FROM THE FEBRUARY ISSUE

Trump and the movement he started have suffered from inconsistent objectives and dubious accomplishments. It is increasingly hard to believe that his comeback campaign can succeed.

In early January, 20 Republicans in the House of Representatives stood up to their Party’s corrupt leadership and forced the adoption of rule changes that will benefit Americans and restrict the activities of Washington’s bipartisan deep state.

Read the Issue
View All Issues

The Age of Nixon 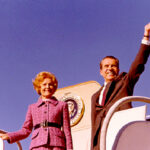 Russell Kirk, a venerated conservative man of letters, weighs in on Nixon’s response to the media-incited campaign against him, from the July 1990 issue of Chronicles. 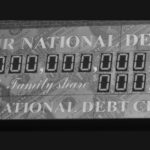 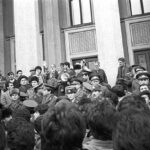 John Lukacs dissects the self-important claim that after the fall of the Soviet Union, world history would culminate in the inevitable acceptance of the American “liberal democratic” model worldwide. 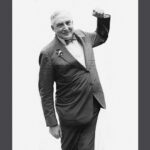 In The Jazz Age President, Ryan Walters sets the record straight about the often-misrepresented Warren G. Harding, who, in his brief time as president, led the country out of a crisis. 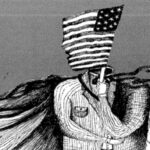 In this 1996 essay, the late Congressman James Traficant illustrates the Washington establishment’s habitual subordination of America to foreign interests. 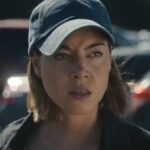 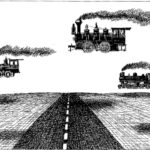 The liberal elites at Davos may come across as insane, but they are actually perversely rational.

Among the pool of potential Republican presidential candidates for 2024, Ron DeSantis embodies the tenets and overall ethos of the more nationalist- and populist-infused "New Right" better than any other non-Trump alternative.

Pete Buttigieg was not elevated to his cabinet post because he has tested experience with transportation. He was put there as a woke advertisement by a less-than-principled president trying to appease the culturally radical demographic in his party.

Leading Democrats have attempted to racialize the death of Tyre Nichols, even though all five cops involved in the incident are black.

Sometime before the end of 2023, the U.S. and its European minions are likely to face an unpleasant choice: risk an open war by reinforcing Ukraine’s depleted ranks with NATO troops, or let Russia prevail.

Our 21st-century civilizational battles are those waged between the popular sovereigntists and the globalist progressives who cling to every would-be "crisis" or "emergency" in a desperate attempt to attain and weaponize ever-more power.

With BLM, as with many other dominant social themes, the problem is not just the organization; it actually is the idea—or more significantly, the function of the idea in the continued transformation of Western society.

If the proposed Israeli judicial reforms are passed, the State of Israel would be more democratic than it presently is, not less.

News anchors refuse to challenge the popular narrative on police racism. Even if they don’t choose the guest or story, they still choose and ask the questions.

Martin Luther King cannot be retrofitted as a conservative. He was at heart an activist of the left, and his ideas were in large part a precursor to critical race theory.

The timing of the leak of Biden's classified document scandal now, just as he begins the second half of his first term, suggests there is real internal turmoil over at the Democratic National Committee over Biden's prospects in 2024.

The case of James Younger and his forced gender transition may be a case of Munchausen syndrome by proxy, and is an example of how woke rule in America is characterized by systemic mental disorder.

The true dividing lines on the right lie on the terrain of American history—the Civil War, Reconstruction, World War I, and the Civil Rights Era—but the conservative establishment's narrative about these topics has grown stale.

Christian believers will remember Benedict XVI as a great teacher of the faith who was never willing to subject Christianity to the destructive standards of post-Christian Western culture.

Listening to the Democrats and their media lapdogs complain about George Santos’s embellished résumé gives chutzpah a new meaning. They are blatant hypocrites, and too many Republicans are happy to endorse the double standard.

The war in Ukraine is most unlikely to end in a negotiated compromise because a mutually acceptable agreement is structurally impossible. It will continue until one side concludes that its continuation is not worth the cost.

The so-called University of Austin, founded by Bari Weiss and Douglas Murray, is an attempt to create a safe space for a renamed left that has rebaptized itself as the moderate right.

"The Case for Christian Nationalism" author Stephen Wolfe has come under fire for laying the intellectual foundation to help Protestants connect religion with a people’s sense of identity.

Truth Delivered to your Inbox