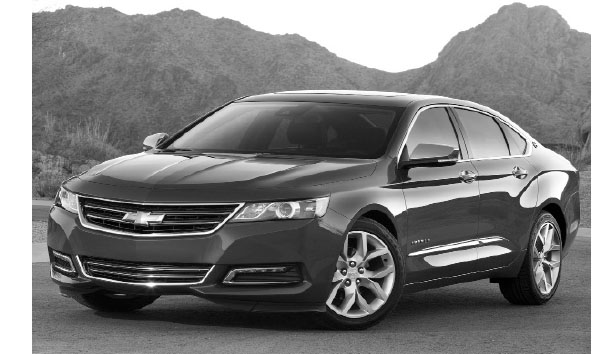 For years, the media and Hollywood have sent the message that anyone who wants to be fashionable should eschew American products and buy foreign ones.  Recently, Mike Rowe, the host of Dirty Jobs, put a different message on Facebook: “If you want to live in a country that builds things, you have to buy things your country builds.”  By the time someone sent Rowe’s comment to me, it had been “liked” by 125,996 Facebook users and “shared” by 122,978.  It wasn’t surprising to see Rowe embrace economic patriotism: He is a pitchman for Ford, and Walmart chose him to advertise its promise to buy $250 billion worth of American-made products over the next ten years.  But other celebrities who don’t share Rowe’s blue-collar persona have also started sending a similar message.  Since 2012, Martha Stewart has been giving an “American Made” award in order to spotlight “the next generation of great American . . . entrepreneurs, artisans, and small-business owners.”

Mike Rowe and Martha Stewart aren’t alone.  A 2013 poll sponsored by Consumer Reports—a magazine that has long disparaged American goods, particularly cars—found that, if given a choice between an American product and an identical foreign one, 78 percent of Americans would rather buy the American product.  Of those who preferred American products, 80 percent cited the importance of supporting American manufacturing jobs and of keeping American manufacturing strong; 60 percent said that they would pay 10-percent more to buy American-made clothes and appliances, and over a quarter said they’d pay 20-percent more.  And 60 percent also cited better quality as a reason for buying American, a sentiment shared by our largest competitor: 60 percent of Chinese respondents said that they would prefer American goods to Chinese ones.

This sentiment is, of course, welcome.  But, for many American workers and manufacturers, it may come too late.  The numbers are grim.  The United States has not run a trade surplus since 1975, and we are approaching ten trillion dollars in cumulative trade deficits since George H.W. Bush became president.  Since George W. Bush took office, we have lost roughly 56,000 manufacturing facilities, and some six million manufacturing jobs disappeared between 2000 and 2010.  In 2010, China also surpassed the United States as the world’s largest manufacturing nation.  Even manufacturing output is down.  The USBIC’s Alan Tonelson wrote on May 15 that real manufacturing output is now below what it was in December 2007, the pre-recession peak.  Whole industries have disappeared from America.  Author Roger Simmermaker, who has been promoting American goods since the mid-1990’s, wrote in 2010 that consumers could not buy an American-made clock radio, DVD player, cellphone, cordless phone, television, computer printer, copier, fax machine, or toaster oven.  (Since then, Element Electronics has begun making televisions in Michigan, but the vast majority of electronic goods remains foreign-made.)  By 2013, upward of 97 percent of apparel sold in the United States came from abroad.

Many of the men (and they are mostly men) who used to do those manufacturing jobs have not regained the economic ground they lost.  And neither have the many communities that have seen local manufacturing jobs shipped off to Mexico or China.  A recent article in Politico, entitled “As Factories Die, Income Gap Grows,” quoted economist Howard Wial of the Brookings Institution as tying the decline in manufacturing to the decline of the American middle class: “People who are displaced from high-paying manufacturing jobs spend a long time unemployed, and when they take other jobs, those jobs generally pay less.”  In the same article, University of Chicago economist Erik Hurst noted that the decline in manufacturing accounted for 40 percent of the increase in joblessness from 2000 to 2011, and that, for many former manufacturing workers, the economy “hasn’t rebounded at all.”  Professors Wial and Hurst are echoing Canadian academic Vaclav Smil, whom I cited in these pages in February: “In every society, manufacturing builds the lower middle class.  If you give up manufacturing, you end up with haves and have-nots and you get social polarization.  The whole lower middle class sinks.”  The dramatic decline of American manufacturing did not need to happen, and the reintroduction of the tariff or the introduction of its equivalent, such as a border-adjusted VAT, would help revive American manufacturing.  Unfortunately, since our politicians are all financed by the same interests that have grown rich as Middle America sinks, such a prospect seems remote.

Decisions by millions of consumers to buy American products rather than foreign ones would also help revive American manufacturing.  Of course, such decisions are made more likely by the realization that we must be producers before we can be consumers, that a country without a strong manufacturing sector cannot prosper for long, and that if Americans cannot count on other Americans to buy what they make, they are unlikely to make things for long.  Even apart from these considerations, though, there increasingly is another compelling reason to buy American: American is better, as those whose pets died from eating Chinese-made pet treats or whose homes were ruined by Chinese-made drywall can attest.

The same Consumer Reports article describing the poll showing a strong preference for buying American listed numerous American products whose quality is unquestioned, including Kirby, Oreck, and Shop-Vac vacuum cleaners, Pyrex glassware, Viking and Wolf ranges, Briggs & Stratton engines, Maglite flashlights, Stihl gasoline-powered equipment, Airstream trailers, Annin flags, Sharpie markers, and Steinway pianos.  Nor are American goods necessarily more expensive.  Roger Simmermaker told USA Today in 2011 that “It’s a fallacy that most US products cost more. . . . Sometimes it just takes more research to see what other brands are out there and which retailers are selling them.”  Simmermaker amusingly proved his point in a November 21, 2011, WorldNetDaily column, in which he described how he found cheaper American pens, hats, and T-shirts to replace the Chinese pens, hats, and T-shirts emblazoned with American slogans that Bill O’Reilly was peddling to his viewers, ostensibly because O’Reilly could not find American goods for the same price or in the same volume.

Consumer Reports recently made news by doing something it had never done—giving an American car the highest rating of any sedan.  The magazine reported that its engineers found that the 2014 Chevrolet Impala “rides like a luxury sedan, with a cushy and controlled demeanor, while delivering surprisingly agile handling, capable acceleration, and excellent braking.”  Consumer Reports also noted that the “Impala is competitive with cars that cost $20,000 more, including the Audi A6 and Lexus LS460L, as well as the recently reviewed Acura RLX and Jaguar XF.”  After the Impala made news by impressing the import-friendly magazine, USA Today quoted Consumer Reports’ director of automotive testing, Jake Fisher, as saying, “The Impala’s performance is one more indicator of an emerging domestic renaissance. . . . We’ve seen a number of redesigned American models—including the Chrysler 300, Ford Escape and Fusion, and Jeep Grand Cherokee—deliver world-class performance in our tests.”

The 2014 Impala also scored high on another test, American University’s Kogod Made in America Auto Index, the only measure of automobile domestic content that takes into account where cars are engineered and where corporate profits go.  The Impala was tied for fourth place, and GM, Ford, and Chrysler models occupied each of the top-ten slots, in part because even the foreign cars that are assembled here tend to be engineered abroad.  In 2011, Roger Simmermaker quoted Toyota Camry chief engineer Yukuhiro Okane as stating that Toyota was not ready fully to develop and design the Camry in the United States because Toyota “doesn’t have the guarantee that there is the existence of the facility or know-how in the United States.”  (The Impala’s chief engineer is Todd Pawlik, a graduate of Purdue and Rensselaer Polytechnic Institute.)

Perhaps the best illustration of how an emphasis on quality can help revive an industry is craft brewing.  Even as Anheuser-Busch, Miller, and Coors have unfortunately become part of foreign conglomerates, thousands of new breweries have sprung up around the country.  According to the Brewers Association, there are now 2,772 regional breweries, microbreweries, and brewpubs in the United States, the highest number since the 1870’s.  In 2013, craft-beer sales rose 17.2 percent, while the sales of imported beer declined .6 percent, and American craft brewers sold 15,302,838 barrels in 2013, over half the volume of all imported beer.  Because of the way craft brewers make and market their wares, they are deeply rooted in their communities.  Great Lakes Brewing Company, which was founded in Cleveland in 1988, now sells some 125,000 barrels in 13 states and the District of Columbia, but its expansion has all taken place in the same neighborhood where it began.  And many of these breweries believe that the road to prosperity includes paying their employees more than the market requires.  Short’s Brewing Company in Bellaire, Michigan, recently made news by announcing that it had already implemented the increases in the state minimum wage scheduled to go into effect in 2018.  Matt Drake, the company’s chief operating officer, stated that “Short’s goal is to make pubtending a viable career choice, because it also benefits us in the long run.”  Henry Ford once offered a similar explanation of why he was paying his assembly-line workers more than his competitors.

If American manufacturers can find a way to combine high quality with a commitment to their communities and their workers, they may just succeed in turning back the import tide, despite the indifference and even the hostility of their government.

Previous PostIs America Still a Nation?Next PostPatching It Up With Putin