Faith of Our Fathers, Living Still 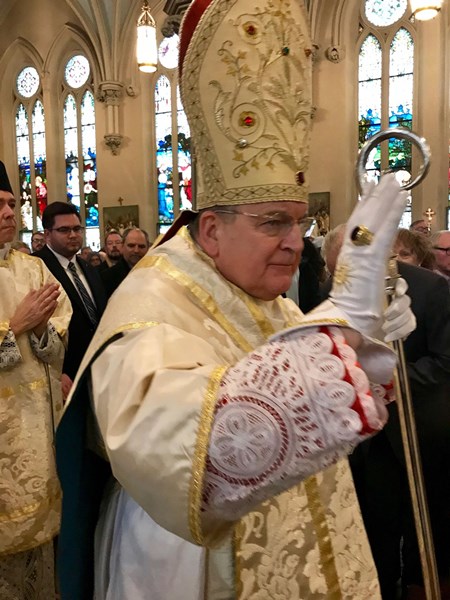 patronal feast day of the United States and of that venerable Cleveland parish. What I witnessed was so memorable that I thought it was worth sharing with Chronicles readers, several of whom I recognized in the congregation.

What first stood out was the sheer size of the congregation. The church was packed, with every seat in every pew taken and some people standing in the back of the Church throughout the Mass. A friend who works at NASA did the math: there were roughly 750 people sitting in the pews. Another friend who created a program with the propers for the liturgy and the words for the music [see below] the congregation was asked to join told me that only 300 programs were printed, because the organizers thought that the congregation would be no bigger than that. 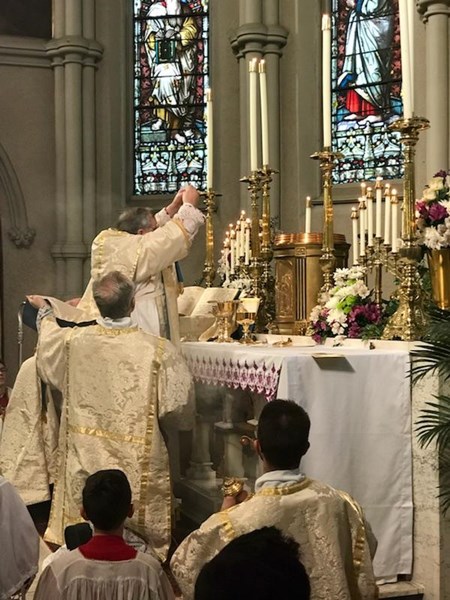 during the Mass, singing “O Salutaris Hostia” and “Pange Lingua Gloriosi” during Benediction, and singing “Holy God We Praise Thy Name” and “Immaculate Mary” during the recessional. The congregational singing was particularly impressive because fewer than half of the congregation had programs; many people were singing from memory. We all know that “Catholics can’t sing,” but that truism does not describe what happened at Superior and E. 41st last Saturday.

What stood out throughout was beauty. Students from the Lyceum, a classical Catholic high school on the east side of Cleveland, sang exquisitely from the entrance procession until the recessional, accompanied by an organist described by my friend who prepared the program as one of the finest in the Diocese of Cleveland. The combination of music, incense, beautiful vestments, and the Gothic architecture and religious art of the church made a powerful aesthetic impression

Hand in hand with beauty went reverence. Although the presence of Cardinal Burke undoubtedly contributed to the size of the congregation, the focus throughout was on the reverence due to God, not on Cardinal Burke. There was nothing Cardinal Burke did to draw attention to himself, and his homily was a wonderful  explication of Marian doctrine, with the only mention of contemporary concerns a brief reference to problems well known to any American Catholic in connection with a reminder to pray for our country on its patronal feast. Indeed, Cardinal Burke passed within a few feet of me during the Eucharistic procession, and the face I saw was of a man deep in prayer.

What also stood out throughout was the great effort it took to create such a memorable religious experience. The Mass was broadcast by AM 1260, part of the constellation of 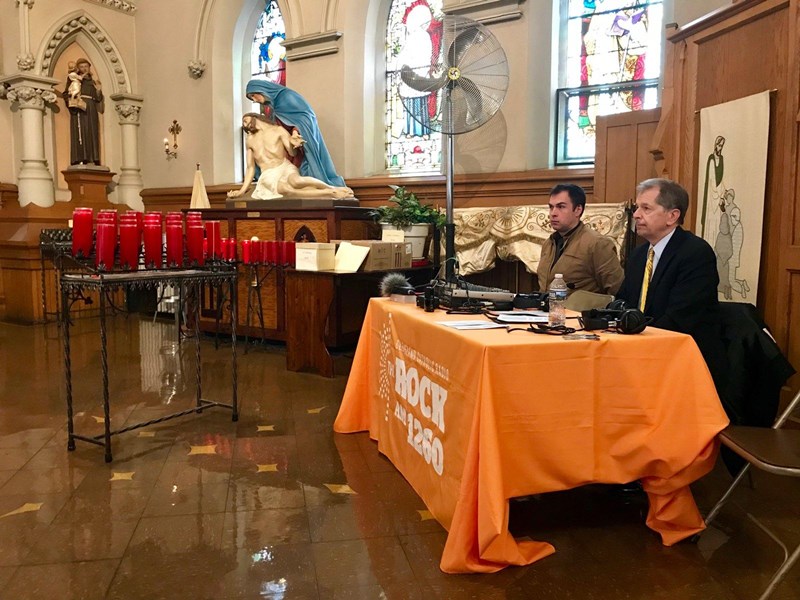 Catholic radio stations founded by dedicated laity over the last 15 years or so. I sat near the announcer, who was reverently describing the Mass to the station’s listeners. (He also impressed that reverence on his children, one of whom was ordained to the priesthood at the Ukrainian Catholic cathedral in suburban Cleveland this past summer). The Knights  of Columbus provided a wonderful honor guard, the people of the parish provided a warm reception after the Mass, and all the acolytes and priests gave of their time to give us such a splendid example of Catholic worship. Many of these people bring the same amount of effort every week, for Masses that are far less well attended, including my friend who provides programs with translations of the propers for the Latin Mass throughout the liturgical year. There are far more people than one might at first suspect dedicated to the survival of Christianity throughout the civilization that would not exist apart from Christianity.

Afterwards, I was talking to one of the priests who helped organize the Mass. I told him that, for me, the highlight was chanting Credo III along with a large congregation, singing in unison those words that define what we believe. The priest said that that was what they had hoped to achieve by including the Creed in the program and urging the faithful to sing along, and also expressed his pleasure that the results far exceeded his expectations. Particularly meaningful for me, I told him, was proclaiming “Et unam sanctam catholicam et apostolicam Ecclesiam” along with hundreds of my fellow Catholics. I was thinking in part of the sort of distressing headlines that have dominated news about the Catholic Church in recent months, and the way some have used that news to advance their own agenda of trying to undermine Catholics’ attachments to the Church. I kept those particular thoughts to myself, but the priest opined that we needed to keep proclaiming those words with gusto. After all, the Faith is about far more than the sins of some of those who profess it, no matter how egregious those sins might be.

All that I saw at Immaculate Conception last Saturday will help me to follow that priest’s wise advice. Indeed, as I drove back to my home in the suburbs from that inner city parish, I kept thinking of the words from Fr. Faber’s wonderful  hymn, “Faith of our fathers, living still.” 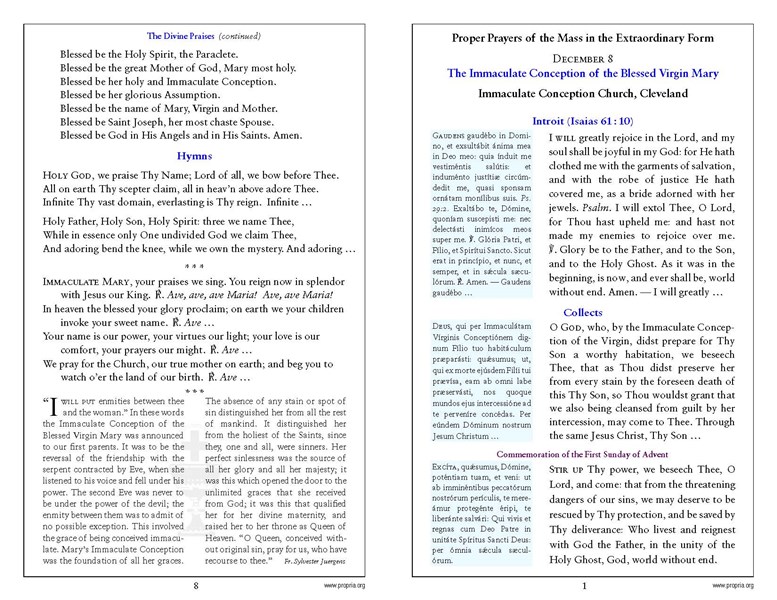 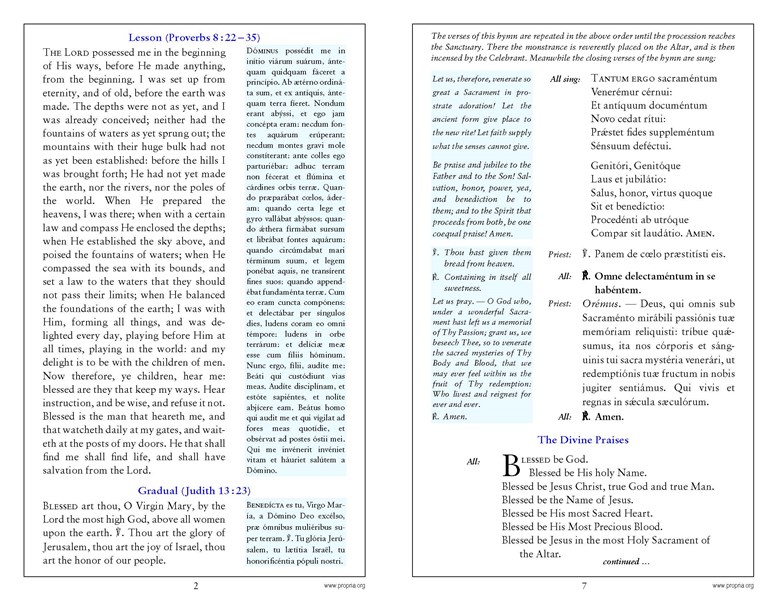 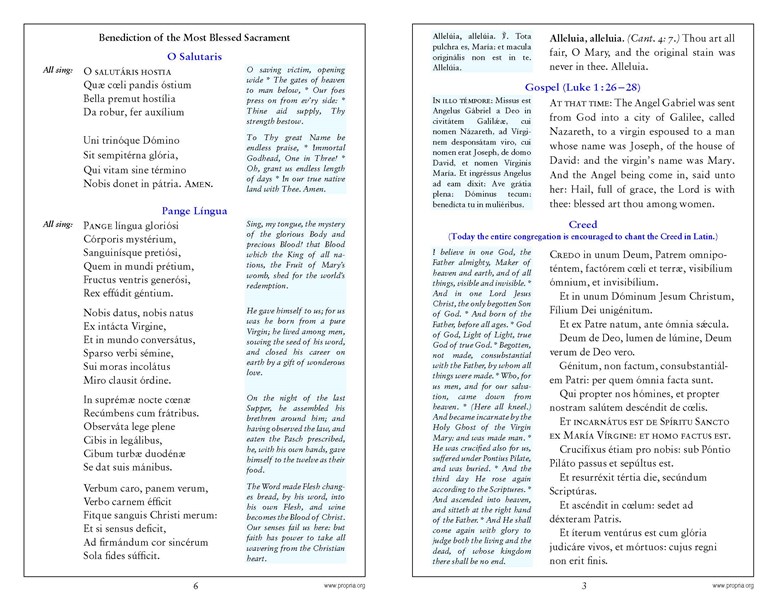 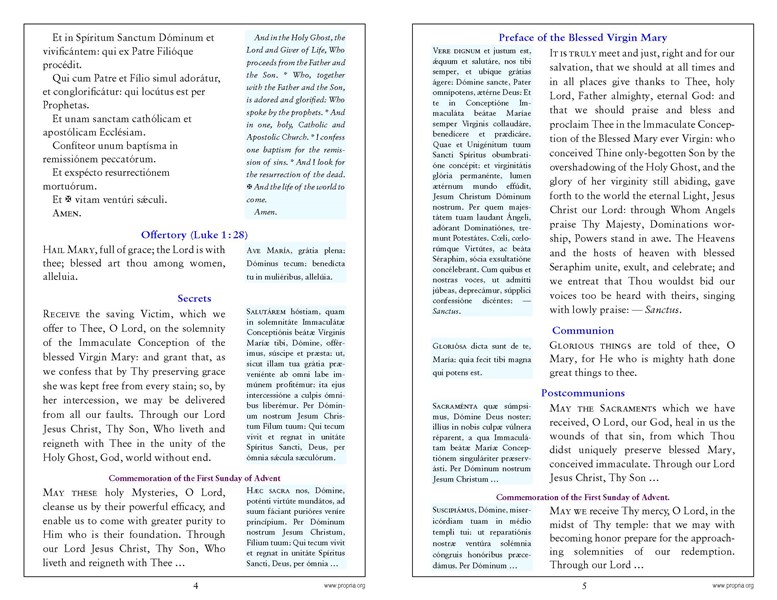