Is Liberal Democracy an Endangered Species? 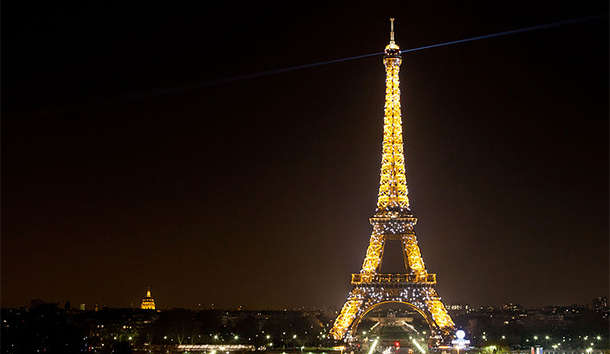 Galston’s diagnosis is not wrong, and his alarm is not misplaced.

Yet why does America’s great export, liberal democracy, which appeared to be the future of the West if not of mankind at the Cold War’s end, now appear to be a church with a shrinking congregation?

Why is liberal democracy losing its appeal?

A front-page story about France’s presidential election, in the same day’s Journal, suggests an answer.

In the final round next May, the French election is likely to come down to a choice of Marine Le Pen or Francois Fillon.

Le Pen is the “let France be France” candidate of the National Front. Fillon is a traditionalist Catholic from northwest France, home to the martyred resistance of the Revolution—the legendary Vendee.

Fillon won practicing and nonpracticing Catholics alike by a landslide, and took 3 in 5 votes of those professing other faiths.

Le Pen wants France to secede from the EU and move closer to Vladimir Putin’s Russia. The five million Arabs and Muslims currently in France, the prospective arrival of millions more, and recent Islamic terrorist atrocities have all propelled her candidacy.

Fillon succeeded in his primary by identifying himself as a man of Catholic beliefs and values and an opponent of same-sex marriage and abortion. He does not repudiate secularism, but believes that the France that was “the eldest daughter of the church” should also be heard.

Together, what do the Le Pen and Fillon candidacies tell us?

France and Europe may be moving inexorably away from a liberal democratic, de-Christianized and militantly secularist America. If we are the future, less and less do France and Europe appear to want that future.

While our elites welcome the Third World immigration that is changing the face of America, France and Europe are recoiling from and reacting against it. The French wish to remain who and what they are, a land predominantly of one language, one culture, one people.

America preaches that all religions are equal and should be treated equally. France does not seem to share that liberal belief. And just as the Middle East seems to want no more churches or Christians, France and Europe appear to want no more mosques or Muslims.

Where America’s elites may celebrate same-sex marriage and “reproductive rights,” more and more Europeans are identifying with the social values of Putin’s Russia. Pro-Putin parties are surging in Europe. Pro-America parties have been facing losses and defections.

“Because human beings are equal, any form of ethnocentrism that denies their equality must be rejected,” writes Galston.

That may well be what liberal democracy commands.

But the 24 nations that emerged from the disintegration of the USSR, Czechoslovakia and Yugoslavia were all built on ethnonational foundations—Croatia and Serbia, Estonia and Latvia, Georgia and Armenia, Azerbaijan and Moldova.

And was it not their unique ethnic identities that caused South Ossetia and Abkhazia to break free of Georgia?

Indeed, if what America has on offer is a liberal democracy of 325 million, which is multiracial, multiethnic, multicultural, multilingual, which celebrates its “diversity,” then where in Europe can one find a great party preaching this as the future their country and continent should embrace?

European peoples are largely fleeing from the future America preaches and promises.

Europe’s nations are rising up against what liberal democracy has produced in the USA.

Galston contends correctly that, “few leaders and movements in the West dare to challenge the idea of democracy itself.”

True, so far. But worldwide, Caesarism appears on the march.

Russia, China, Turkey, Egypt and the Philippines exemplify the new popularity of the strongman state. Western liberals initially cheered the Arab Spring, but what it produced curbed their enthusiasm. Free elections in Palestine and Lebanon produced victories for Hamas and Hezbollah.

Though Galston chastises the Polish and Hungarian governments as illiberal democracies, they seem to remain popular at home.

What, then, does the future hold?

The present crisis of Europe has been produced by the migration of tens of millions of Third World peoples never before assimilated in any European nation, and by the pollution and poisoning of these nations’ traditional culture.

This has caused millions to recoil and declare: If this is what liberal democracy produces, then to hell with it.

And if Europe is moving away from what America has become and has on offer, what is there to cause Europeans to turn around and re-embrace liberal democracy? Why not try something else?

In Brexit, the English were voting against the diverse liberal democracy that their capital of Londonistan had become.

Donald Trump’s victory represented a rejection of Barack Obama’s America. And whether he succeeds, what is there to cause America to look back with nostalgia on the America Obama came to represent?

Our Founding Fathers believed that democracy represented the degeneration of a republic; they feared and loathed it, and felt that it was the precursor of dictatorship. They may have been right again.