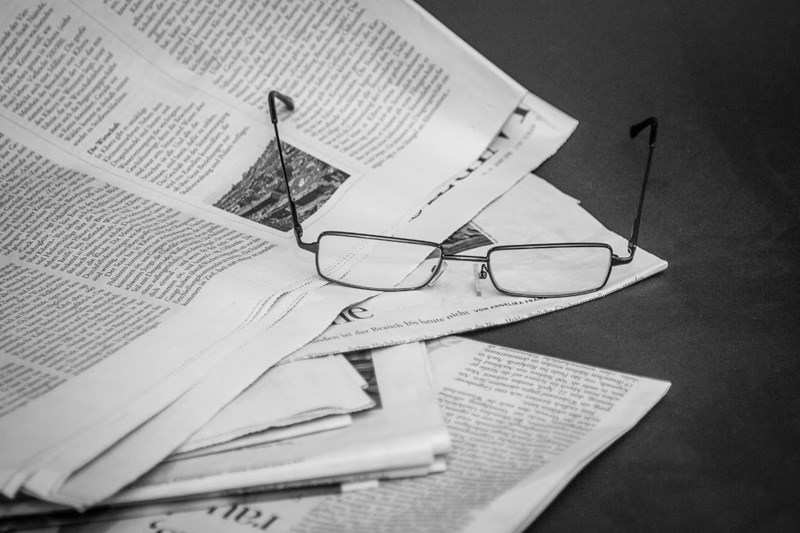 The world needs a common way of viewing the world. But it won’t likely have one anytime soon, as everyone is too set on enjoying (on no express warrant) “the right to be heard,” and the media is filling all ears with junk and gunk—the trademarks of an embarrassing moment in history. And we can’t simply blame Donald Trump, either. No, the fault is pretty much everyone’s.

I come to these present reflections through membership in a profession nominally dedicated to the quest for truth. Do we care what Megyn Kelly said on TV to Alex Jones? Do we care what Jones said back to her? Has it come to this—that “truth” is other than it was thought to be in the age of Aristotle or, for that matter, Walter Cronkite?

Jones is out for himself, likewise Megyn Kelly and her NBC employers. For Kelly, this interview was about showing up Donald Trump for relying too heavily, supposedly, on the views of a self-anointed expert—a mouth like many other mouths, really, with nothing to say and millions ready to hear him say it (e.g., his conspiracy theory that the Sandy Hook school massacre never occurred). The acquisition of profit and wealth—in the name of public service—is the unifying feature here. The more people you can get to watch, the more money you make.

I’m going to talk some non-politics here, so duck. Politics is the only topic Americans seem to want seriously to address today: this policy or that one; this “investigation” or another; election elite, establishment; Chuck Schumer, Robert Mueller, Jared Kushner; little of it interesting save in a secondary, under-the-surface way.

Politics doesn’t get at this business of why we wait for Megyn Kelly to dress down Alex Jones, as demanded last week by bien-pensants of the right and the left.

Two complementary breakdowns are underway in modern America: one in education, the other in moral understanding.

Both proceed from the winding-down of normative guidelines: things to do; things to avoid doing; things to make you wiser—as if that were anyone’s business but yours!

The educational breakdown centers on the abandonment, especially over the past half-century, of respect for things as they ought to be, as reflected chiefly in the overlapping, if scarcely identical, traditions of Judaism and Christianity. Religion’s “interferences” with the license to do whatever you’d like have weakened seriously in our time the ministry of pulpit and altar. Few Americans with master’s degrees want to be pushed around by invisible “gods.” Our education apparatus today teaches skepticism, doubt, dislike of the past—anything but pride in moral inheritance.

Which brings up the matter of that inheritance—built in our history on respect for liberty under God. Rights, so the founders mostly insisted, came from God. We had perforce to be careful of them. We had to value and use them well. The tradition of free speech didn’t mean running off at the mouth. It meant entertaining opposed or contrasting ideas in order to grow in understanding of our identities, duties, obligations and opportunities. Free speech helped us grow; it clarified. It wasn’t just some rationale used by television to bolster ratings.

We don’t hear much talk these days about liberty, do we—liberty, with its attendant obligations and deep possibilities for human achievement? At least—boy, oh boy!—we got that Jones character in the hot seat, strengthening in the process Megyn Kelly’s credentials as a job-hopping journalist.

We used to hear it said, “Ye shall know the truth and the truth shall make you free.” It seems by modern criteria to make you something even better: rich, famous, influential; a source of quotes and endorsements and speaking gigs. “One of the main purposes of journalism,” a former CNN president told the New York Times, “is to expose characters like Alex Jones and hold them accountable, especially when they hold such attention from the president of the United States.”