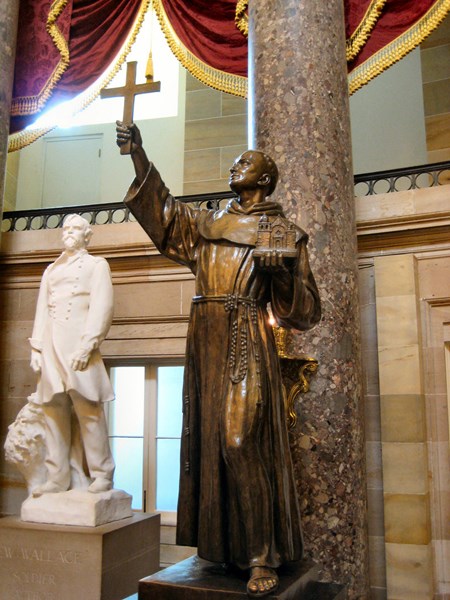 Hillary Clinton’s presidential campaign has spilled the beans: She intends to “liberate” Christians, which means Latinos, from their self-imposed delusion—which, surely, is Christianity and belief in God. Mrs. Clinton’s strategy not only calls for undermining Christian-inspired organizations and businesses but aims to “privatize” religion entirely. The best way to achieve these objectives, as revealed in emails between John Podesta, Mrs. Clinton’s 2016 Campaign Chairman, and Sandy Newman, President of the fanatical Voices for Progress, is to destroy the intellectual underpinning of the Judeo-Christian worldview. Are Latinos aware of this?

Mrs. Clinton’s advisors mock Christians (Catholics, Baptists, Evangelicals, etc.), and call us “severely backwards” and needy—a tactic designed to demoralize believers. No wonder a large percentage of Latinos is hopping mad at Mrs. Clinton and her henchmen; her anti-Christian policies strike at the heart of our culture.

As an Hispanic-American, I now clearly see that a vote for Mrs. Clinton is a vote for the ruin of our Latino heritage and of our family and community values. Mrs. Clinton believes that Christians have been living in the Dark Ages for the past 2000 years and insults us as if we were uncreative and sloth-like cave dwellers. Does she think that demeaning us is a good way to win our vote?

Mrs. Clinton’s anti-Christian agenda threatens our core way of life. Preaching recently at a forum, she herself named religion as a source of inequality and claimed that “deep-seated cultural codes, religious beliefs and structural biases have to be changed.” In other words, she wants to drive Christianity underground. We will not let that happen.

It is a matter of public record, for example, that Mrs. Clinton’s anti-Christian ideology seeks to remove California’s own Fray Junípero Serra from public spaces, including from the US Capitol. In her drive to reach her ideological goal of stripping humanity of irredeemable religious thinking, expect that La Virgen de Guadalupe will be, so to speak, shipped back to Mexico. Do Latinos agree with that?

Does Mrs. Clinton really think that we Latinos will give up our symbols and sacred traditions easily? Does she think that Latinos will just roll over and allow her clique of anti-Christian fanatics to remove our saints and crosses from restaurants, hospitals and community centers?

I ask Hispanic-Americans—would you exchange your Christian identity for a new set of secular values and the promise of money? Do the major media not understand that Latinos will fight to defend the public display of La Virgen de la Caridad del Cobre and La Virgen de Guadalupe in barrios from San Diego to Albuquerque, El Paso and Miami?

For Latinos, Christmas Day, despite what secularists might say, is not the same as New Year’s Day—is not such thinking reminiscent of the USSR? Soviet Union. Mrs. Clinton will never convince us that Saint Juan Diego is only a clever Mexican who dreamed up a fake story about the appearance of La Virgen de Guadalupe to gain notoriety. But isn’t that what Mrs. Clinton’s enlightened representatives want us “poor needy” Latinos to believe?

On November 8, the fundamental right of all Latinos to live in a society that guarantees religious freedom may disappear (for decades) if Mrs. Clinton is elected the next President of the United States. As Latinos, do we really want Mrs. Clinton and her all-powerful Supreme Court to trample on our religious traditions, and, in effect, send our Christian symbols back to Mexico, Cuba and El Salvador?

Why trust Mrs. Clinton when she violates our Christian consciences on issues concerning the most fundamental questions about life, gender and marriage? Whatever problems we may have, the saints show us the meaning of fraternity, kindheartedness, altruism, love, patience, hard work, persistence and tolerance rather than division, envy, hatred and greed; at the end of the day, no government program or pay off can serve as a substitute for our cherished traditions.

Does Mrs. Clinton’s secular ideology not strike at the core of our identity? Are we not fed up with her snotty gambits to win us over (like dimwitted sheep)? Is not Mrs. Clinton’s insensitivity towards our most intimate beliefs insulting? We are a proud, self-respecting, honorable and reliable folk, who hate double-talk and victimization. We have died in the tens of thousands to defend the United States from the enemies of freedom.

Mrs. Clinton only wants our votes, seems to despise the deep meaning of our Christian symbols and couldn’t tell the difference between “vanilla ice cream with chocolate sauce” and “juevos rancheros con frijoles negros.” She is not one of us! Her plan aims to keep us dependent, and the best way to achieve that goal is to strip us of our dignity and heritage, which is born of our Christian values and worldview.

A President Hillary Clinton would appoint to the Supreme Court radicals who will do away with our Latino Christian culture and deep values.

Don’t tell me later that you didn’t know what Mrs. Clinton and her gang were up to.

Dr. Alberto Martinez Piedra is the Donald E. Bently Professor of Political Economy at the Institute of World Politics and former U.S. Ambassador to Guatemala. He is Professor Emeritus in Economics and Business at the Catholic University of America.

Previous PostA Presidency From Hell?Next PostThoughts From Europe on the Eve of an Historic U.S. Election: “Crossing the Threshold of Hope”