Groupthink is the grand code of political commentary, together with its corollary; groupthink is wrong, nearly all the time. Last year saw a spectacular instance in British politics. Nick Clegg, leader of the Liberal Democrats party, accepted a challenge from Nigel Farage to debate the EU on TV. “He’s mad!” we said. “Nobody comes alive out of a bout with Nigel under Queensberry rules.” The debate went ahead, with a large contingent of media people watching agog in the reception area, all solid for Clegg. After five minutes, I turned to my wife and said “If I were refereeing, I’d stop the contest. This is murder.” And so it proved. My point is that at the end, while waiting for the result of the phone-in, the media, milling around before the cameras, were happy with Clegg’s performance. “Our boy done good!” they said, in the parlance of the football field that comes so naturally to the media. And then, half an hour later, the result was announced. Over 70% of the viewing population thought that Farage had won. Large skid marks were then observed in the wake of the pundits. And they had had the evidence of their own eyes and ears. 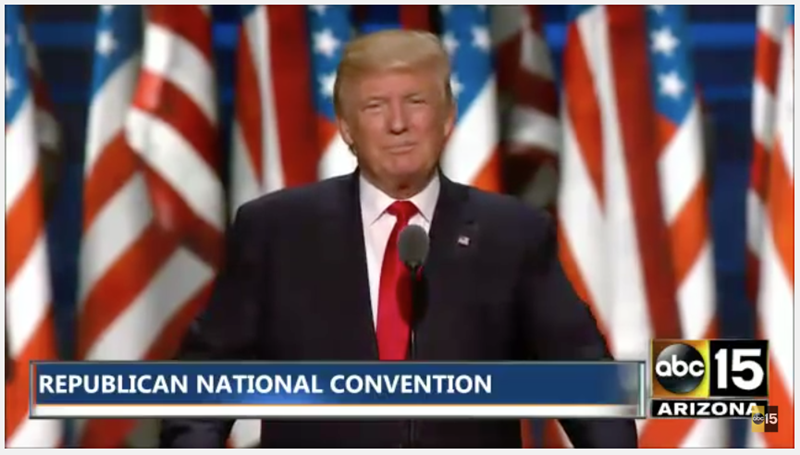 Cut now to Donald Trump. I pass no judgment on his candidacy. But the reaction from High Liberalism (which is often camouflaged, inadequately, as conservatism) is hysterical. Here is Max Hastings in the Daily Mail, usually thought of as a right wing journal: “The appalling truth is that Trump is as stupid and ignorant as he seems.” A touch over the top, surely? For a man with his limited capacities he does seem to have done rather well. And his core thinking is not at all bad. On the American Civil War, for example, he says “I think they could have settled without war. I always felt that the South overplayed their hand.” How many, South and North, would disagree today? He is a deal man, and clearly feels that a deal with Vladimir Putin is possible. Would this be such a bad thing? After all, Bismarck’s advice to his own people was: Make a good treaty with Russia. The demonizing of Russia is no basis for a rational foreign policy. The commentariat seems not to have got beyond the elementary proposition “Gorbachev good/Putin bad.” I see nothing outrageous in the idea that the lesser European nations in NATO will have to pay more dollars for their immensely beneficial protection. They’ll get them back from the EU anyway.

And let us not forget the heart-warming evidence of the commentariat’s War on Plagiarism (that scourge of academe, with which, at a round guess, some 50% of all college-educated people have intimate acquaintance). Tim Stanley, sketchwriter for the Daily Telegraph and present at the Republican Convention, holds up his hands in horror: “Her [Melania Trump’s] words, it turned out, were not all her own. They had been stolen from Michelle Obama.”  “Stolen!”  Spoken, surely, in the tones of the old movies, “Blackmail is a very ugly word.”

It is impossible to take seriously the groupthink on Trump. A final instance: in the latest Spectator, a supposedly right-wing journal, prints a derisive, self-indulgent account of the Republican Convention by its Deputy Editor, Freddy Gray. Its subheading is: “Is civilised society breaking down, or does it just look like that from Donald Trump’s convention?” This stuff used to be called tabloid journalism. True, Conrad Black, on the facing page, puts the opposite viewpoint with hard and informed realism. He would never make it as a paid-up group associate. Cromwell had a term for the high-minded Puritans in his Parliament, “the Saints.” He couldn’t purge the Saints then, and nobody can today. The Saints are marching in, always. But don’t back them.

Previous PostTed Cruz and the Trump TakeoverNext PostWill Putin Get a Pulitzer?