Stand for the Flag! 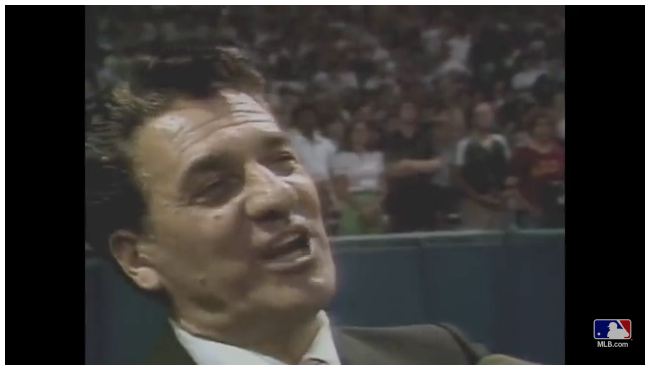 I have attended many professional sporting events, and I have no memory of any of my fellow spectators failing to stand for the National Anthem. Standing for “The Star-Spangled Banner” is widely recognized as a matter of common courtesy. It also represents a moment of unity, even between fans who will be cheering for different teams as soon as the singing stops. Indeed, during last year’s playoff game between the Cleveland Indians and the Toronto Blue Jays, I stood for “O Canada” just as the Blue Jays fans sitting by me stood for “The Star-Spangled Banner.” Fans from both countries knew that not standing for the other country’s anthem would rightly be seen as an act of disrespect.

Now, all of a sudden, we are being asked to ignore the standards fans willingly follow and conclude that the people breeding “division” and breaching the bounds of etiquette are those taking exception to the privileged and pampered millionaires who refuse to stand for our country’s National Anthem. Of course, Americans have the right to disagree with their government, and with each other. But it is nonsense to pretend that an agreement that we have the right to disagree with our leaders and with each other is sufficient to keep our nation together. All nations, including ours, need a shared love of the country to remain united. Standing for the National Anthem at a ball game is a modest attempt to cultivate such a shared love, and if the fans ever begin emulating the protestors on the field it will be a sure sign that that shared love has been lost. The people breeding division and flouting etiquette are the players refusing to stand for “The Star Spangled Banner,” and fans (even fans who live in the White House) have every right to expect those athletes to stand.

This controversy reminded me of someone I had not thought of in years, and someone most Americans have never heard of, the late Rocco Scotti. Scotti sang the National Anthem at Cleveland Indians home games for many of the years during the franchise’s long residence at the bottom of the American League. Scotti estimated that he sang Francis Scott Key’s composition roughly 10,000 times, often in a largely empty, cavernous Municipal Stadium. As Scotti quipped, “My audience was mainly ushers and peanut vendors.” Despite the often sparse crowds, Scotti clearly loved singing the National Anthem. Unsurprisingly, he also loved the country he sang about so many times: “This is my country and I am a proud American of Italian descent.” By refusing to stand for the National Anthem, the NFL protestors are expressing a sentiment precisely opposed to the one expressed by Scotti.

Fortunately for Scotti, he never had to deal with athletes who weren’t willing to at least appear grateful to be American. Contrast this video of Scotti singing the Star-Spangled Banner at the 1981 All Star Game with the scenes from all too many of last Sunday’s NFL games. I suppose it is possible to conclude that it is more edifying to watch displays of ostentatious ingratitude by men made rich by America than what Scotti provided, but, frankly, I’d rather not contemplate the twisted reasoning that would lead to such a conclusion.