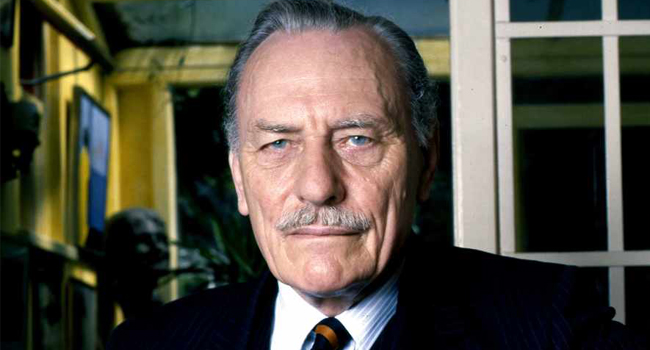 British statesman Enoch Powell began his most famous speech with this observation: “The supreme function of statesmanship is to provide against preventable evils.”  I thought of Powell’s cogent dictum often over the last week or so, as Rod Dreher (and others) have been loudly insisting that Trump’s moral failings prevent Christians from voting for him, and even implying that supporting Trump somehow represents a betrayal of Christianity.  Even more recently, Dreher has tweeted, “By the time this thing is over, Trump will have indelibly stained everyone who stood with him.  Christians, please think hard about this.”  Since tens of millions of American Christians of all denominations will in fact end up voting for Trump, that’s an awful lot of indelible stain to go around.

Of course, virtually no one will be voting for Trump because of his moral failings.  Those failings are an embarrassment to his supporters and a source of joy to his detractors.  Not even Trump is defending those failings.  (I discussed those failings here.)  He has apologized forthrightly for his comments on the Access Hollywood tape, and denied that he behaved badly toward the women who have come forth on the eve of the election to accuse him of unwanted kissing and groping.  And, at this early stage, it seems that Trump’s denial is more believable than some of the accusations, including the claim that Trump groped a woman like an “octopus” in a first class cabin three decades ago.

Since Trump’s boorishness is not the basis for his support among Christians, the question is whether there are reasons that would justify Christians deciding to vote for Trump.  The answer to that question is an emphatic yes, since there are clear differences between Trump and the only other person running with a chance of being elected president on November 8, Hillary Clinton.  There are in fact numerous differences on important issues between Trump and Clinton, but two are particularly relevant in considering Dreher’s fulminations against Trump: religious liberty, which Dreher believes is imperiled by the Democrats, and the prospect of yet more American intervention in the Mideast, opposition to which is the raison d’être of the American Conservative, the magazine for which Dreher writes.

The Obama administration began something new in American history, an attempt to deprive mainstream Christian bodies of the ability to run their institutions according to the dictates of their religious beliefs.  There is little doubt that a Clinton administration would intensify this assault on the autonomy of Christian institutions.  Indeed, Clinton has spoken of the need of Christians to change their beliefs to conform to today’s leftist consensus, and the Clinton emails released by Wikileaks show that close advisers to Clinton created organizations to help undermine the “middle ages dictatorship” that is the papacy and end the “severely backward gender relations” that supposedly mark Catholicism.  The Supreme Court, though, put up a roadblock to the Democratic Party’s assault on religious freedom in its 5 to 4 decision in the Hobby Lobby case.  But, with the death of Antonin Scalia, that decision now hangs by a thread, and whether it remains good law will be decided by the justice chosen to replace Scalia. It is virtually certain that a justice chosen by Hillary will cast the deciding vote to overturn Hobby Lobby and give the green light to a renewed assault on religious liberty.  After all, the last Democratic justice who deviated from leftist orthodoxy on social issues was Byron White, appointed by John F. Kennedy in 1961.

The differences are also stark over the American role in Syria.  Clinton, the architect of the disastrous decision to overthrow Khadafy in Libya, is equally committed to regime-change in Syria, even at the risk of confrontation with Russia.  Trump, on the other hand, has no desire to plunge us into another Mideast war, much less one that might also bring about war with Russia.  We know from our sorry experience since 2001 how disastrous intervening in the Mideast has been for America.  We also know how disastrous it has been for Mideast Christians.  And a victory for the forces backed by Clinton in Syria would be a calamity for Syria’s Christians.

A victory for Trump, then, at least offers the possibility of preventing the evils of an acceleration of the assault on religious liberty and further American intervention in the Mideast.  Powell ended his speech by declaring, “All I know is that to see, but not to speak, would be the great betrayal.”  Dreher sees the preventable evils represented by a Clinton administration, but he is speaking out not to prevent those evils, but to remove a principal obstacle to their realization.  After watching Dreher almost gleefully wash his hands of the problems of contemporary America, I’m beginning to wonder if he should choose a new patron for his much touted “Benedict option” and replace the sturdy father of Western monasticism with the Roman procurator who washed his hands of the problem brought to him one Friday morning in Jerusalem.