The Tyranny of Non-Thought 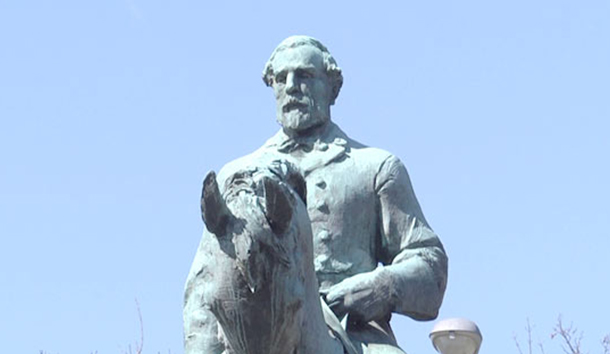 The sullen self-righteousness of the progressive left (i.e., “We’re right, and the rest of you can go to the hot place!”) glows on college campuses everywhere but also in big cities—such as my beloved New Orleans, come to think of it: a locality embroiled in useless controversy over the removal of four Confederate-themed statues.

City government wants to consign the public images of Jefferson Davis, P. G. T. Beauregard and even Robert E. Lee to a sanitized existence far from daily sight. (An obelisk marking local resistance to Louisiana’s Reconstruction government is likewise targeted.) To what end?

On the surface, it’s all about slavery and the universal—as well as praiseworthy—dislike of it today. At a psychologically deeper level, it’s about expunging racial convictions that vanished long ago and seemingly require no expunging; save that when you drag dead white males into the picture in order to blacken their reputations you make a point useful to the progressive creed.

The point is, what an unsatisfactory people we were before we fell into confessional mode in the 1960s, discovering that almost everything we had done up to that point was corrupt, if not outrageous. The progressive left doesn’t despise just the late Confederacy. The progressive left recoils from pretty much the whole American story since Christopher Columbus.

The Confederacy makes an easy surrogate for racism, classism, sexism, colonialism—all the “isms” the left would like to purge so as to replace them with presumably more likable “isms.” Egalitarianism—everybody alike, by government decree—is the creed the left would most like to embed in our national life.

Using the Confederacy today as a surrogate for other issues makes it unnecessary to note that the “war of the rebellion,” as Yankees used to say, or the “war for Southern independence,” as it was called below the Mason-Dixon Line, ended 152 years ago. Or that the war took 620,000 lives on both sides, and that no one, North or South, is fighting it anymore.

No, the progressive left line of thinking means nothing has to be proved or demonstrated. You assert the unanswerable. Well! If you don’t get on the anti-Confederate bandwagon—and fast—you probably wish the ol’ master still ran the show. Progressivism relishes the opportunity to denounce the dead, who can’t speak for themselves. As for their living sympathizers, connect ’em, if you can, with the unrepentant likes of David Duke. That saves yet more argument and backtalk.

Progressives like to taunt and ridicule. If you were on the wrong side in the war, you deserve no respect, no peace, no chivalry. The dignity and Christian character of Robert E. Lee himself are no bulwark against the progressive mob’s anger at the isms of a past it sees as having entrapped and motivated a man no longer worth honoring. Down, therefore, has to come New Orleans’ Lee statue at Lee Circle—a prelude possibly to renaming the destination after Bernie Sanders.

And so—as with the heckling and shouting down of the much-honored libertarian scholar Charles Murray at Middlebury College a few months back—progressivism hacks away at ideals and realities for which it has no use, and thinks no one else should either. The New York Times quotes one anti-Lee progressive in New Orleans as averring his desire to see the city take down from in front of its public library the statue of George Washington. “He was a slave master, right?” says Malcolm Suber, with what he takes for unanswerable logic.

You see, it’s necessary only to claim with a loud enough voice that you know the truth. You don’t have to make up anything. They teach this stuff, more and more, in respectable seats of learning: the University of Texas, for instance, which dragged poor old Jeff Davis off his campus pedestal rather than sponsor a discussion about the place of differing viewpoints in a free society.

You can see where progressive elements at Middlebury, Berkeley, and like academic venues get the idea you win intellectual frays by refusing to engage other people’s ideas. This thing is in the water—the 21st century water presently drowning American culture.

Previous PostNixon and Trump, Then and NowNext PostSing Me Back Home