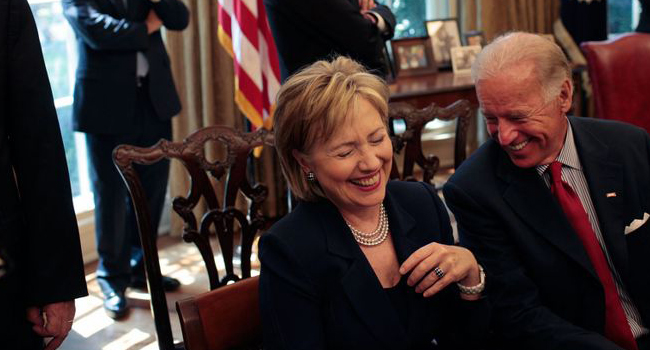 As I sit down to write this, on the Sunday afternoon before the second presidential debate, the media feeding frenzy over remarks made by Donald Trump 11 years ago continues unabated.  The content of those remarks reminded me of one of the more interesting pieces I’ve read about the improbable rise of Trump, an article contending that Trump represented the nationalist policies of Pat Buchanan melded with the persona of Howard Stern.  One of the reasons I was so struck by that piece is the divergent reaction I have to both men: I admire Pat Buchanan; I loathe Howard Stern.

Of course, Trump’s comments on the tape are disgusting and indefensible.  But much of what goes on in the culture that made Howard Stern and many others like him very rich is disgusting and indefensible.  The degradation of the culture that shows like Stern’s represent began long before Trump ever thought of running for president, and that degradation will continue apace whether Trump becomes president or not.  It is hard to see how the return of the Clintons to the White House could ever be characterized as a vindication of sexual morality.  Indeed, as tawdry as Trump’s private life has been, his defeat would likely strengthen the forces seeking to tear down sexual morality, since Hillary Clinton will continue Obama’s campaign to deprive Christian institutions of the autonomy to resist the advance of the sexual revolution, only this time with the blessing of a Supreme Court whose vacant seat gets to be filled by Hillary.  And the fact that the papers booming the Trump tape saw nothing wrong with what Bill Clitnon did to Monica Lewinsky in the Oval Office, and remain studiously uninterested in what Clinton did to women before Lewinsky, is a clear indication that the real concern here is not what Trump said 11 years ago.  Instead, what we are witnessing this weekend is a coordinated effort to use comments of Trump’s that sound like those of a regular guest on Stern’s show (as Trump indeed has been) to deprive the American people of the chance to endorse the policies of Pat Buchanan.

The same weekend we learned of the Trump tape we also learned that Hillary had told Brazilian bankers, in 2013, that she had a “dream” of a “common market” for the entire Western Hemisphere, a common market that would feature “open borders” and “open trade.”  Hillary’s “dream” is not a lonely one.  It is shared by Barack Obama and George W. Bush and George H.W. Bush and Mitt Romney and John McCain and Paul Ryan and the New York Times, the Wall Street Journal, and the Washington Post.  Donald Trump, though, does not share this “dream,” which is why the Bushes are as opposed to Trump as the Clintons are.

Trump’s Establishment opponents know that millions of Americans do not share Hillary’s dream, either.  That is why this attempt to take down Trump for good is focusing on his boorishness, not his policies.  Indeed, Lester Holt avoided the topic of immigration in the first debate, and Hillary’s ads here in Ohio are attacking Trump not because he opposes “open borders” and “open trade,” but because the clothing he marketed under his name was made outside the United States.

Make no mistake: If Trump loses, it will be because he practiced what the proponents of the sexual revolution have long preached.  But, rather than harming that revolution, his defeat would advance the cause of a different revolution, the globalist crusade against the nation-state.  And Sam Francis warned us what that revolution meant for America in 1989, when the Clintons were still largely unknown and no one would have imagined that Donald Trump would become the presidential candidate of a major political party: “Globalization doesn’t mean that America will prevail, but that it will vanish among the electrons and laser beams by which the planet is to be held together.”

Previous PostISIS, Not Russia, Is the Enemy in SyriaNext PostDouble Standards on Syrian War Crimes