On September 30, at 3 P.M., our longtime colleague and friend Joe Sobran passed away.  This is the last column he was able to write for us, published in the July 2010 issue.

The Dear Leader of the United States reminds me of Robert Frost’s quip that a liberal is a man who won’t take his own side in a fight. More precisely, his own country’s side.

Barack Obama seems to hate calling anyone our enemy. It isn’t nice. It’s not Christian, as he understands Christianity. Well, Christ enjoins us to love our enemies. But that presupposes that we can know who our enemies are. He doesn’t tell us to have no enemies, which is hardly possible.

Some people will choose to be our enemies and will often tell us so. The ancient Romans didn’t pretend to be friends of the early Christians.

Christians are told to be “wise as serpents, and harmless as doves.” The founders of the American Republic had few illusions about man and government.

Freedom, they insisted, depended on “jealousy,” not “confidence” or faith in rulers. They would have thought Obama foolish or cynical for demanding that we give our rulers the benefit of the doubt for good motives. Government, as they knew, is the natural enemy of liberty. They weren’t hypnotized, as later generations would be, by the word democracy. Nor were they terribly shocked by evidence of Original Sin.

Liberal high hopes for our first black president were a hangover from the naive old belief in the Noble Savage. Obama has banked heavily on that belief. Samuel Johnson, immune to every form of ideology, never fell for such emotional rubbish: “How small, of all that human hearts endure, / That part which laws or kings can cause or cure!” 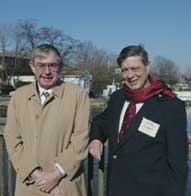 The jingoism of democracy defies reason. Frequent headlines attest that elected rulers are no more corruption-proof than any others.

Nothing seems to disillusion Obama, however. He used to teach constitutional law; but if he ever read the Federalist, it appears to have been lost on him. His literacy is quite superficial. He barely knows what he is saying, and he never mentions the Tenth Amendment, the key to the whole Constitution. (Even Lincoln knew that much.)

James Madison explained that the new Constitution didn’t give the federal government new powers but rather “invigorated” those powers it already had under the Articles of Confederation. Obama wouldn’t know what he was talking about.

Federal powers, Madison said, would be “few and defined,” and those of the states, “numerous and indefinite.”

Johnson opposed popular elections, on the grounds that the choice of a “rabble” had no more moral value than that of sheer chance. It isn’t hard to guess what he would have thought of opinion polls and approval ratings.

Obama may be the perfect representative of a nation that no longer speaks the language of its ancestors. True, he is more fluent than George W. Bush, but both have done much to bring government into disrepute.

To dispraise Obama is by no means to praise Bush. On the contrary, Obama’s presidency is the result of Bush’s. Americans today grossly overvalue politics and regard political victories as substantive achievements. Boswell’s Life of Samuel Johnson can put such things in proper perspective. Even Johnson’s offhand witticisms reveal a mind as profound as it is hilarious.

The U.S. Constitution, as I often say, poses no serious threat to our form of government. It has roughly the same tenuous relation to our political institutions as the book of Revelation has to the Unitarian Church.

Arizona’s attempt to discourage illegal immigration has exposed the huge gulf between Obama and most Americans. At the rate he is going, he seems more likely to be deported than reelected.

Like most people of both major parties, Obama takes for granted that the War Between the States ended as it should have—with slavery abolished and secession crushed. It also marked the virtual extinction of the Tenth Amendment, which George Will says is “dead as a doornail.”

Was anyone very surprised when O­ba­ma’s second Supreme Court nominee turned out to be a fanatical lesbian? It was quite in character for him—one more Historic First for this President without precedent. In the view of today’s liberalism, there is no such thing as sexual perversion, as long as both (or all) parties give their consent. If this widespread attitude needs a name, it might be dubbed sexual bolshevism—the Playboy Philosophy with a vengeance.

Some politicians’ vices become eponymous—McCarthyite, Clintonian—and it looks as if the incumbent may earn his own niche in the lexicon of invective. After one of the warmest and most hopeful welcomes any president-elect has ever received, he has quickly proceeded to disappoint and alienate the country that chose him. He evidently despises the rabble, and the feeling seems to be mutual.

This article first appeared in the July 2010 issue of Chronicles: A Magazine of American Culture.