A Choice, Not An Echo, Again 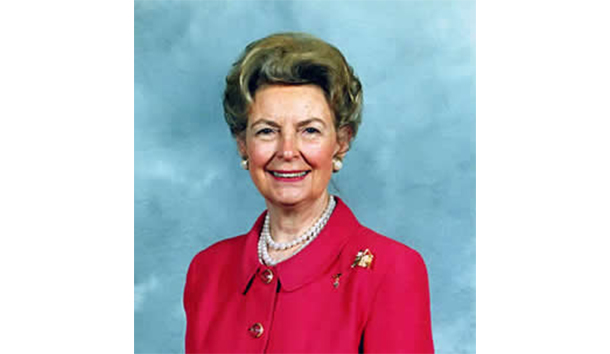 Monday brought the sad news that Phyllis Schlafly had died, at the age of 92. Schlafly was a tireless advocate for conservative causes for over half a century, from the publication of A Choice, Not an Echo in support of Barry Goldwater in 1964, to the successful campaign against the Equal Rights Amendment in the 1970s, to her leadership of the Eagle Forum in subsequent years. There have been many fine tributes, including Ann Coulter’s comprehensive obituary.

Most of the obituaries note that Schlafly had just finished co-writing The Conservative Case for Trump. Schlafly’s career as a conservative activist thus ended as it had begun, with the publication of a book praising a maverick presidential candidate. Just as A Choice, Not an Echo praised Goldwater for challenging 1964’s elite consensus in favor of statism, Schlafly’s last book praises Trump for challenging 2016’s elite consensus in favor of globalism. A Choice, Not an Echo did not succeed in electing Goldwater, and The Conservative Case for Trump may not succeed in electing Trump. But Schlafly’s final book does expose the fatuousness of the claim put forth by the Never Trump camp that support for Trump is a betrayal of conservatism. After all, Schlafly was helping to define what it means to be an American conservative when many of the Never Trumpers were still in diapers.

There are many other similarities between the 1964 campaign and this one, including a media onslaught against Trump rivaling the media onslaught against Goldwater. There is this important difference, though: Goldwater never had a chance of winning in 1964, whereas several recent polls indicate that the contest between Trump and Clinton is now essentially tied, despite Clinton massively outspending a Trump campaign that has been largely invisible in terms of television advertising. It’s just a shame that Schlafly won’t be around to see how it all turns out.