A Few Modest Suggestions for the Trump Administration 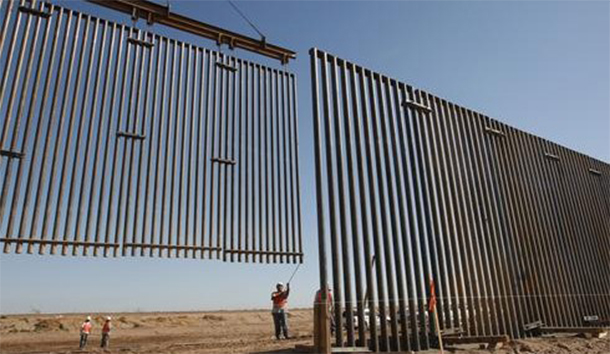 Order withdrawal  of troops and materiel from Afghanistan and Iraq. (Without bringing   the indigenous population with you.) Perhaps a small CIA presence might be maintained just for intelligence-gathering, which is what they are supposed to be doing anyway.

Join with Russia to destroy ISIS in preparation for a withdrawal from Syria. This will allow the indigenous forces to sort it out among themselves and also create a constructive relationship with Russia that will be of great future benefit for many reasons.

Accept that Islamic factions will always be at war with each other and the U.S. should not meddle except in a strictly defensive necessity. Our relations with the Mideast  should be simply to buy oil, without political or military interference and without manipulation of policy by American “global” corporations.

Find measures to decrease the presence and influence of Saudi Arabia, the Gulf States, and Israel on domestic American politics. A law forbidding ex-members of Congress and executive officials from becoming lobbyists for foreign powers would be wholesome and democratic. Forbid foreigners, particularly Chinese,  from holding  positions in defense institutions and related companies.

Make plans to convert NATO to a European organization with only symbolic American presence; and stop expanding military assets onto Russia’s borders. The Europeans would welcome the end of our interference and would be encouraged to once more look to their own defense. Needless agitation of Russia is literally insane and can only serve those in power, not America.

Take intensive measures to identify and deport ALL illegal immigrants and visa-overstayers, particularly such Muslims as perpetrated 9/11 and other atrocities. Along with a strict ban on Muslim immigrants. This can be done within present law. Actually enforce E-verify against employers.

Abolish HEW. Make an intensive review of all federal GRANT programs and pass laws to eliminate them. The federal government has created a large cohort of institutions that are dependent on taxpayer cash for completely non-essential, unconstitutional, and often destructive purposes. This would have the wholesome effect of making state legislatures work seriously on their governmental responsibilities, and also of returning charity and culture to private sponsorship. A line-item veto will be seen as essential for this goal.

Conduct a truly INDEPENDENT review of the Federal Reserve and alternative policies for managing the currency. Also, reinstate the Glass-Steagall Act separating commercial and investment banking; staff the Securities Exchange Commission with independent people; and demand that the bailed-out Banksters repay more of their loot from the Treasury.

Relieve all the top brass of the armed forces and search for commanders who are genuine soldiers and patriots and not a– kissing bureaucrats. (Especially the idiots who made soldiers wear high heels in “sensitivity training.”) Immediately revoke all measures that place women in harm’s way. This is the least something that can be done to restore honor to the U.S. military. Develop really effective special forces instead of over-reliance on technology.

Take steps to reduce the federal debt and particularly the burden of interest payments to people who contribute nothing, take no risk, and pay no taxes. Pay off and eliminate foreign bond-holders. This may require scaling down of the debt.

It is well-known that Washington D.C. and its suburban counties are the wealthiest area of the U.S. The elimination of bureaucrats and scaling down of federal salaries and perks will be essential to getting control of the budget.

Take steps to eliminate the outdated policy of “affirmative action.” In the meantime, make sure that it applies only to native-born African Americans.

Study ways to greatly increase the licensing of a multitude of new media so as to break the unhealthy and undemocratic domination of public discussion by a few networks.

Perhaps most important, craft legislation that removes most of the life of the people from the jurisdiction of the Supreme Court. Begin impeachment against the numerous federal judges who have shown contempt for the Constitution and a predilection  toward tyrannical usurpations of power over the people.

These few modest suggestions should keep President Trump and his team busy for the first 100 days. Of course, nothing can be accomplished unless Trump finds and appoints new people, knowledgeable and dedicated, rather than the usual run of Republican hacks waiting in line for perks and power.