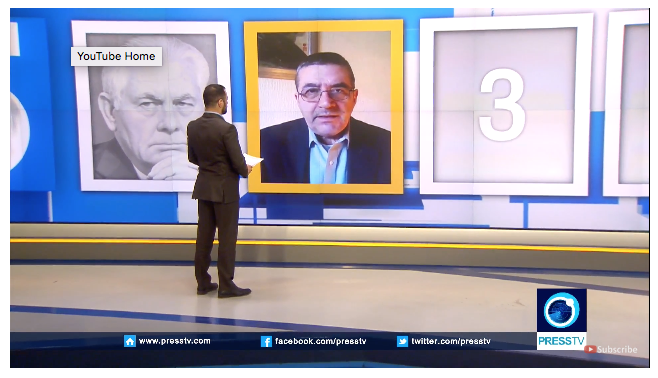 In his latest interview with the Iranian English-language Press TV network, Srdja Trifkovic discusses the latest developments on the Korean Peninsula. The first question was whether we are seeing a positive development in the relations between the North and the South, in the aftermath of the visit of Kim Jong Un’s sister to the Winter Olympics and the joint appearance of both Korean teams at the Games.

ST: Unfortunately we have seen many ups and downs over the decades, including the early years of this century when the two teams also appeared jointly at various events—and then something would happen to bring the relations back to the crisis mode. Right now, the South Koreans went out of their way to present at least the impression of an improvement. They actually won the agreement of the United States, of Vice President Pence, to start talking to the North Koreans without preconditions. Previously the American position was that they would not talk to Pyongyang unless the North was committed upfront to the process of denuclearization.

In the long term that will be the sticking point. For Kim Jong Un to accept publicly any notion of getting rid of nuclear weapons—which form such an important part of both the North Korean defense strategy and their rhetoric—is simply unthinkable. That would entail the kind of loss of face that it cannot be imagined. On the other hand, the South Koreans are extremely concerned that some hasty action from Washington could put them at risk. After all, if there is an attempt by the U.S. to launch a preemptive attack against North Korea, it is the cities in South Korea, and above all its capital Seoul, that would probably suffer the most.

Q: One thing that seems obvious is that the United States will be trying to serve as a wedge in any thaw in the relations. Do you see any sign of that at this point?

ST: We have seen it before. Whenever the North and the South get too cozy, there is a signal from Washington to the South that they should step back a little. We are still witnessing the continuation of the U.S. military presence along the 38th parallel, and joint military exercises. South Korea is a highly developed and extremely successful industrial (postindustrial) power. There is no earthly reason, almost seven decades after the beginning of the war in Korea in 1950, for the U.S. to retain its troops on the peninsula. The matter should be left to the Koreans, just as the issue of German reunification was ultimately tackled by the Germans themselves.