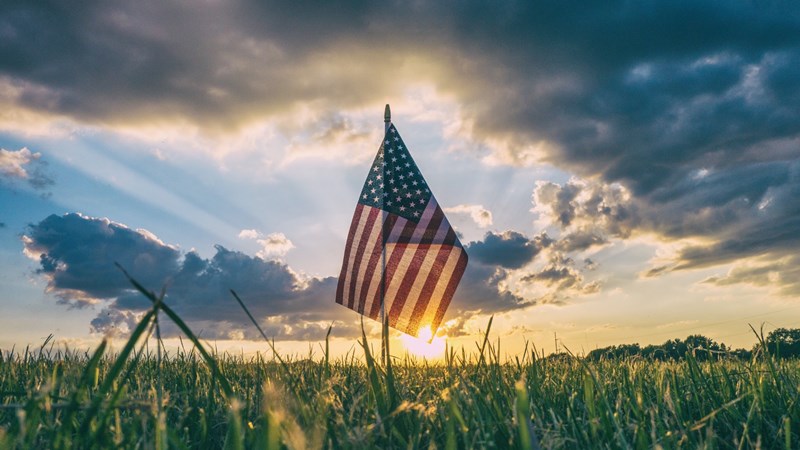 President Trump is the leader of America’s conservative party.

Yet not even his allies would describe him as a conservative in the tradition of Robert Taft, Russell Kirk or William F. Buckley.

In the primaries of 2016, all his rivals claimed the mantle of Mr. Conservative, Ronald Reagan. Yet Trump captured the party’s heart.

Who, then, and what is Donald Trump?

In a Federalist essay, “Trump Isn’t a Conservative—And That’s a Good Thing,” Frank Cannon comes close to the mark.

Trump, he writes, “would more accurately be described as a ‘radical anti-progressive'” who is “at war with the progressives who have co-opted American civil society.” Moreover, Trump “is willing to go further than any other previous conservative to defeat them.”

Many “elite conservatives,” writes Cannon, believe the “bedrock institutions” they treasure are “not subject to the same infectious politicization to which the rest of society has succumbed.”

This belief is naive, says Cannon, “ridiculous on its face.”

“Radical anti-progressives” recognize that many institutions—the academy, media, entertainment and the courts—have been co-opted and corrupted by the left. And as these institutions are not what they once were, they no longer deserve the respect they once had.

Yet most conservatives will only go so far in criticizing these institutions. We see this in how cradle Catholics find it difficult to criticize the Church in which they were birthed and raised, despite scandals and alterations in the liturgy and doctrine.

Trump sees many institutions as fortresses lately captured by radical progressives that must be attacked and besieged if they are to be recaptured and liberated. Cannon deals with three such politicized institutions: the media, the NFL and the courts.

Trump does not attack freedom of the press but rather the moral authority and legitimacy of co-opted media institutions. It is what CNN has become, not what CNN was, that Trump disrespects.

These people are political enemies posturing as journalists who create “fake news” to destroy me, says Trump. Enraged media, responding, reveal themselves to be not far removed from what Trump says they are.

And, since Trump, media credibility has plummeted.

Before 2016, the NFL was an untouchable. When the league demanded that North Carolina accept the radical transgender agenda or face NFL sanctions, the Tar Heel State capitulated. When Arizona declined to make Martin Luther King’s birthday a holiday in 1990, the NFL took away the Super Bowl. The Sun State caved.

This year, the league demanded respect for the beliefs and behavior of NFL players insulting Old Glory by “taking a knee” during the national anthem.

But believing instinctively America would side with him, Trump delivered a full-throated defense of the flag and called for kicking the kneelers off the field, out of the game, and off the team.

And Trump triumphed. The NFL lost fans and viewers. The players ended the protests. No one took a knee at the Super Bowl.

Before Trump, the FBI was sacrosanct. But Trump savaged an insiders’ cabal at the top of the FBI he saw as having plotted to defeat him.

Trump has not attacked an independent judiciary, but courts like the Ninth Circuit, controlled by progressives and abusing their offices to advance progressive goals, and federal judges using lifetime tenure and political immunity to usurp powers that belong to the president—on immigration, for example.

Among the reasons Congress is disrespected is that it let the Supreme Court seize its power over social policy and convert itself into a judicial dictatorship—above Congress.

“Trump doesn’t play by these ridiculous rules designed to keep conservatives stuck in a perpetual state of losing—a made-for-CNN version of the undefeated Harlem Globetrotters versus the winless Washington Generals. Trump instead seeks to fight and delegitimize any institution the Left has captured, and rebuild it from the ground up.”

The Trump supporters who most relish the wars he is waging are the “Middle American Radicals,” of whom my columnist-colleague and late friend Sam Francis used to write [To read Sam Francis’s archive at Chronicles, click here.].

There was a time such as today before in America.

After World War II, as it became clear our long-ruling liberal elites had blundered horribly in trusting Stalin, patriots arose to cleanse our institutions of treason and its fellow travelers.

The Hollywood Ten were exposed and went to jail. Nixon nailed Alger Hiss. Truman used the Smith Act to shut down Stalin’s subsidiary, the Communist Party USA. Spies in the atom bomb program were run down. The Rosenbergs went to the electric chair.

Liberals call it the “Red Scare.” And they are right to do so.

For when the patriots of the Greatest Generation like Jack Kennedy and Richard Nixon and Joe McCarthy came home from the war and went after them, the nation’s Reds had never been so scared in their entire lives.