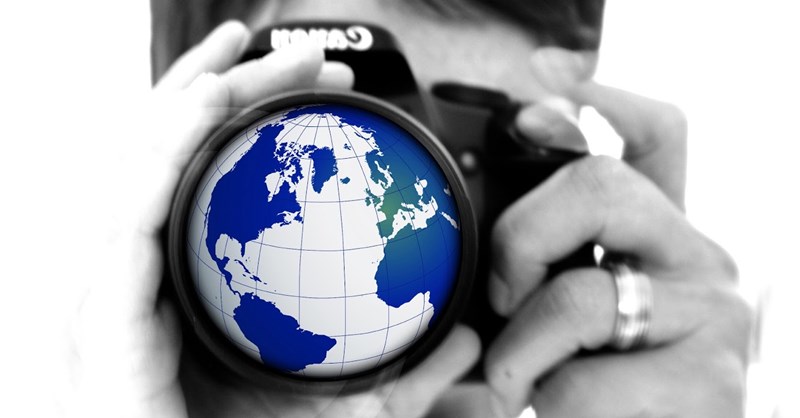 According to an article in Forbes (November 16, 2016), “Mexico aside, [Latin America] barely featured at all in the presidential campaign. This overall situation will largely remain the same under the Trump administration.”

The first sentence is a truism (when has Latin America, as such, ever “featured” in a U.S. presidential election?), and the second naive: Latin America will certainly prove more of a focus for Mr. Trump than many in the media appreciate.

Two of the most politically and emotionally charged issues the United States faces—immigration and trade—are heavily bound up with Latin America, which tends to guarantee that our next President will focus on that region, whether he wants to or not.  Latin America is simply too big, too important, and too close to be easily ignored.

Moreover, Mr. Trump’s call for an American First foreign policy, one that puts national interests, narrowly defined, above the achievement of an illusory (and immensely costly) global strategic predominance, tends to guarantee a new and much-needed focus on the Western Hemisphere.

And then there is an aspect of the immigration question which few people speak of: what is to become of the countries that immigrants leave behind? There is a price to be paid when the youngest, most energetic and ambitious members of a society decamp for greener pastures elsewhere. How are Latin American countries supposed to prosper when shorn of their most productive people? Can we find ways to incentivize young Latin Americans to remain in their homelands?

Regarding trade, NAFTA has helped the Mexican economy while doing scant good for ours. Mr. Trump wants to review all trade deals to assure a more level playing field. This will ultimately redound to the benefit of Latin America as U.S. trade with the region is put on a sounder political basis than is now the case.

So what should the in-coming Trump Administration do with and about Latin America? First of all, tone and optics matter. The U.S. under Trump should come to see Latin America in all of its social, cultural, linguistic and geographic diversity. In dealing with Latin America, Trump’s State Department must come to grips with the wide-spread perception in Latin America that the U.S. is a bully. Any appearance of lecturing Latin Americans must stop.

For too long, Americans have seen Latin America as little more than a source of cheap labor, and raw materials, as an undifferentiated collection of what are called euphemistically and condescendingly “banana republics,” a purveyor of narcotics, and even a security nightmare—in short, as a zone of problems rather than opportunities.

Our banking class must also come to see in Latin America something nobler and greater than a mere profit center or opportunity to get poor countries hopelessly strung out on credit.  As of 2015, 167 million souls (28% of the population) were living in poverty—an unacceptable state of affairs.

Mr. Trump is a businessman who understands the difference between handouts and hard-work, and knows prosperity does not flow from regulations—however well-intended—imposed by remote and unaccountable bureaucrats.

Although Latin American prosperity is for Latin Americans to bring about, there are things the U.S. can do to help. To offer a partial list of measures, it can:

The President should ask the U.S. Agency for International Development (USAID) to carry out an independent appraisal of the effectiveness of its training and educational programs aimed at Latin America, revise them where needed, and come up with an effective plan of implementation.

To set forth his vision for significantly improved U.S.-Latin American relations, Mr. Trump should consider going to the Organization of American States in Washington—a ten minute drive from the White House. Surrounded by senior members of his national security team (including his newly appointed U.S. ambassadors, some of whom could be Hispanic-Americans), he could use the occasion to announce a Pan-American summit.

With average salaries at the I.D.B. as of January 1, 2016 running at $131,302 (excluding benefits), Trump could underscore his seriousness by insisting that continued U.S. financial injections will depend on projects coming in under budget and ahead of schedule. He should request a robust independent audit that measures real returns on invested dollars.

Mr. Trump could well prove a transformative president on a series of fronts at home and abroad—not least, in the often vexed area of relations with Latin America. If our approach to our southern friends and partners is rooted in common sense, diplomatic finesse and respect, there is every reason to believe that Latin America will become a zone of extraordinary opportunity—for all of the peoples who live there.

Javier M. Piedra earned an MA from Hopkins SAIS, has over 35 years of work experience in finance and banking with the last 20 years in Central Asia (Kazakhstan, Kyrgyzstan) and Latin America (Mexico, Ecuador, Venezuela). He is Cuban-American and fluent in Russian and Spanish.