A Question of Dots

From the September 2010 issue of Chronicles.

John Poindexter—Navy veteran and national-security advisor during President Reagan’s second term—resigned in disgrace after congressional hearings revealed that the United States, with Poindexter’s approval and with the help of an enterprising young lieutenant colonel named Oliver North, was selling arms to Iran and giving the profits to the Nicaraguan Contras to support their guerilla war against the Sandinistas.  Poindexter disappeared from the public scene for almost a decade, yet his vision of an all-encompassing intelligence-gathering network proved irresistible.

In those Tom Clancy days of “Soviet infiltration” and the Cold War, national security seemed simple, if not simpleminded.  Today, we might very well prefer to sell arms to a secular left-wing government and use the proceeds to support Muslim moderates.  Who wouldn’t want a few Sandinis­tas to kick around, rather than (another) nuclear Islamic state?  As usual, U.S. policy was long on technological know-how and expense and short on historical context or long-term goals.

The Watchers is a well-written and gripping account of the emergence of the “surveillance state,” seen primarily through the prism of Poindexter’s career.  Shane Harris, a journalist who has long covered national-security issues, describes the surveillance state as

an amalgam of laws, technology, and culture in which the government’s default position is to collect information about people on a massive scale for the broadly defined purpose of protecting national security.

With some honorable exceptions, both Republicans and Democrats have, for their own reasons, enthusiastically supported an ever-larger national-security program.

Events such as the bombing in 1983 of a Marine barracks in Beirut and the Achille Lauro hijacking galvanized Poindexter and others to develop a system that would render massive amounts of information to the state; sifting through that data, Poindexter believed, would illustrate patterns and connections that human intelligence would never catch.  That information is largely contained in America’s telecommunications networks.  Harris’s account of government efforts to control those networks is particularly disconcerting, as much of it has passed down the memory hole.  The FBI and other agencies argued they had the authority to insert themselves into physical telephonic networks, to ease their ability to monitor conversations.  And indeed, they have a great ability to pressure telecommunications companies to do just that.

Laws such as the Foreign Intelligence Surveillance Act (FISA) were meant to strike a balance between privacy and security.  But, as Harris notes, these lines were hard to draw, and harder to enforce.  President Reagan eased some of the restrictions through executive order; President George W. Bush, after September 11, did the same.  And Obama, despite his liberal posturing, was quick to adopt the surveillance state’s structure.  The endless “War on Terror,” combined with technology that scoops up information regardless of legal niceties, gave new impetus to the Watchers.  Amendments to FISA actually increased the government’s powers, and the discovery in 2005 of a warrantless surveillance program within the National Security Agency has had no discernible effect.

After September 11, Poindexter returned to government service, advocating a program called Total Information Awareness, which would track people through the traces they left as they moved, communicated with one another, and lived their lives.  A new kind of war, Poindexter argued, required new uses of masses of information.  The D.C. establishment ate it up.  Ultimately, TIA did not succeed under that name, but many of its elements have been retained in new form.

According to defenders of programs like TIA, the basic privilege of a free citizen against unwarranted government snooping should be surrendered to the end that no American life is ever lost to an attack that could have been prevented.  But this vision is, ultimately, a dangerous fantasy.  A program of total awareness is a program of tyranny, and not necessarily one of safety.  Information collected needs to be used, and an expensive, secretive system designed to detect threats will detect them, hypothetical or attenuated though they may be.  Communists two decades ago, terrorists today, conservative “hate groups,” perhaps, tomorrow: What matters is getting, and using, the data.  And government is never careful about self-policing its stated limits.

It is a great technical achievement that American intelligence can listen in on phone calls in Karachi and track cars in Kabul (or even Kalamazoo or Kansas City).  The more basic question is whether our policies should require that we do so.  A noninterventionist policy, combined with strict immigration laws, would obviate much of the need for programs like TIA.  This does not mean that U.S. intelligence should be abandoned or dismantled; immigration policies are not going to help to monitor China’s nuclear program or North Korean missile tests.  However, the background context is all-important.  If the “default position” is the state obtaining personal data to create a fully secure environment, something like TIA will be the result.  Change the default position, however, and TIA seems less useful and more threatening.  The citizenry itself should be its own first protector, not eyes in the sky (or ears in our phones).  Neighbors make better guardians than TSA security checkpoints.

The recent attempted attack on New York’s Times Square is a good example.  It was a street vendor, not any of the multiple agencies charged with monitoring Americans’ safety, who noticed something amiss, and the attack would likely have succeeded had the would-be bomber correctly assembled the device.  (One might add that although the suspect taken into custody was fully enmeshed in the surveillance state—including student visas, plane trips to Pakistan, and e-mail addresses—the Watchers let him slip through the net.)  The overall record of the surveillance state is not, in fact, that good, though each failure only spurs the call for more funding and more secret programs, another inescapable result of assuming the state must protect us from every imaginable (or imaginary) danger.  As Harris notes, the Watchers “have become very good at collecting dots and not very good at connecting them.”  Because of the political correctness gripping American elites, those responsible for making connections cannot make tough decisions about who, exactly, poses the greatest danger to American society.  This timidity helps the surveillance state, and supporting the surveillance state gives cover to an elite concerned more with political power than with actual security.  The end result is often normal Americans, who have nothing to hide, being harassed while actual threats escape unnoticed—including the threat to liberty of having an otherwise law-abiding populace under constant surveillance.

It is perhaps no surprise that Poindexter was one of Robert McNamara’s 1960’s “Whiz Kids.”  The technocratic elitism and disregard for republican government are a part of McNamara’s legacy.  That the justification for spying on American citizens is to be found now in the Iraqi desert rather than in the dachas outside Moscow is not sufficient reason to discount the dangers such ideas and actions present to the future of free government. 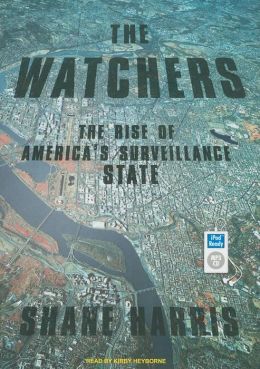