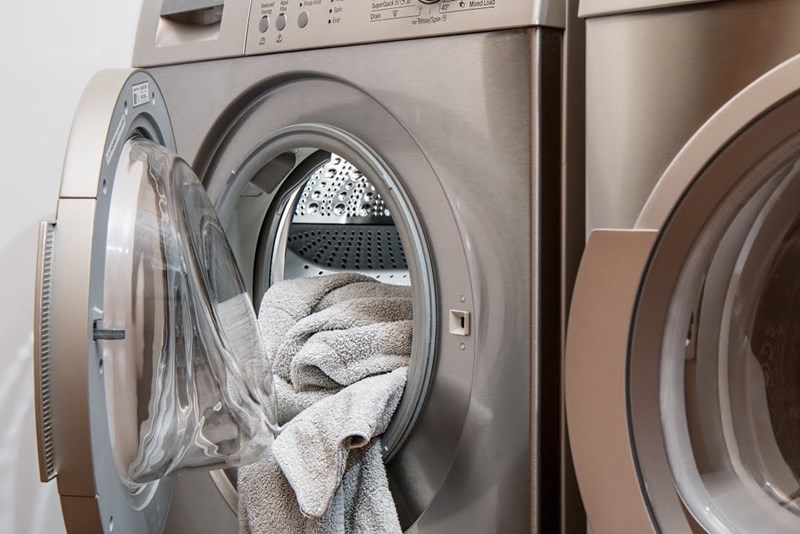 President Trump’s decision to impose tariffs of up to 50% on Asian washing machines being dumped into the United States in response to a trade case brought by Whirlpool prompted howls of outrage among Trump opponents everywhere, especially among Trump opponents who used to masquerade as conservatives. The most revealing howl came from National Review‘s Kevin Williamson, who wrote two pieces arguing that the American left should emulate the likes of Justin Trudeau and take up the cause of free trade, now that the GOP is “going full yahoo” and many of the largest corporations, by contrast, are technology firms “with notably progressive corporate cultures.” (James Damore, fired by Google after writing an essay arguing that the “underrepresentation” of women in engineering was not the result of discrimination, has a less positive view of the left-wing intolerance that characterizes many companies in Silicon Valley, but Williamson is a long-time cheerleader for high tech plutocrats). There is little doubt that Williamson’s sympathies are with those he terms the “cosmopolitans,” even if their support for free trade is often coupled with support for gay marriage, mass immigration, and abortion, as it certainly is in the case of many of the politicians and oligarchs Williamson praises in his pieces.

Williamson’s howl is revealing, then, because it exposes his own leftism as well as the left wing origins of free trade. In England, it was the Liberal Party that agitated for the abolition of the tariff, not the Tories. In the United States, it was the Democratic Party that attacked the tariff, not the GOP. Karl Marx himself viewed the tariff as conservative. Indeed, although Williamson ascribes conservative opposition to free trade to “anti-Semitism,” “superstition,” and “mental illness,” he never mentions that prominent American supporters of the tariff number Abraham Lincoln, William McKinley, Theodore Roosevelt, Calvin Coolidge, and Robert A. Taft, none of whom were anti-Semites, much less lunatics.

Williamson also admits that free trade is a loser. He writes that “There probably is not a great cache of votes to be had from embracing free trade” and concedes that “populist rhetoric has turned much of the Republican party against free trade accords.” Gone, too, is any argument that those whose jobs are destroyed by foreign competition will somehow benefit from free trade. Williamson acknowledges that “global competition makes some of us worse off, if only temporarily.” In fact, with working class wages stagnant for decades and death rates rising in the white working class, the evidence is increasing that free trade harms many Americans in ways from which they never recover. Indeed, as I noted here in January 2016, academic economists have found that many communities that lost jobs to Chinese competition have never recovered, even though the economic theory supporting free trade insists that dislocations from free trade should be transitory.

But Williamson gives every impression of not caring too much about the damage globalization is doing in America. He openly disdains the white working class and rural America as much as any politician cackling about “deplorables” does. During the campaign, he wrote about the “dysfunction and negligence—and the incomprehensible malice—of poor white America” and argued that “these dysfunctional, downscale communities . . . deserve to die.” One suspects that the communities Williamson would like to see die include Benton Harbor, Michigan, where Whirlpool is headquartered, and Clyde, Ohio, where Whirlpool announced it was adding 200 factory jobs after Trump imposed his tariff. Regardless of what Williamson wants, though, most of Whirlpool’s plants are in small, rural communities like Benton Harbor and Clyde, places that would indeed die if foreign competition ever did to Whirlpool what it has done to so many other American manufacturers.

This potential fate of rural communities dependent on manufacturing appliances certainly doesn’t dissuade Williamson from praising the “feisty Korean upstart[s]” affected by the tariff and their “excellent washing machines offered at reasonable prices.” In this, Williamson resembles many other journalists who have enjoyed damning American manufacturers and adulating their foreign rivals. But only an embittered antagonist of American manufacturing would describe the Korean conglomerates affected by the tariff, LG and Samsung, as feisty upstarts.

And let me close with a personal note about those “excellent” Korean washing machines Williamson is so fond of. When my wife and I built our house, we bought a Kenmore washing machine. On the second of two service calls during its brief life, the repairman told my wife the cost of repairing it would be almost as much as what we had paid for it. He also told her it was an LG washer. Kevin Williamson is welcome to it, if he can find it in whatever junk yard it currently resides. Our new washing machine is a Maytag, which is made in America, costs less than the LG, and washes clothes better than it ever did. So far, too, we haven’t needed to call the Maytag repairman.

Previous PostIn a Trump Hunt, Beware the Perjury TrapNext PostToo Many Wars. Too Many Enemies.