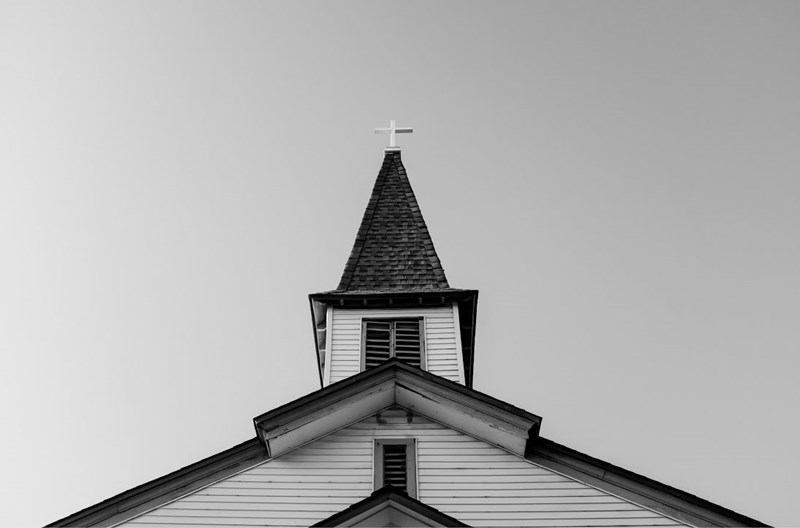 According to a poll conducted in the late summer of 2017, 56 percent of respondents agreed that President Trump was “tearing the country apart.” We consistently read reports and see on the news the accusation that Trump, and others, are being “divisive” when what we really need is “unity.” We are repeatedly told we need a leader who will “bring us together.”

Let us lay aside the conclusion that can be drawn from any serious person that is paying attention—that these claims very often come from people who passionately advocate “unity” and “togetherness” so long as the viewpoint being offered for such unification is closely aligned with the claimant’s.

Christians also hear about this need for unity in the church. I have listened to many sermons regarding the need for such unity. The vast majority of related bible references used are from the epistles of St. Paul. This has always been an interesting topic for me. At what price do we settle for this unity? The Protestant preacher giving the sermon is representative of a Reformation we celebrate and are a part of that began with an inquisitive German monk who caused quite a division within the Catholic church in 1517. (Apparently, he ultimately chose not to heed any calls for “unity.”) We have all these different denominations generated by all these different doctrines, beliefs, styles . . . all these “divisions.”

Following the Jerusalem Council, Paul and Barnabas came to an impasse. After the miraculous release of Peter from his imprisonment and the end of King Herod’s persecution of the early Church through him being struck dead by the angel of the Lord, Paul and Barnabas returned from Jerusalem to Antioch with the young man whom they had been spending time with, John Mark. Set apart by the Holy Spirit for missionary work, and preparing to undertake what would become known in Christian history as the first missionary journey of Paul, Barnabas and Paul decided to take along this young man to serve as “their minister” (Acts 13:5), or helper.

Yet, there was trouble along the way. Something—we are not told exactly what—occurred in the city of Perga in the province of Pamphylia and it brewed dissension. All we are told through Luke in Acts 13:13 is that, “John departing from them returned to Jerusalem.” If we are to interpret a lack of situational gravity due to Luke’s lack of detail, we soon learn that Paul did not share it.

The mission was completed and was a magnificent success. However, it was a perilous journey for the two men. Paul and Barnabas faced intense Jewish opposition, were forced to flee from a plot to murder them, and Paul was stoned at Lystra to the point where his tormentors supposed that he was dead (Acts 14:19). When they returned to Antioch, they related to the church what they had been through, how God had worked through them, and how He had “opened the door of the faith unto the Gentiles.” (Acts 14:27) After a period of rest and tending to other matters, the end of the fifteenth chapter of the book of Acts records that Paul approached his fellow journeyman with a proposal of a return trip. And that is when the door of division opened wide.

Barnabas was agreeable to the idea. But he was “determined” to bring along the young man who had left them in Perga to return to his home in Jerusalem, John Mark. And Paul would have none of it. Paul thought this was a bad idea and considered John leaving them in Perga a desertion that could not be overlooked.

Each man dug in his heels on this matter. It seems reasonable to assume, after all the two friends had been through together, that past disagreements had arisen, yet some sort of compromise had been reached on those occasions. This time, there would be no compromise.

Is it always the duty of the Christian to compromise? The act of compromising is often touted as a virtue. But here we see two noble men—two men of the early Church who had already demonstrated their commitment to the cause of Christ and the spreading of His gospel, two friends who had been through immense trials. However, on this issue it seems clear that each man had decided for himself that this issue was a matter of principle and he would not budge. They felt compelled to do opposite things. Principles should not be open to compromise. Both men, I believe, were acting from what they perceived was a godly position, yet they saw it from completely opposite perspectives. It would mean the end of their missionary work together. Would it also mean the end of their friendship?

Was this a personal rift—something out of a modern-day tabloid? One can read such views from various commentators on the matter. But I do not come to that conclusion from reading the rest of Scripture. Paul comes across as a gruff man, a strict disciplinarian who was blunt and not afraid to call someone (even a close friend) out on what he saw as a breach of conduct by a Jew or Christian. Consider Paul’s account of his rebuke of Peter in Galatians 2:11-21. Paul said, “I withstood him to the face, because he was to be blamed . . . when I saw that they walked not uprightly according to the truth of the gospel, I said unto Peter before them all . . . [emphasis added]” It is interesting to note, in light of the disagreement over John Mark in Antioch, that Paul also included in these Galatians verses that “Barnabas also was carried away with their dissimulation.” Paul was not ambivalent about being confrontational. It was in his nature.

But the later writings of Paul toward Barnabas do not display antipathy, but warmth. In 2 Timothy 4:10 Paul writes that his friend, Demas, “hath forsaken me . . . ” Nowhere are similar words recorded about Barnabas. In 1 Corinthians 9:6, Paul uses himself and Barnabas as examples of two saints with the apostolic authority to refrain from work outside the ministry. This was a compliment, and not at all indicative of someone as outspoken as Paul harboring bitter feelings toward his old friend.

And what of John Mark, himself? Did his personality, background, or upbringing play a role in how these two men individually responded to him? Consider: It seem highly probable that Mark had no father as a young boy. One is never mentioned, and in Mark’s first biblical appearance his residence is referred to as “the house of Mary,” (Acts 12:12) which would not have been the custom if a father was present. The following words described a residence consisting of a family of at least some prominence, since “many were gathered there,” a “damsel” (possibly a servant girl) answered the door for Peter, and Peter, foremost leader of the church at that time, knew where to find the house and was recognized by the people present.

Reflecting on that background, it is not a leap to suggest that young John Mark suffered from his lack of a father figure and may have even been pampered by his widowed mother and higher-class family and acquaintances. Could this young boy have lacked the spiritual maturity and mental toughness to complete the first mission? Could the strong discipline meted out by the rough Paul have grated on his tender sensibilities? Was the right mentor for him at the time not better suited by Barnabas, who, aside from being a relative, was a man better characterized by his patience, affection, and encouragement than Paul (at least at that time)? It is interesting to consider the long list of potential dynamics that were at play in this disagreement.

A natural question for us today is who was right in this “sharp contention?” We commonly will examine a disagreement supposing there are always two sides—a right side and a wrong side. Sometimes, we conclude, both sides can be wrong. But . . . can both sides be right? I submit that, in cases like this, they can. It is another example of the mysterious hand of God working things out for His glory.

Barnabas took John Mark, and went to Cyprus. They, then, began fulfilling the original plan of Paul, which was to return and revisit the cities he and Barnabas had gone to on the first journey. Paul’s idea was one of edification, encouragement, and follow-up, not necessarily evangelism. Paul “chose Silas” and they departed toward Syria in what would become known to Western Civilization as the second missionary journey of Paul.

Barnabas is not referenced in the book of Acts after this split. But, before we surmise that Paul was on the “correct” side of the discord based on that, we must take into account later writings in the Scripture. The time period between the first and second missionary journeys occurred circa A.D. 49, so that is when the disagreement took place. As noted above, Paul wrote favorably of Barnabas afterward. And what of his attitude toward John Mark, the young man at the center of this division? Paul had a change of heart toward him. The separate mission of Barnabas and John Mark must have been successful, and Mark must have acquitted himself well, because Paul later wrote of him as a “fellow labourer . . . ” (Philemon 24), they appeared to be imprisoned together (Colossians 4:10), and Paul, in what is believed to be his final epistle, tells Timothy to bring John Mark with him to visit “because he is profitable to me for the ministry.” (2 Timothy 4:11)

It should also be noted that Barnabas’s absence from the book of Acts following the John Mark contention may simply be owed, primarily, to the fact that the book’s authorship is credited to Luke, who accompanied Paul and Silas rather than Barnabas and John Mark.

Regardless, it is apparent that there may actually have been “two rights” in this difference of judgment between Paul and Barnabas. Had the two men agreed, or one or the other compromised, we can speculate the following: There would have been only one great missionary journey began in A.D. 49, instead of two. Had John Mark not been given a second chance by Barnabas, he might have faded into obscurity back at his mother’s home in Jerusalem, meaning, perhaps, no Gospel of St. Mark. John Mark may never have met Peter, since it is very plausible that Barnabas and John Mark met up with Peter during their separate mission, culminating with Mark being Peter’s amanuensis (it was a commonly-held belief in the early church that Mark received much of the information for his gospel from the aging Peter’s recollections, and Peter records Mark as being with him in 1 Peter 5:13, where he affectionately refers to John Mark as “my son”). Timothy would have never gotten the chance to blossom into his missionary role, as he, in essence, took the place of John Mark as “helper” to Paul and Silas. All of these (not wild) speculations may well have not occurred for the very reason that Paul and Barnabas chose division rather than compromise.

Despite either’s unwillingness to compromise in the matter of John Mark, Paul and Barnabas still found a solution. They were both “right,” as evidenced by the glorious outcome that the split caused. In this instance, division equaled multiplication. It should be held in esteem in its applicability in our own lives today. It serves as a lesson to the thought that it is always the “duty” of a Christian to compromise. If it is a matter of biblical principle, stick to your guns. Do not worry about being “right” at the expense of the other person’s being “wrong.” As in the case of Paul and Barnabas, you may both be right. It may be yet another occasion where God is using all sorts of different mechanisms, including blessed division between friends, to orchestrate something wonderfully sublime. Take comfort, and assent.

Previous PostA US-Turkish Clash in Syria?Next PostIs Democracy on the Way Down?