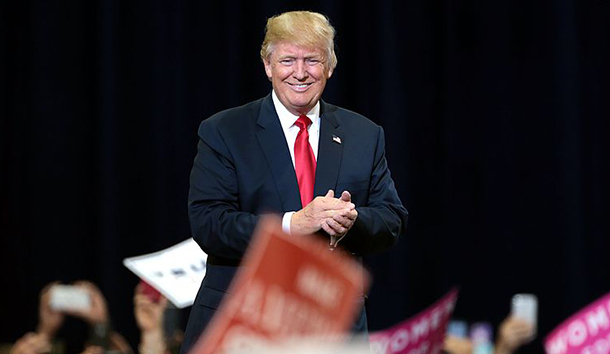 Last week I attended a legal conference hosted by a well-positioned law firm with many significant corporate clients. What I heard there was surprising, and encouraging. An expert on tax policy declared that Trump had been substantially right about trade, and that Paul Ryan’s tax reform package contained provisions that could, and maybe even would, become a border adjusted VAT of the type that acts like a tariff. An expert on regulatory policy told us that Trump owed his victory to his positions on trade and immigration, and that political reality dictated that he would need to deliver something on those issues, whether the corporate elite liked it or not. I also heard many people agreeing that, far from being the only Republican who could lose to Hillary—a staple of Never Trump propaganda before November 8—Trump was likely the only Republican running who could have beaten Hillary, and that Republicans hoping to win national elections in the future will need to appeal to the voters that Trump won by advocating policies similar to the ones he championed. It is possible that some of Trump’s GOP rivals would also have carried Ohio and Florida, but it is difficult to see how any of them would also have been able to win Pennsylvania, Michigan, and Wisconsin, the states that propelled Trump to victory.

Recognition of these political realities began appearing last week in other surprising quarters as well. National Review, a reliable font of Never Trump fantasies during the election, published a piece by Stephen Moore, formerly of the Club for Growth, defending his post-election statement to House Republicans that “Trump has converted the GOP into a populist, America First party” and asserting that “Republicans must prioritize delivering jobs and economic development to the . . . industrial Midwest.” National Review also published a piece by Michael Barone noting that Trump’s victory was the result of Trump taking positions quite different from Barone’s on trade, immigration, and foreign policy. Despite his many disagreements with Trump, Barone also admitted that “I find myself leaning reluctantly to the view that no other Republican could have won, at least the way Trump did.”

All of this means that Trump now has a great opportunity that he must seize. It is all to the good that Trump believes that American manufacturing jobs should stay in America and that he is willing to support this belief by phoning CEOs contemplating sending American jobs overseas. Trump’s efforts in saving some (though not all) of the jobs Carrier intended to send to Mexico are also to be commended, and the widespread criticism of that deal from quarters that have long gleefully proclaimed that nothing could be done to save American manufacturing jobs is just another reminder of why a candidate who identified outsourcing as a significant problem defeated a candidate who shared the worldview of Trump’s armchair critics. (In addition, as Josh Barro noted, the Carrier deal represents “a pretty good value, at just about $875 a year per job not moved to Mexico.” And Barro’s calculations do not include the money Indiana will save by not paying out benefits to unemployed workers or the money Indiana will collect in taxes from workers who are still gainfully employed). But if Trump is to succeed in his goal of ending the outsourcing of American jobs and of bringing back jobs that have already gone overseas—or at least over the Rio Grande—Trump will need to do more than threaten and cajole CEOs, as welcome as that is. He will need to change the economic calculus that has so devastated many parts of America. And the best way to do that would be to enact a border adjusted VAT or some other form of tariff. Carpe diem, Mr. Trump!