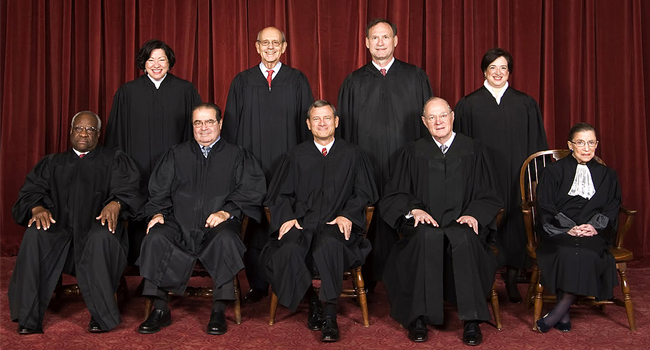 As I wrote on the Day After the Election, it is incumbent upon America’s Deplorables not to sit idly by, content with a mere victory in a presidential contest, as if suddenly all of our problems are solved.  The rabid mainstream media, still licking its wounds, is working 24/7 to undermine any agenda item that would reflect the deep concerns of the voters who elected Donald Trump.

One such concern involves the abortion issue, a modern holocaust to which we have grown complacently accustomed—so accustomed, in fact, that documented reports about Planned Parenthood’s sale of the livers, limbs, and brains of innocent aborted children simply fell off the radar, as many Americans seemed to accept the media’s spin on the story: namely, that any attempt (however truth-based) at defunding Planned Parenthood is misogynistic (an organized campaign to give the women of America undetected late-stage breast cancer), not to mention racist, as the abortion giant “serves” minority communities, albeit with death, ethnic cleansing, and lifelong guilt.

Donald Trump insisted that he had experienced a conversion to a pro-life position years ago, and campaigned on the promise to defend America’s unborn children.  He was perhaps the most explicit of any Republican nominee in recent memory on this topic, refusing to dodge the left-wing life-hating media’s insinuations about his potential SCOTUS nominees’ commitment to Roe v. Wade.  Usually, Republican candidates give a wink and a nod to pro-lifers by answering that there’ll be no “litmus test,” only adherence to the Constitution, and we Deplorable anti-infanticide voters are supposed to understand that strict adherence to the Constitution means a rejection of Roe, because anyone with half a functioning brain knows that Roe hardly reflects the spirit, letter, or purview of the Constitution.

Trump went further, however, stating plainly, “The justices that I’m going to appoint will be pro-life. They will have a conservative bent.”

The media and Democrats are now running wild with fearful declarations that the Trump List of potential SCOTUS nominees, supplied by the Heritage Foundation and the Federalist Society, is a rogues gallery of bedroom-invading puritans who will overturn every progressive accomplishment of the Sexual Revolution and return America to the Victorian Era.  But could it be that they are playing the role of Brer Rabbit, begging not to be thrown into the Briar Patch—which is exactly where they want to be?  Or at least that the Briar Patch is comfortable enough?

Some veteran pro-life advocates must be wondering just that.

Today, I received a letter from Andy Schlafly and the Eagle Forum, who have extensively researched members of the Trump List and have found some of their records to be mixed regarding the abortion question—far from the slam-dunk pro-life zealotry we’ve been warned about.  Here are but two examples, which illustrate an odd and curious inconsistency between the media’s breathless reporting and reality.

She wrote a birth control decision, that, at the time, SCOTUSBlog’s Lyle Denniston described as “the broadest ruling so far by a federal appeals court barring enforcement of the birth-control mandate in the new federal health care law.”

But the Schlafly/Eagle Forum letter reports that

In tittering over Judge Steven Colloton (also on the list) and his “unusually well defined record on reproductive rights, thinkprogress.org states,

In 2008, the Eighth Circuit heard Planned Parenthood v. Rounds, a challenge to a South Dakota law that required abortion providers to tell their patients that abortions terminate “an existing relationship” with an “unborn human being” and that abortions lead to an increased risk of suicide. They don’t.

Nevertheless, Colloton joined an opinion which reinstated the law after a panel of his court ordered it halted.

Additionally, the Eighth Circuit is the only federal appeals court to strike down the Obama administration rules governing access to birth control that were recently before the Supreme Court in Zubik v. Burwell. Colloton joined that opinion as well.

Yet the Schlafly/Eagle Forum letter finds that

We Deplorables simply cannot trust that the Heritage list is pro-life, nor can Trump.  Mr. Schlafly is organizing an effort to inform the President-Elect of the fulness of the record of the members of his list—a list that, according to recent reports, has been narrowed to three or four.  You can read about Mr. Schlafly’s effort here.  It includes a petition to Mr. Trump that urges him to live by his campaign promise and nominate a pro-life justice.  I have happily affixed my name to that petition.

We must hold the feet of this Republican administration—and the Republican Congress—to the fire, refusing to put our trust in princes and in lists supplied to them by Conservatism, Inc.  Now is not the time to get squeamish about incessant media attacks and fret over another Borking.  When that happened in the 80’s, the Reagan administration blessed us with Anthony Kennedy, who, like a poisonous Jelly of the Month Club, is the gift that keeps on giving—from Casey and the “Mystery Passage” to Whole Woman’s Health.

This is not the time for another stealthy Souter or Kennedy.  Trump said his model justice is Antonin Scalia.  Don’t allow him to forget it.