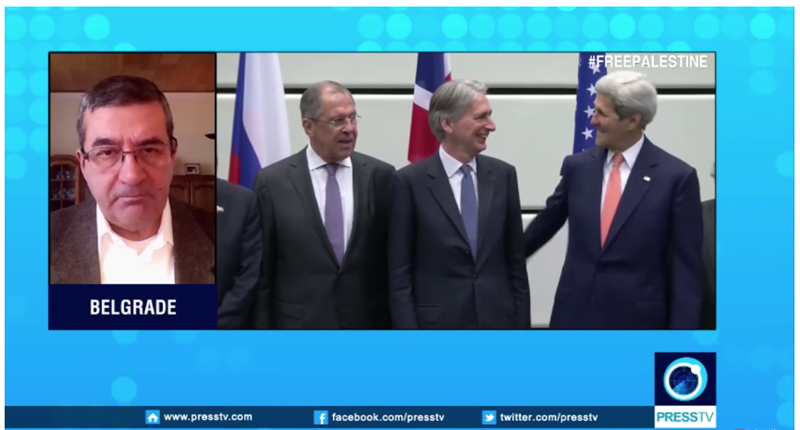 ST: Before the election in November of last year, reneging on the [Iran nuclear] deal was one of Trump’s campaign promises—because it was supposedly bad for U.S. interests. If you look at his statements at the time of decertification two months ago, however, he did not explicitly accuse Iran of violating the agreement’s actual terms, but reasserted that it was disproportionate—in other words, that the U.S. was granting Iran [with sanctions relief] more than it was getting in return.

It is significant that—last Tuesday—the Congress failed to act, after the expiry of the sixty-day deadline that President Trump gave it with his decertification in October. It is also significant that the Europeans had lobbied very hard—particularly the French and the Germans, as well as the Brussels apparat—with certain key members of both houses not to act upon decertification. Now that this deadline has passed, it is well-nigh impossible for the legislature, U.S. Congress, to renege on the deal. This is because it would require cooperation of the Democrats, which is not forthcoming . . .

The next date to watch is mid-January, when the State Department will decide whether it will remain in compliance with the deal, and also when we’ll know if President Trump will throw the ball back to Congress for another two months. On balance, there is no political consensus in Washington right now to accept decertification and remove the United States from the deal. The arguments of the Europeans—that doing so would undermine U.S. credibility, that would make it impossible to negotiate with Iran on other regional issues, and that it would definitely remove any possibility of nuclear negotiations with North Korea—apparently convinced the U.S. lawmakers and the establishment inside the Beltway that they should not cross the Rubicon.