Is Obama’s World a Utopian Myth? 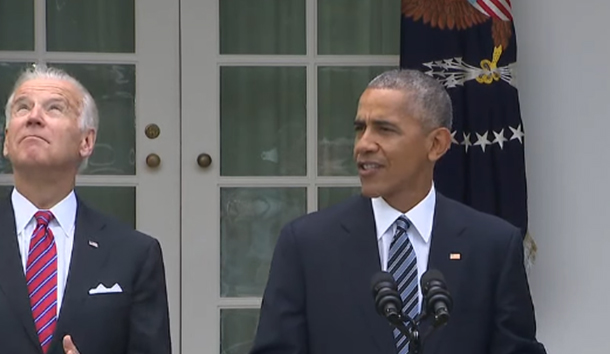 Speaking in Greece on his valedictory trip to Europe as president, Barack Obama struck a familiar theme: “(W)e are going to have to guard against a rise in a crude form of nationalism, or ethnic identity, or tribalism that is built around an ‘us’ and a ‘them’ . . .

“(T)he future of humanity and the future of the world is going to be defined by what we have in common, as opposed to those things that separate us and ultimately lead us into conflict.”

That the world’s great celebrant of “diversity” envisions an even more multicultural, multiethnic, multiracial America and Europe is not news. This dream has animated his presidency.

But in this day of Brexit and president-elect Donald Trump new questions arise. Is Obama’s vision a utopian myth? Have leaders like him and Angela Merkel lost touch with reality? Are not they the ones who belong to yesterday, not tomorrow?

“Crude nationalism,” as Obama said, did mark that “bloodiest” of centuries, the 20th. But nationalism has also proven to be among mankind’s most powerful, beneficial and enduring forces.

You cannot wish it away. To do that is to deny history, human nature and the transparent evidence of one’s own eyes.

A sense of nationhood—”I am not a Virginian, but an American,” said Patrick Henry—ignited our revolution.

Was that so terrible for mankind?

Nationalism brought down the Berlin Wall and led to reunification of the German people after 45 years of separation and Cold War.

President George H.W. Bush may have railed against “suicidal nationalism” in Kiev in 1991. But Ukrainians ignored him and voted to secede. Now the Russified minorities of the southeast and the Crimea wish to secede from Ukraine and rejoin the Mother Country.

This is the way of the world.

Out of the carcass of Yugoslavia came Slovenia, Croatia, Bosnia, Macedonia, Montenegro, Serbia, Kosovo. As nationalism called into existence Moldova, Georgia, Azerbaijan and Armenia, it impelled South Ossetians and Abkhazians to secede from Georgia.

Was it not a sense of peoplehood, of nationhood, that drove the Jews to create Israel in 1948, which today insists that it be recognized as “a Jewish State”?

All over the world, regimes are marshaling the mighty force of ethnonationalism to strengthen and sustain themselves.

With economic troubles looming, Xi Jinping is stirring up Chinese nationalism by territorial disputes with neighbors—to hold together a people who have ceased to believe in the secularist faith of Marxism-Leninism.

With Communism dead, Vladimir Putin invokes the greatness and glory of the Russian past and seeks to revive the Orthodox faith.

President Recep Tayyip Erdogan invokes nationalism, Attaturk, the Ottoman Empire, and the Islamic faith of his people, against the Kurds, who dream of a new nation carved out of Turkey, Syria, Iraq and Iran.

“So my vision . . . may not always win the day in the short run,” Obama said in Greece, “but I am confident it will win the day in the long run. Because societies which are able to unify ourselves around values and ideals and character and how we treat each other, and cooperation and innovation, ultimately are going to be more successful than societies that don’t.”

What is wrong with this statement?

It is a utilitarian argument that does not touch the heart. It sounds like a commune, a cooperative, a corporation, as much as it does a country. Moreover, not only most of the world, but even the American people seem to be moving the other way.

Did not the Democrats just run “an us and a them” campaign?

Less and less do we Americans seem to be one country and one people. More and more do we seem to be separating along religious, racial, cultural, political, ideological, social and economic lines.

If a more multicultural, multiethnic America produces greater unity and comity, why have American politics become so poisonous?

Trump’s victory is due in part to his stand for securing the U.S. border against foreigners walking in. Merkel is in trouble in Germany because she brought in almost a million Muslim refugees from Syria.

The nationalist parties that have arisen across Europe are propelled by hostility to more immigration from the Third World.

Outside the cosmopolitan elites of Europe and North America, where in the West is the enthusiasm Obama detects for a greater diversity of races, tribes, religions, cultures and beliefs?

“Who owns the future?” is ever the question.

In 2008, Obama talked of Middle Pennsylvanians as poor losers clinging to their bibles, bigotries and guns as they passed from the scene.

Yet, now, it’s looking like it may be Obama’s world headed for the proverbial ash heap of history.