The Big Three: America, Russia, and China Must Join Hands for Security, Prosperity, and Peace

by Edward Lozansky and Jim Jatras

With the defeat of Hillary Clinton by Donald Trump, we may never know how close America and all mankind came to nuclear war. Driven by the globalist agenda of the “indispensable” neoconservatives and liberal-interventionists calling the shots in a Clinton administration, it would have been only a matter of time before the United States found itself at war with Russia, or China, or both.

When Trump takes office, for the first time since Ronald Reagan we will have a president with the stature and vision to put the interests of the American people first. Trump’s firm hand on the tiller of the American ship of state combined with his business sense will enable him to deal confidently but fairly with the formidable, no-nonsense leaders of the world’s next two major powers: Russia’s Vladimir Putin and China’s Xi Jinping. This is a unique historic opportunity that must not be wasted.

Trump can move decisively to restore stability to a global order that has been spinning out of control. It is a good sign that he held cordial phone conversations with both Putin and Xi soon after his victory. It’s time to cement mutual goodwill with both Russia and China, which have established a de facto alliance in response to the mishandling of American policy under Trump’s immediate predecessors.

No one should pretend Trump’s task will be easy in light of the world’s many contentious issues. Trump’s “America First!” policy to make the United States secure, prosperous, and great again is a welcome change from decades of globalism. Similarly, Putin and Xi also put their countries’ interests first—that’s their job. But Trump has dealt with “tough customers” before, and that hasn’t stopped him from making great, mutually beneficial deals.

Dispense with the “indispensables”: Trump is right when he says he doesn’t need smug, self-anointed “experts” who have “perfect résumés but very little to brag about except responsibility for a long history of failed policies and continued losses at war.” None of those who denounced Trump during the campaign should be allowed to serve in his administration, no matter how contritely they beg. This is not vindictiveness, is it good sense. As they say, “personnel are policy”: Trump must keep out of his Administration people whose only “contribution” would be to try to steer him back to the failures of the past.

Make the common struggle against “radical Islamic terrorism” a priority: Trump has rightly faulted his erstwhile opponent and the lame duck sitting in the White House for their failure to name the principal security threat to America and the whole civilized world. To say the least, that threat is neither Russia nor China, who themselves are battling jihadism at home. It is urgent to settle the dangerous flashpoint in Syria. Aid to so-called “moderate” terrorists from western and regional patrons like Saudi Arabia must end, immediately. Coordination among the U.S., Russia, and China, and with Syrian and Iraqi forces, must aim to destroy all jihadist groups, not just the Islamic State. NATO should reach out to Shanghai Security Organization to coordinate a worldwide anti-terrorism strategy.

Defuse regional tensions where America’s vital interests are not at stake: Despite suggestions from the foreign policy establishment, neither China nor anyone else is threatening the sea lanes in the South China Sea. As Philippine President Rodrigo Duterte’s opening to Beijing shows, even America’s closest regional partners do not want to be pushed into a military confrontation to suit the agenda of “indispensables” in Washington. American concerns about North Korea can only be solved with Beijing’s security respected. In Europe, NATO forces should stand back from Russia’s borders and territorial waters.  NATO expansion should be ended—starting with the U.S. Senate’s declining to act on the accession of tiny and corrupt Montenegro—while a new security architecture in Europe takes shape. The Alliance’s 2008 pledge to bring in Georgia and Ukraine should be withdrawn. We and our European allies should find a way to cooperate with Russia on pulling Ukraine out of its political and economic crisis as a united, neutral state.

Russia boasts the world’s greatest landmass and natural resources unrivalled by any other country. She also has the only nuclear arsenal comparable to America’s. China is the most populous country in the world, with an economy achieving a par with ours and a burgeoning military sector. If American policy had been designed to alienate both of these giants and drive them to cooperate against us, it could not have been more successful.

President Donald Trump can correct the mistakes of past U.S. presidents. Rather than adversaries Russia and China can become America’s essential partners and are, we are convinced, ready to respond positively. It’s time for Trump and America to take the initiative for U.S-Russia-China cooperation towards a secure, prosperous, and peaceful future.  A Trump-Putin-Xi “Big Three Summit” should be a priority for the new U.S. President’s first 100 days. 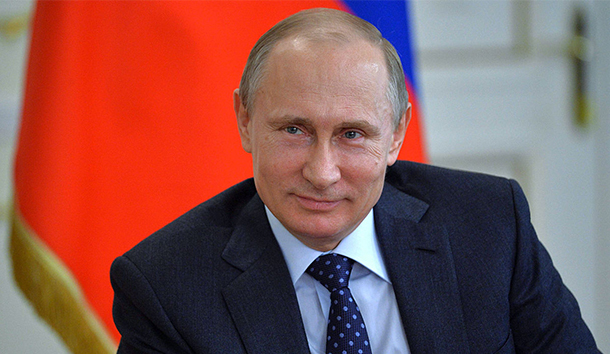 Edward Lozansky is president of the American University in Moscow. He is the author of the book Operation Elbe, which describes joint US-Russia anti-terrorist efforts.