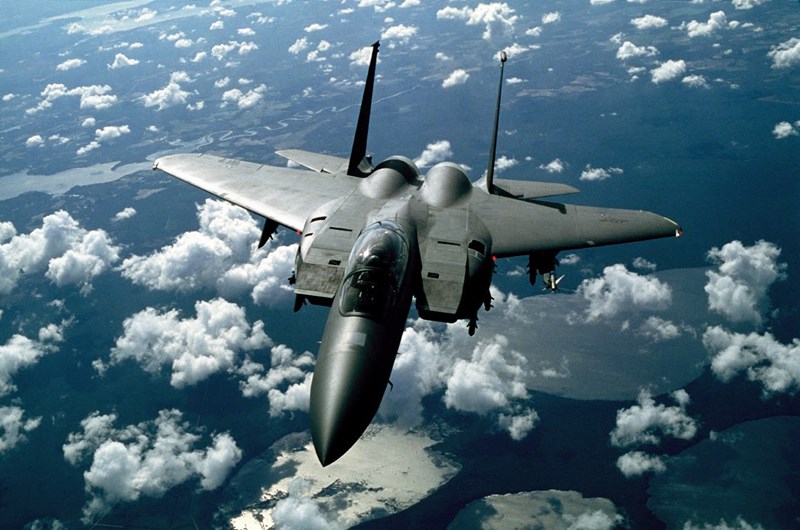 In crafting the platform in Cleveland on which Donald Trump would run, America Firsters inflicted a major defeat on the War Party.

The platform committee rejected a plank to pull us deeper into Ukraine, by successfully opposing new U.S. arms transfers to Kiev.

Improved relations with Russia were what candidate Trump had promised, and what Americans would vote for in November.

Yet, this week, the Wall Street Journal reports:

“The U.S. Pentagon and State Department have devised plans to supply Ukraine with antitank missiles and other weaponry and are seeking White House approval . . . as Kiev battles Russia-backed separatists . . . Defense Secretary Mattis has endorsed the plan.”

State and Defense want Trump to send the lethal weapons.

This is a formula for a renewed war, with far higher casualties in Ukraine than the 10,000 dead already suffered on both sides.

And it is a war Vladimir Putin will not likely allow Kiev to win.

If Ukraine’s army, bolstered by U.S. weaponry, re-engages in the east, it could face a Moscow-backed counterattack and be routed, and the Russian army could take permanent control of the Donbass.

Indeed, if Trump approves this State-Defense escalation plan, we could be looking at a rerun of the Russia-Georgia war of August 2008.

Then, to recapture its lost province of South Ossetia, which had seceded in 1992, after Georgia seceded from Russia, Georgia invaded.

Putin sent his army in, threw the Georgians out, and recognized South Ossetia, as John McCain impotently declaimed, “We are all Georgians now!”

Wisely, George W. Bush ignored McCain and did nothing.

But about this new arms deal questions arise.

As the rebels have no aircraft, whose planes are the U.S. antiaircraft missiles to shoot down? And if the Russian army just over the border can enter and crush the Ukrainian army, why would we want to restart a civil war, the only certain result of which is more dead Ukrainians on both sides?

The Journal‘s answer: Our goal is to bleed Russia.

“The point of lethal aid is to raise the price Mr. Putin pays for his imperialism until he withdraws or agrees to peace. . . . The Russians don’t want dead soldiers arriving home before next year’s presidential election.”

Also going neocon is Mike Pence. In Georgia this week, noting that Russian tanks are still in South Ossetia, the vice president not only declared, “We stand with you,” he told Georgians the U.S. stands by its 2008 commitment to bring them into NATO.

This would mean, under Article 5 of the NATO treaty, that in a future Russia-Georgia clash the U.S. could find itself in a shooting war with Russia in the South Caucasus.

Russia’s security interests there seem clear. What are ours?

Along with Trump’s signing of the new sanctions bill imposed by Congress, which strips him of his authority to lift those sanctions without Hill approval, these developments raise larger questions.

Is President Trump losing control of Russia policy? Has he capitulated to the neocons? These are not academic questions. For consider the architect of the new arms package, Kurt Volker, the new U.S. Special Representative for Ukraine Negotiations.

A former CIA agent, member of the National Security Counsel, and envoy to NATO, Volker believes Russian troops in Transnistria, Abkhazia, South Ossetia, Crimea, Donetsk and Luhansk are all there illegally—and U.S. policy should be to push them out.

A former staffer of Sen. McCain, Volker was, until July, executive director of the neocon McCain Institute. He has called for the imposition of personal sanctions on Putin and his family and European travel restrictions on the Russian president.

In the Journal this week, “officials” described his strategy:

“Volker believes . . . that a change in Ukraine can be brought only by raising the costs for Moscow for continued intervention in Ukraine. In public comments, he has played down the notion that supplying weapons to Ukraine would escalate the conflict with Russia.”

In short, Volker believes giving antitank and antiaircraft missiles to Ukraine will bring Putin to the negotiating table, as he fears the prospect of dead Russian soldiers coming home in caskets before his 2018 election.

As for concerns that Putin might send his army into Ukraine, such worries are unwarranted.

Volker envisions a deepening U.S. involvement in a Ukrainian civil war that can bleed and break Russia’s Ukrainian allies and convince Putin to back down and accept what we regard as a just settlement.

Does Trump believe this? Does Trump believe that confronting Putin with rising casualties among his army and allies in Ukraine is the way to force the Russian president to back down and withdraw from Crimea, Luhansk and Donetsk, as Nikita Khrushchev did from Cuba in 1962?

What if Putin refuses to back down, and chooses to confront?