It’s Time for Deplorables to March on Washington 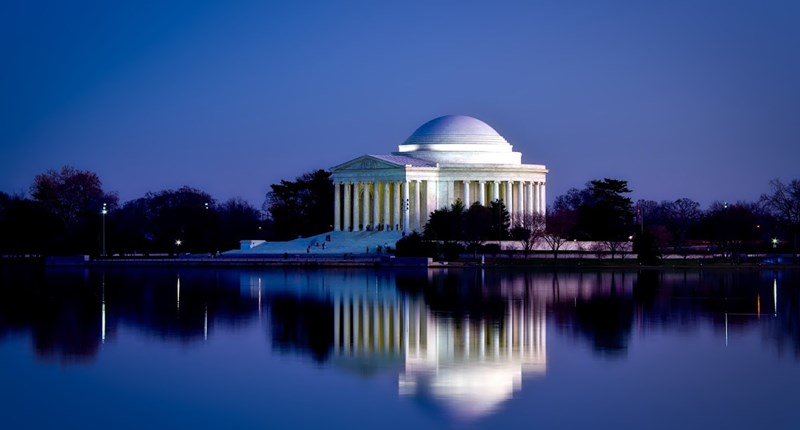 On the one hand, we have the Beltway Reality.

This is a world where Donald Trump is friendless and on the ropes, the Kevin McCallister of American politics. His legislative agenda, starting with repeal of Obamacare, is stalled if not moribund at the hands of a Congress ostensibly controlled by his own allies. He got a Supreme Court justice confirmed but other priorities—from building the Mexican Wall to rebuilding our infrastructure to tax reform to defunding Planned Parenthood to putting a stop to “sanctuary” cities and states—are going nowhere fast. A solid phalanx of hostile Democrats, with their media and Deep State allies, join hands with Republicans who are either incompetent or complicit, or both, to thwart him at every turn. Even his own administration is rife with untrustworthy neoconservatives, treacherous #NeverTrump Republicans, and even alleged cronies of George Soros, whom Trump has drawn to his bosom like so many asps.

Within this Beltway Reality, the one area of bipartisan “progress” is the Kumbaya moment of hand-in-hand Evil Party and Stupid Party collusion to strip Trump of his constitutional authority to make foreign policy, especially toward Russia. Unchecked criminal leaking of classified material to a hostile media keeps him perpetually on the defensive. Meanwhile, with full Congressional (of course including GOP) backing of Robert Mueller and his all-star team of partisan Democrats, Trump may well have entered into what Pat Buchanan calls a kill box that can only culminate in a silent coup that removes him from office.

Inside this Beltway Reality, the Swamp is winning.

On the other hand, we have the Heartland Reality.

Among Americans who lead normal lives—that is, lives unclouded by breathless outrage over his latest tweet—Trump’s tenure so far has been a smashing success. Legislative shortfalls barely register in a happy-news list of improved job creation, stock market record highs (though how much of that represents real economic growth and how much a ballooning investment bubble is open to debate), low oil prices, higher consumer confidence, and an apparent drop-off in illegal alien entries (and even indications of self-deportations). In the Heartland Reality, Trump is moving decisively to dredge the Swamp via a flurry of Executive actions to step up border enforcement, cancel the Paris Climate Agreement, pull out of the Trans-Pacific Partnership, unblock the Keystone Pipeline, eject from the military people with delusions they are not of the sex they really are, and rescind job-killing regulations.

At Trump’s campaign-like rallies out in what one sleazy Trump-hater calls “knuckle-drag America,” mainly in states that voted for him, the Deplorables are as fired up as ever. They love him and he loves them. Like the giant Antaeus renewing his strength against his foe Heracles by making contact with his mother, the Earth, Trump is visibly energized and reinvigorated when he renews the bond with “his” people.

In this Heartland Reality, Trump is winning and making America great again.

It is in the nature of things that two such radically different but manifestly linked realities cannot indefinitely endure. One or the other must triumph over its rival.

How the Beltway can vanquish the Heartland is painfully obvious. Mueller and his merry band will broaden their probe and dig until they can find someone they can nail for something, dragging things out into the 2018 Congressional election year. Meanwhile, if the Republicans lose the House, Trump without any doubt will be impeached. Unlike Democrats, who rallied around “their” president Bill Clinton, enough GOP Senators will rush to convict Trump. He’ll have to resign or be removed. The Deep State’s soft coup will have succeeded, in large part thanks to the hostility of the hefty percentage of Republican officeholders who were even more appalled at Trump’s victory than their Democratic pals, and who purposefully are torpedoing his agenda in the hopes of eventually eroding the support of his base. (The woefully misunderstood cloture rule—not some nonexistent “filibuster”—has been useful in this regard.)

There are also scenarios that would have Trump out before the next election, but the foregoing is enough for now. Whatever the timing, the prospect of removing Trump before the end of his term is all too real. It already has evinced dire warnings of a reaction from his supporters after the coup succeeds, even calls to civil war or massacre. Even assuming such warnings should be taken seriously (personally, I don’t) what good would an insurrection do after Trump is toppled? Barn door, horse . . .

The more difficult question is how the transparent effort to reverse the results of last year’s election can be scotched before it attains its goal—how the Heartland can vanquish the Beltway. In some form, this must mean that Trump’s support cannot be confined to rallies back home but must make an impact in Washington, to put the fear of God and the American people into the black hearts of the Swamp critters.

A few thoughts come to mind:

—Trump can start playing hardball with recalcitrant Republicans, calling for primary challenges against incumbents who have thwarted his agenda. (Given the timing, however, this alone will not be enough.)

—He can give a detailed televised speech to the American people laying out what he has sought to do, where he has succeeded and where he has failed – and who’s to blame. Name names, especially Republican names. Demand the end of the 60-vote threshold in the Senate and passage of the stalled initiatives. Demand confirmation of his nominees. Ask his supporters to light up the House and Senate switchboard, crash the Congressional email servers. (But would the networks even agree to give, or even sell, him time? Would internet and social media distribution be enough?)

—But most powerfully, he can ask his Deplorables to come to Washington It should be on a weekday when Congress is in session. Following a half-hour Trump rally at the east end of the National Mall, they will fan out to mob Senators’ and Representatives’ offices to tell them and their staffs first hand, in person, what they must do.

But whatever Trump does, he needs to do it soon. The Swamp has a plan to upend the constitutional order. Trump needs one to preserve it. Tweets and rallies out in the real America won’t get the job done. The America of the Deplorables must make its presence powerfully felt in Washington.

Mr. President, call us! We will come!