A guide to the Neil Gorsuch nomination uproar: If you want the federal government to exercise greater and greater power over daily life in America, with minimum backtalk 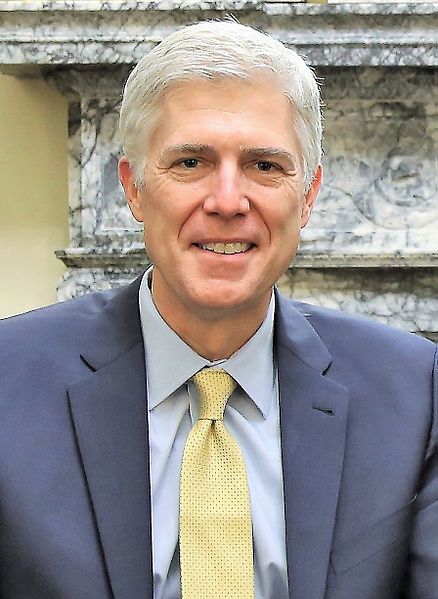 from us, the people, you deplore the prospective elevation of Neil Gorsuch to the U.S. Supreme Court.

If, by contrast, you regard the expansion or contraction of governmental power as matters subject to cautious consideration, with a bias toward doing this thing the right way—well, you trust that the Senate will OK the nomination and that Justice Gorsuch looks both ways when crossing the street in heavy traffic. You want him on the court a long time.

Eighty-odd years ago, the Supreme Court of the United States, thitherto an obstacle to rash claims that government inherently had the power to do this or that, undertook a flip-flop. Members of that exalted body had mostly wanted proponents of change to prove that their proposed changes lined up with the design of the U.S. government as an institution with limited and balanced powers. There were things government could and ought to do, and you had to be careful. Our founding document, the Constitution, referred ultimate questions to the people, acting through their deliberately chosen representatives.

Judges in chaste black robes were not commissioned, under the Constitution, to get out ahead of the people and lead a parade in a new direction. There had always been change in human affairs, and there always would be. The question was who would initiate change, and under what auspices and authority.

Ours being a country of human beings, run by and for human beings, no consistent theory of governmental behavior was likely to guide us at all times. However, only in the last seven or eight decades did the Supreme Court turn itself into a lawmaking chamber—an agent of changes that judges were supposed to be scrutinizing rather than initiating.

The revolution came, as so many other revolutions did, with the New Deal. President Franklin D. Roosevelt had things he wanted done, even if that meant bending the constitutional text in creative ways. The Supreme Court resisted for a time before giving in. “The Constitution is dead,” observed Justice James McReynolds, ruefully, in one case that gave FDR his way.

Suspicion of unchecked power became an unfashionable concern. Doing things the right way had ceased to matter. All that mattered was what the “right” way was in the eyes of judges who undertook (as they saw it) to lift government from groveling obsession with ways and means and make it the major force in our affairs. Churches, families, universities and similar seats of authority sank in esteem and power. Government, under this new unfolding of the American story, was the friend of all and the initiator of mighty acts. Hail, Caesar!

The Constitution, nevertheless, proved not so dead as Justice McReynolds had pronounced it.

Yes, the instinct among a certain kind of judge to do wondrous things persisted; from this instinct proceeded Roe v. Wade and the annulling of the automatically acknowledged human right to live and breathe. But there was pushback from the people against the court’s implied claims of a duty to legislate on the people’s behalf, and not just in the matter of abortion.

The skepticism that Thomas Jefferson and Abraham Lincoln had brought to consideration of judicial power in our affairs proved to be abiding. Our political court became, inevitably, a political target. The importance of seating on the court judges who saw the constitutional text as binding rather than liberating became a campaign theme: right down to the start of Senate hearings this week into the fitness of Neil Gorsuch to bring his prudent, thoughtful, circumscribed views of judicial power into greater visibility on the nation’s highest court.

The left understands Gorsuch to represent the nonpolitical temperament it would exclude from the court, so as to broaden the ability to impose on the American people (bless their pointed heads) plans and objectives for which they have not asked. The left, this time, might not get away with it. Too many of us see what its spokesmen and propagandists are really up to.