Letter From Lebanon: The Phoenician Phoenix

“For thousands of years, the land that carried the mountains of Lebanon and hugged the Mediterranean Sea was restless,” says painter Antoine G. Faddoul of his Phoenix as a metaphor for his native land. “Those who inhabited the very first civilized cities suffered numerous invasions destroying their cities time and again [but] the survivors always rose from the ruins and rebuilt their homeland in a manner even more magnificent than it used to be, while the invaders left, no matter how long they captured the land for.”

After five years’ absence I am back in the Middle East, and in Lebanon for the first time since the end of the civil war in 1990. Faddoul is partly right: Beirut’s reconstructed downtown and brand new seafront do look magnificent; but the scene is 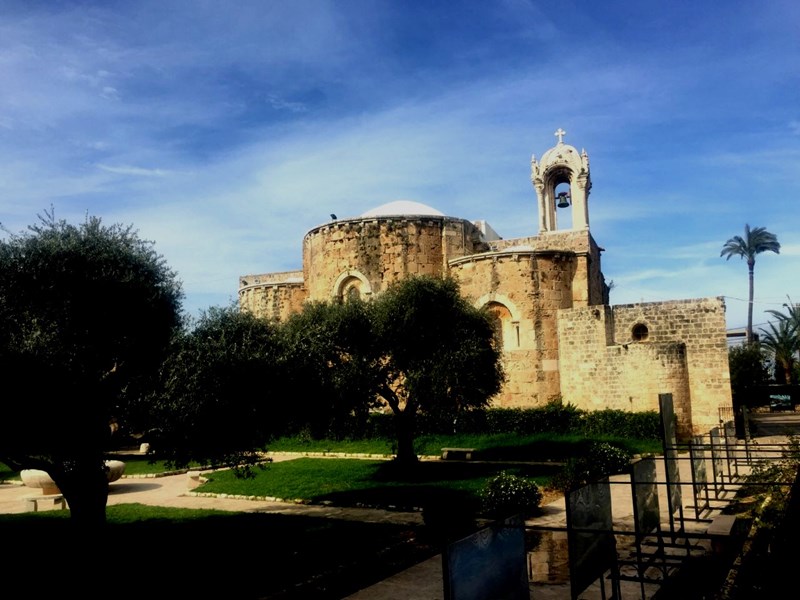 far from impressive elsewhere. There has been a lot of rebuilding and even more new construction, apparently with little planning and certainly with wanton disregard of aesthetics and habitat. Power outages are a daily nuisance even in the prosperous Maronite community of Nahr Ibrahim overlooking the Mediterranean just south of Byblos, where I am renting a studio until the end of the month. The once-pristine hills from here to Jounieh have been permanently ruined by urban sprawl. The traffic is chaotic and the approaches to Beirut congested most of the time. Driving here is a nerve-racking experience even for a seasoned veteran of Italian, Spanish and Balkan roads.

More problematic is Faddoul’s reference to “invaders” as the main source of Lebanon’s woes. In the century since the end of the Great War, the only period of foreign rule was that of the French mandate. It ended in 1943, and it is etched in the collective memory of many Lebanese as a period of enlightened and civilized governance. The destruction which turned cities into ruins between 1975 and 1990 was not caused by any invaders. It was the result of accumulated unsettled scores among Lebanon’s many ethno-religious communities.

The war was mindbogglingly complex, with up to 22 different militias taking part in a Hobbesian free-for-all, and with both neighbors of Lebanon—Syria and Israel—helping their respective clients. The underlying cause of the conflict was the fact that the key actors—Sunni and Shia Muslims (ca 54%), Maronite and other Christians (ca 41%), and the Druze (an esoteric sect regarded as heretical by Muslims, ca 5%) in a population of six million—do not share any clear sense of common past and destiny. Their incompatible narratives on who they are now, and who did what to whom in the past, are strikingly reminiscent of Bosnia and Herzegovina. 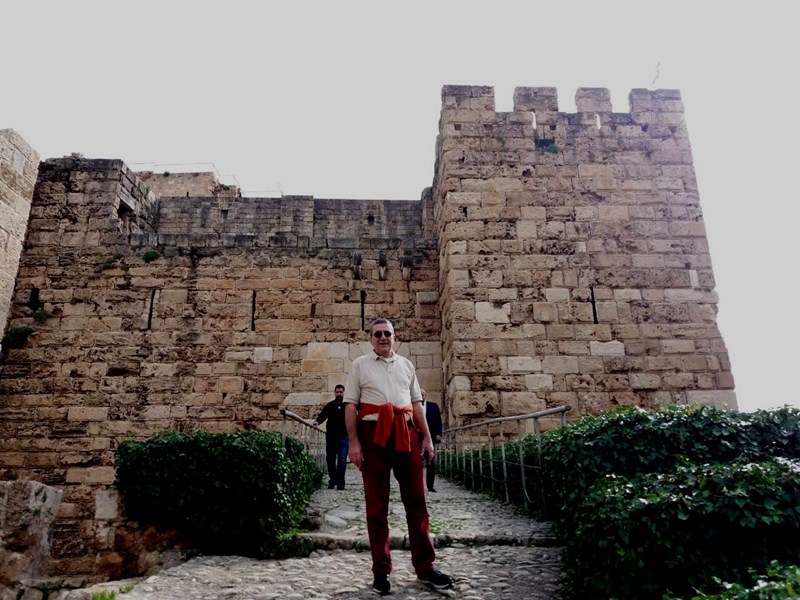 the beleaguered Christian community, which had been decimated by decades of Muslim terror and famine. In 1860 a joint Druze and Sunni campaign of terror killed 25,000 Christians; over 300 villages and hundreds of churches were destroyed. In the aftermath of the pogroms most Christians were confined to a mountainous enclave cut off from the coast, and faced poverty. In the ensuing half-century tens of thousands emigrated to the Americas, with Brazil a favored destination. The multi-million strong Lebanese diaspora, reinforced by a wave of some 800,000 emigres during the civil war, remains predominantly Maronite to this day.

The great famine of Mount Lebanon (1915-1918) coincided with the Armenian genocide, and it had similar causes. In terms of human toll it proved to be far worse than the pogroms. A quarter-million people perished in three years, roughly one-half of all Christians inhabiting the Mt. Lebanon region. This was the highest fatality rate of any single population group during the First World War. In May 1916, Khalil Gibran wrote that the famine in Mount Lebanon had been “planned and instigated by the Turkish government . . . thousands are dying every single day.” Gibran dedicated his haunting poem “Dead Are My People” to the victims.

For the Christians, the Ottoman collapse in 1918 and the French decision to create a Lebanese state in 1920 was nothing short of deliverance. When the government in Paris decided to turn it into a Greater Lebanon by doubling the size of the Ottoman Mount 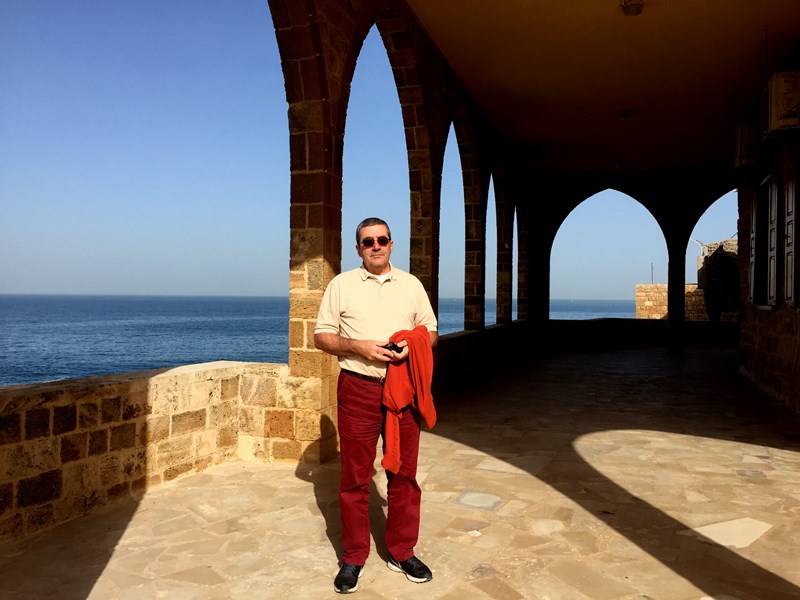 Lebanon autonomous region, the news was also enthusiastically supported by the Christians. In the long run, however, what looked like solidification of the geopolitical position of the new state was to have fateful consequences. Extensive majority-Muslim areas, Shiite in the south (Nabatyeh) and Sunni in the east (Bekaa Valley) and north (Tripoli) were attached to Greater Lebanon, at times only after a fight. The Sunnis in particular would have preferred to remain in the predominantly Muslim Syria, but they were not asked. From the outset, their commitment to the Lebanese project had been predicated on the notion that it is to be an Arab country first and foremost.

While the Constitution of Lebanon declares that “Arabic is the official national language,” many Lebanese Christians do not see themselves as Arabs, either racially or culturally. They claim that the land of Lebanon has been inhabited continuously since ancient times, and that linguistic Arabization has not altered their distinctly non-Arab ethnic identity, ancestral origins, and cultural community with the “Mediterranean” civilization. The rejection of any Arab designation has been notably popular with the Christian upper and middle class as it evokes the Phoenician mercantile and seafaring tradition. Strongly implied is the sense of disdainful detachment from the violence, chaos and fanaticism of the Arab-Muslim hinterland. This is of course odious to the Muslim majority, and to Sunnis in particular, both on religious and Arab nationalist grounds.

An illustration of Lebanon’s divisiveness is the fact that even its demographic data is a matter of dispute and an eminently political issue. Confessionalism, which divides political power along religious lines, is central to the country’s political system. Remarkably, the last census was taken almost 90 years ago, in 1932. It provided the basis for the ensuing National Pact of 1943, which mandated that the president of the country must be a Maronite, the Prime Minister a Sunni, and the Speaker of Parliament a Shiite. Until 1990 Christians were guaranteed six seats in the legislature for every five Muslim ones; under the Taif accords that ended the war the ratio of seats was adjusted to parity. In addition, key positions in the armed forces, the Central Bank, the National University, etc. are still allocated in accordance with religious affiliation. 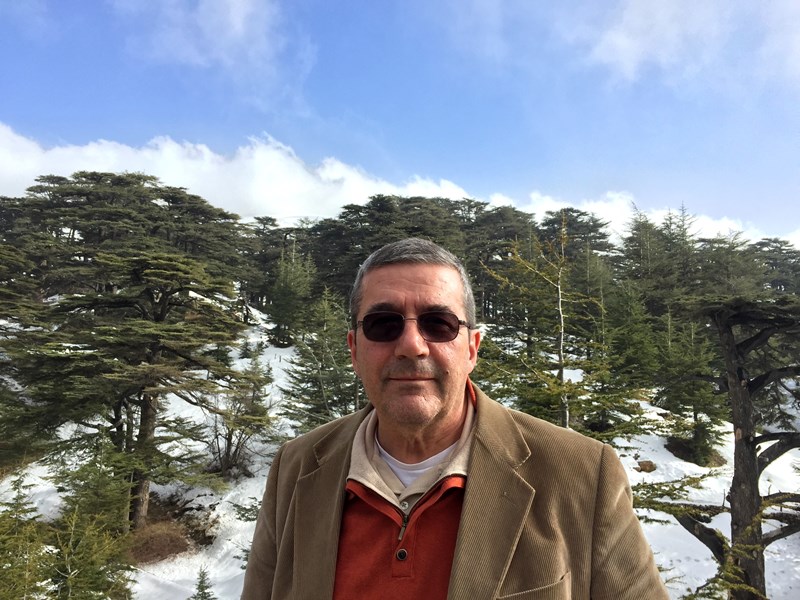 in 1943, the balance has shifted because of lower Christian birth rates and because they are more likely to emigrate. Christian political leaders are loath to agree to a new census, as its likely results would prompt Muslim demands for a new power-sharing arrangement. The system based on religious identity fixed at birth remains omnipresent at all levels of Lebanese society, including identity cards and electoral rolls. It is also increasingly dysfunctional. It had taken Lebanon 29 months and 45 failed attempts to elect a new head of state in October 2016. The winner turned out to be a breath of stale air: President Michel Aoun, a veteran soldier-politician in his eighties, seems determined to maintain the status quo as long as possible.

Some Christian leaders warn that any attempt to change the constitutional status quo would lead to violence. Others, like Phalange Party leader Sami Gemayel, advocate fundamental change. They see federalism—with a weak central government in Beirut and highly autonomous, confessionally-based entities—as the only way to avoid creeping majorization.  For the time being, though, the government of Lebanon has no unified foreign policy. Most Lebanese, including Sunnis, have been dismayed by Saudi Arabia’s brazen interference in Lebanon’s internal affairs, but the government was unable to respond with a clear voice. Each minister’s actions and words reflect the preferences of his electoral base; strategic coherence is impossible.

A rare area of agreement among a growing majority of Lebanese is that the survival of Bashar al Assad’s government in Damascus is preferable to any likely alternative. The Shiites of course are unanimous on this issue, and their Hezbollah volunteers have made a substantial contribution to Bashar’s de facto victory. Initially the Future Movement, the leading Sunni bloc, strongly supported the Syrian rebels and called for international action to change the regime in Damascus. Many Sunnis have grown ambivalent, however, reflecting the dilemma of their brethren in Syria itself: most would prefer to see someone other than Bashar in power, but not the zealots intent on imposing Sharia. Most Christians support Bashar, partly because his victory offers the only chance for the survival of their coreligionists in Syria, but more importantly because he is seen as the only barrier between the fragile Christian redoubt in Lebanon and the forces of jihadist darkness further east. And yes, everybody wants the Syrian refugees to go back home.

Previous PostThe Motives Behind the MassacreNext PostIs That Russia Troll Farm an Act of War?