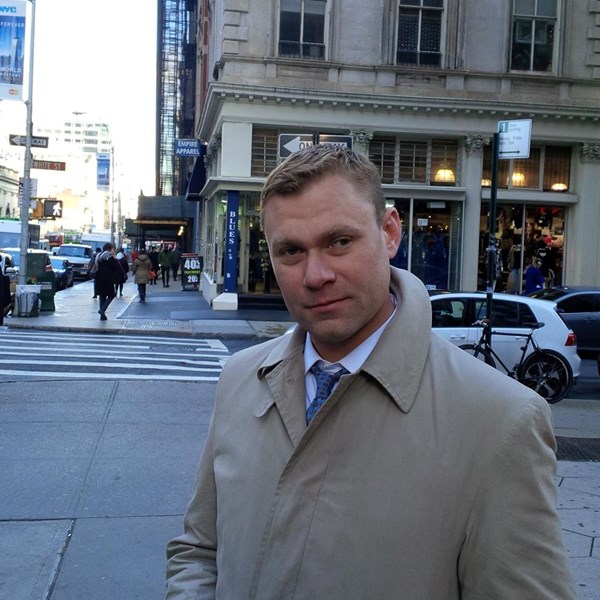 The editors were saddened to learn of the passing, on April 3, of our onetime colleague and longtime friend Matthew A. Rarey. Matt’s time at Chronicles was not long—he was with us for a little over six months—but as he did everywhere he was employed, Matt left his mark. He was an accomplished writer and had the raw talent of a good editor. With his classic good looks and eyes that most often twinkled with joy and a touch of mischievousness, Matt lit up a room. Those same eyes on occasion revealed a deep sadness, which Matt channeled into self-deprecating humor. His jokes and wordplay could be exasperating at times—he always seemed to push the witty repartee just one pun too far—but the fact that he never took himself too seriously meant that it was impossible to stay annoyed with him. Were more men today as quick to laugh at themselves as Matt was, and as loyal and eager to please their friends as he, Matt might have more easily found his place in this world.

Chronicles and the Washington Times (from which he came to us) were somewhat removed from Matt’s normal occupations. A devout Catholic, Matt worked for the Church and Church-related organizations in a variety of capacities. A visitation and wake will be held on Monday, April 10, from 4-8 P.M. at the Sax-Tiedemann Funeral Home in Franklin Park, Illinois, and a memorial service will take place the next day at 11 A.M. at the same funeral home. A Mass of Christian Burial will be held after the Feast of the Resurrection of Our Lord, in Whom Matthew placed his hope. May God in His mercy grant Matthew A. Rarey blessed repose and eternal memory.