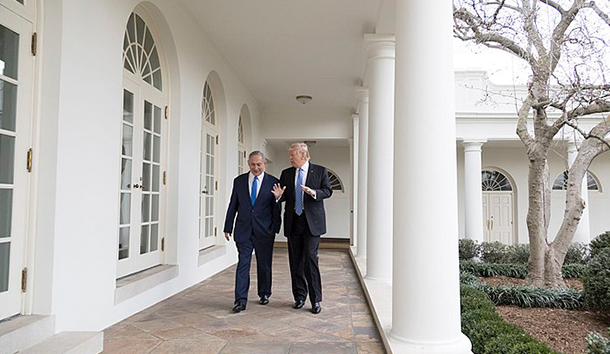 For many scandal-plagued politicians there comes a turning point after which the downfall becomes inevitable. In Richard Nixon’s case this happened on March 1, 1974, when he was named as an unindicted co-conspirator in an indictment against seven former presidential aides. Two months later, impeachment hearings commenced before the House Judiciary Committee. Charles Haughey’s illustrious career as Ireland’s “Great Houdini” came to an end in 1992, when revelations surfaced about his role in a decade-old phone tapping scandal. In Silvio Berlusconi’s long battle for political survival, the point of no return came on August 1, 2013, when he was convicted of tax-fraud by Italy’s court of final appeal.

Benjamin Netanyahu, now in his fourth term, may become the longest-serving Israeli Prime Minister—provided he survives in his post into 2018. On August 3, Israeli police officially confirmed that Netanyahu is suspected of a series of crimes, including fraud, breach of trust and accepting bribes. On the same day it was announced that his former chief of staff, Ari Harow, had signed a deal with prosecutors to become state’s witness and testify against Netanyahu. In the ensuing ten days, people in Netanyahu’s inner circle reportedly started “fleeing like rats on the Titanic.” The prime minister is said to be angry that some Likud ministers are reluctant to express support for him. Some told The Jerusalem Post that “they felt uncomfortable defending Netanyahu, because they believed he made mistakes he should not have made and they did not want to be associated with those mistakes.”

Netanyahu and his supporters on the Israeli right insist the investigations, and their media coverage, amount to a politically motivated vendetta by leftists and media purveyors of “fake news.” In a speech to thousands of supporters last Wednesday, the prime minister even accused his foes of seeking to bring him down in order to cede land to the Palestinians. Defiance was to be expected, but after August 3 it looks like “Bibi the Magician” is running out of tricks. The investigation—its details are available to the curious—now also includes his wife, eldest son, personal lawyer, and one of his cabinet ministers. The one important question is what impact Netanyahu’s eventual downfall will have on the political and military situation in the region.

In the medium term no significant changes should be expected in Israel’s position. Two politicians who are considered most likely to replace him—Bayit Yehudi leader and Education Minister Naftali Bennett and Netanyahu’s old Likud rival Gideon Sa’ar—take an even more intransigent line on the question of Palestinian statehood than the prime minister. Both now reject the assumptions behind Netanyahu’s Bar-Ilan speech in 2009 and his subsequent conditions for support of a demilitarized Palestinian state

Bennett does not conceal his ambition. He predicted on Sunday (August 13) that the current government would survive until Israel’s next general election, scheduled for November 2019, but added that he is poised to replace Netanyahu as the next leader of Israel’s right-wing political camp. Two days earlier Bennett scored points on the Right by proposing the “United Jerusalem” bill at the Knesset, which would make it virtually impossible for any part of the city to become capital of a future Palestinian state. Opposition leader Isaac Herzog of the Zionist Union accused Bennett of “destroying the chance for peace . . . destroying the diplomatic process and the chance of guaranteeing a Jewish and democratic Israel.”

Last January Sa’ar called for a retreat from the two-state solution: “we have learned that the Palestinian side has neither the desire for nor the ability to commit to compromise in an effort to find a solution to the historical conflict between the two peoples.” In June he reiterated his view that it would be “a mistake to return to the idea of establishing a Palestinian state in Judea and Samaria as a solution to the conflict” because “it would flood the area with Syrian and Palestinian refugees and with radical Islamic elements who would arrive in order to lead the fight against the Jewish state, and Israel will have no control over it then.”

Whatever happens to Netanyahu, it is time for the United States to discontinue the quest for a resolution of the Arab-Israeli conflict. That endeavor is futile. Israel’s current leaders are no longer seriously interested in a two-state solution. The Palestinian leadership cannot settle for anything less. Last February President Trump suggested he is open to new strategies to achieve peace “I’m looking at two states and one state, and I like the one both parties like,” Trump told a joint news conference after his first meeting with Netanyahu. “I can live with either one.” Last week Palestinian chief negotiator Saeb Ekarat called on Washington to establish a clear position regarding the establishment of a Palestinian state based on 1967 borders.

It is an even bet that Trump will do no such thing. Even if he does not formally pull out of peace negotiations, he knows that if the two sides decide that it is in their interest to sign a deal, it will happen regardless of his good offices. It would be prudent for the Trump administration to sit back and let Arabs and Israelis continue on their long road to nowhere until they decide they have had enough. Netanyahu’s likely demise will not influence that outcome.

Previous PostIs the American Empire Worth the Price?Next PostIf We Erase Our History, Who Are We?