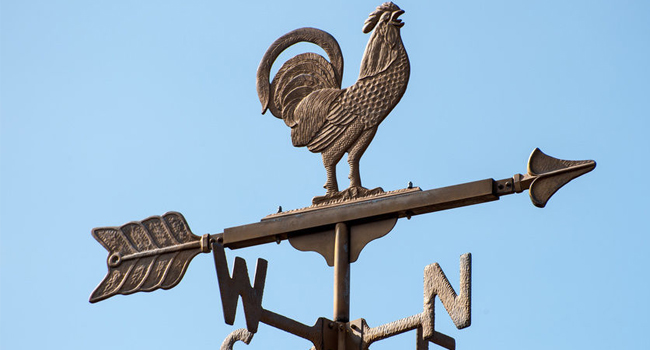 What has become of poets and prose-stylists, essayists and novelists, composers and painters, philosophers and theologians, in this poststructuralist era, when everything (especially art) has been politicized and monetized? In this, our late-stage, moribund, materialist “sensate culture,” in which thought itself is a commodity?

Is there any value to be found in an essay, a song, or a film, beyond its usefulness in promoting a politician or a party or a policy? Beyond its ability to create in the naked individual a sensation of instant, base, sensual gratification—or do I repeat myself?

And if the decades-old motto of Chronicles: A Magazine of American Culture (“There are no political solutions to cultural problems”)—reflected, interestingly, in the late Andrew Breitbart’s motto as well (“Politics is downstream of culture”) remains true, shouldn’t the ultimate thrust of our artistic jeremiads be to draw our attention and our affection away from banal, binary, Janus-faced ideology and back to the Permanent Things? And not in such a way that would further politicize the Permanent Things but would, instead, reinvigorate the institutions that cultivate them (a.k.a., “culture”)?

I was pondering all of that when I happened upon this section of Ezra Pound’s insightful and aphoristic ABC of Reading:

. . . an animal that neglects the warnings of its perceptions needs very great powers of resistance if it is to survive.

Your finer senses are protected, the eye by bone socket, etc.

A nation which neglects the perceptions of its artists declines. After a while it ceases to act, and merely survives.

There is probably no use in telling this to people who can’t see it without being told.

Artists and poets undoubtedly get excited and ‘over-excited’ about things long before the general public.

Before deciding whether a man is a fool or a good artist, it would be well to ask, not only: ‘is he excited unduly’, but: ‘does he see something we don’t?’

Is his curious behaviour due to his feeling an oncoming earthquake, or smelling a forest fire which we do not yet feel or smell?