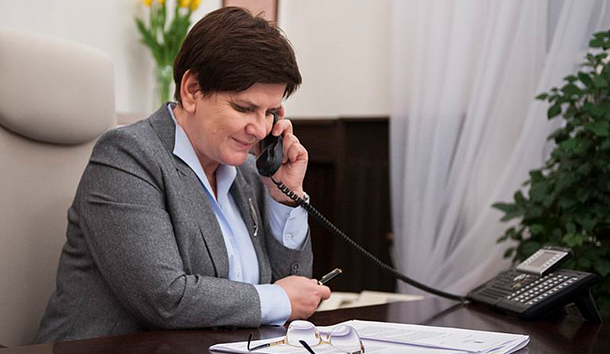 Last week saw two particularly grisly Islamic terror attacks of the type that have become all too common: 22 people, mostly children and teenagers, were killed after a bomb exploded at a pop concert in Manchester, England, and 28 Egyptian Copts, including young children, were massacred when ISIS ambushed their bus, which was taking them to a Coptic monastery. Last week also saw two speeches in Europe offering two contrasting visions of how the West should deal with immigration from non-Western cultures. One approach is the one urged incessantly by elite opinion in the West; the other approach is one that might actually work.

Speaking in Berlin, former President Barack Obama denounced a “competing narrative of fear and xenophobia and nativism and intolerance and anti-democratic trends.” Obama also said, “In this new world we live in, we can’t isolate ourselves. We can’t hide behind a wall.” While it is likely that the “wall” Obama had in mind is the one his successor promised to build along our southern border, his words were equally applicable to the debate taking place in Europe over how to handle mass immigration from North Africa and the Middle East. After all, Europeans concerned about the growing presence of Islam on their continent are regularly denounced as being motivated by “fear and xenophobia and nativism and intolerance.”

Speaking in Warsaw, Polish Prime Minister Beata Szydlo reiterated Poland’s refusal to accept Islamic immigration and urged her fellow Europeans to take action: “Where are you headed, Europe? Rise from your knees and from your lethargy, or you will be crying over your children every day.” Had he listened to Szydlo’s speech, Obama would no doubt have dismissed it as rooted in “fear” and “xenophobia” and all the rest.

But prudence isn’t fear. It is now clear that Islamic immigration carries with it the cost of murder and mayhem. Of course, most Muslims who come to Europe are peaceful, but some irreducible fraction are not. Nor is this a problem solved by time spent in Europe. Indeed, a number of Islamic terrorists in Europe grew up there, and some have been the grandchildren of immigrants. By contrast, there is no benefit conferred on Europeans by Islamic immigrants outweighing this horrible cost, since the labor Muslim immigrants provide (when they aren’t receiving welfare instead) can be provided just as well by others, including by Europeans themselves. A prudent statesman would take this into account, and either refuse to accept Islamic immigrants, as Poland is doing, or build a wall to prevent Islamic “refugees” from entering, as Poland’s traditional ally Hungary has done.

In the “new world” heralded by Barack Obama and his European allies, though, Europeans aren’t allowed to care about such mundane matters as the survival of their countries. Indeed, most European politicians seem utterly indifferent to the well-being of the ordinary people in their countries—the type of people who end up getting stabbed, or blown up, or run down by Muslim murderers—and hostile to anyone who dissents from a Europeanist ideology that insists that the highest expression of European values is for Europe to cease being European. No other people are expected to behave this way. Japan, for example, is a very wealthy country that allows virtually no immigration of any type. No one threatens economic sanctions on Japan over this, or even says much about it. But the new president of France, Emmanuel Macron, has urged EU sanctions against Poland for refusing to accept Islamic immigrants. Not coincidentally, Macron’s presidential campaign consisted of a series of hosannas to the virtues of multiculturalism and globalism, including Macron’s bizarre claim that “There is no such thing as French culture.”

A West that listens to Beata Szydlo and to Hungary’s Viktor Orban might have a future. A West that follows Barack Obama, Angela Merkel, and Emmanuel Macron is doomed.