Rod Dreher and the Politics of Betrayal 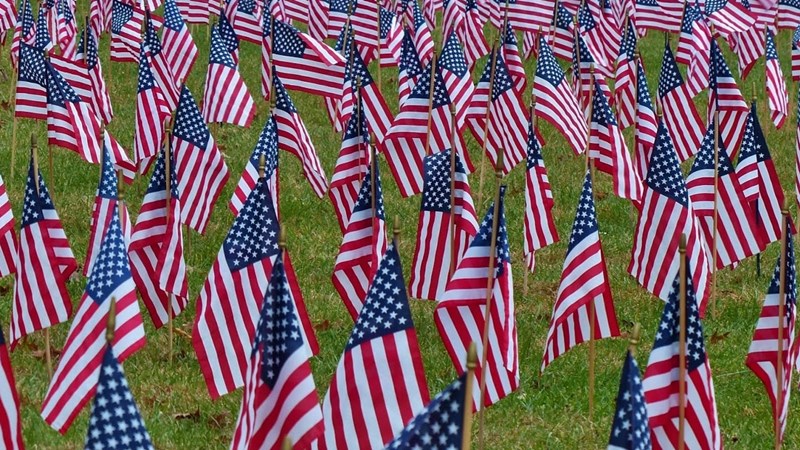 The past week or so has been a sad one in American political life. The reason for this, of course, is Charlottesville, where a woman lost her life and people proudly carried flags no Americans ever should, the swastika of the Nazis and the hammer and sickle of the Communists. The emotions unleashed after Charlottesville portend further turmoil and discord, with a few even seeming to long for another American Civil War. The unraveling of America that some see as a hope would in fact be a tragedy, since America was the first country where large numbers of ordinary people were able to achieve a decent life and even attain a level of prosperity that their ancestors could only dream of. Yes, for too long the descendants of those brought here as slaves were prevented from fully sharing in that prosperity, but the notion that the America that elected and reelected Barack Obama and that idolizes numerous black athletes and entertainers is defined by pervasive racism is absurd. I strongly believe that we should honor the brave men who fought on both sides in the Civil War, but no one should wish for a second American Civil War.

The period following Charlottesville has also been marred by many attempts to score political points. Most have been at the expense of President Trump, whose election has never been accepted by many in the mainstream media, the entrenched bureaucracy, or the left. But some of these attacks hit closer to home. On Friday, Rod Dreher used his perch at The American Conservative to attack one of the men who founded that magazine, Pat Buchanan. Dreher charged that Buchanan’s column from the previous Tuesday, “If We Erase Our History, Who Are We?”, was a “shameful defense of white supremacy,” “abhorrent,” and “disgusting, racist, indefensible.” From Buchanan’s statement that the belief that all men are created equal is “ideological,” Dreher concluded that “Buchanan repudiates not only the founding principle of our Constitutional order, but also a core teaching of the Christian faith, which holds that all men are created in the image of God.” To bolster his attack, Dreher then cited a similar attack on Buchanan by neocon Mona Charen.

Without Pat Buchanan, The American Conservative would not exist. Thus, Dreher’s attack on Buchanan is an example of treachery and ingratitude, as well as Dreher’s customary hysteria. (Charen is an ingrate too, since Buchanan helped her in the Reagan White house and after). It is also false: Buchanan’s column merely points out, as suggested by its title, that if Robert E. Lee must go, so too must many other central figures in American and Western history. This may shock Rod Dreher, but Christians from antiquity on did not deny any core teaching of the Church by accepting or even defending the feudal hierarchies that characterized their societies, including the hierarchy the Church defended against the egalitarianism of the French Revolution. It may shock Dreher even more to learn that the phrase “all men are created equal” appears nowhere in the United States Constitution, which actually is the foundation of “our Constitutional order.” As a respected conservative author wrote to me after Dreher’s attack, “What Pat was clearly saying is that if we are to wipe the Confederacy from the historical record, so should we erase all the previous history of the West.[Dreher’s] misreading of the column is plainly willful. He’s playing some sort of political game or another, but who really cares?”

Actually, I do, for two reasons. I am honored to call Pat Buchanan a friend. Anyone who knows Pat knows that he is an honorable and decent man, a Christian gentleman who is far more forgiving of the many political figures and writers who have attacked him than I would be. He deserves better than being denounced as a white supremacist in a magazine that would not exist without him. In today’s climate, such a denunciation risks tarnishing or even ending a public career, or at least getting a mob baying after the accused. To use an analogy that the American left should appreciate, being called a white supremacist today is the equivalent of yelling “Communist!” in a Congressional hearing room in 1952.

There’s no need to take my word about Buchanan’s decency. When Buchanan was fired by MSNBC for an earlier transgression against political correctness, Andrew Sullivan, who had often sparred with Buchanan, wrote that Buchanan is “a compassionate and decent man in private and an honest intellectual in public.” Sullivan told his readers that he was “moved beyond words” when Buchanan sent him a hand-written note assuring him of his prayers after Sullivan had been diagnosed with AIDS. As Sullivan noted, at the time a diagnosis of AIDS was seen as a death sentence, and only one other Washington figure bothered to extend to Sullivan the type of sentiment Buchanan did. It is not hard to find tributes to Buchanan’s decency from political opponents, if one is inclined to look for them.

The second reason is this: I think America is harmed by efforts to silence interesting public voices. I also think this general principle is supported by a bit of history surrounding Buchanan, Dreher, and the magazine Buchanan helped to start. One of the reasons The American Conservative was founded was to warn American conservatives of the dangers posed by intervention in the Middle East. And Buchanan did indeed use the new magazine to sound cogent warnings about the great damage to America and Iraq that would flow from the invasion. But those warnings had a relatively small audience, thanks to an earlier effort to silence Buchanan in which Charen participated. Dreher, who was writing for National Review at the time, had a much larger audience for his mindless cheerleading for the Iraq War and his attacks on the war’s opponents, including the Vatican of St. John Paul II. This is what Dreher posted at the Corner at National Review Online on March 22, 2003: “Incidentally, a reader who knows something about the Church situation in Iraq says that non-Chaldean Catholic Christians there have long viewed the Chaldean Catholics as collaborators with Saddam. The reader predicts that there is going to be hell to pay for the Chaldean Catholics after the fall of the Saddam regime, as other Iraqi Christians hold them accountable for their relationship to the dictator. The Vatican’s strong objection to this war has been duly noted by non-Catholic Iraqi Christians, the reader says, and the post-war fallout from that is not going to be pretty.” Indeed, the fallout from the Iraq War was not pretty for Iraqi Catholics, Christians throughout the Mideast, America, or Americans.

Like many pundits, Dreher paid no price for being spectacularly wrong about Iraq, because he knows how to play the game, a game that encourages both calculation (including calculated attacks on those to one’s right) and adherence to the ever-expanding rules of political correctness. I think we’d be better off changing the rules of the game to encourage frankness and courage. Sadly, Dreher’s attack is just another reminder that those rules are unlikely to change anytime soon. Until they do, the last word belongs to one of the online commenters on Dreher’s attack: “A prophet is not without honor, except at his own magazine.”