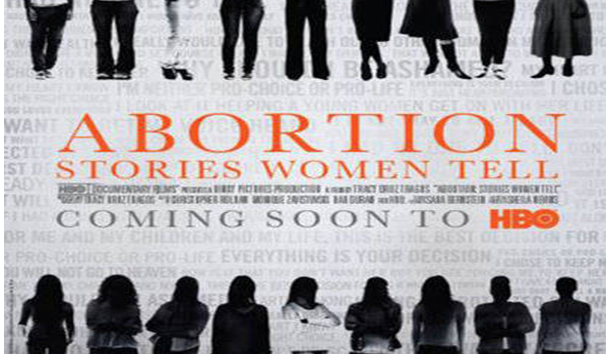 The promoters of infanticide have a new weapon in their arsenal.

“Storytelling” is the new “safe, legal, and rare” of the pro-abortion movement.  See as Exhibit A the new HBO documentary, Abortion: Stories Women Tell, released a few weeks ago in select theaters. The film focuses on women in Missouri, a state where only one abortion clinic remains open, and which requires a 72-hour waiting period. In an interview with NBC, filmmaker Tracy Doz Tragos spoke repeatedly of the “stigma” that her subjects felt. “It’s not just that they’re facing these legal restrictions to access,” she says, “but that they’re also facing cultural and societal shame and stigma for being pregnant in the first place, having an unplanned pregnancy.” She and HBO documentary producers “talked about the power of the cumulative effect of having more than a handful of voices. We concluded that, with a few stories, the film could be more easily dismissed. The more stories that we could include, the better.”

In a similar vein, an organization called “Sea Change,” aims “to create a culture of dignity and respect for all people’s sexual and reproductive lives.” The group claims to focus on “reproductive” stories, such as abortions, miscarriage, infertility, breastfeeding, etc.  (What, exactly, is “reproductive” about abortion, you might well ask?)  But good luck finding a story about a woman who couldn’t nurse her child anywhere on their website.  It turns out, women who have had abortions sometimes don’t tell their “stories,” because of “abortion stigma.”  Abortion stigma is carefully defined as it might appear in various settings. In “communities,” it occurs when “faith leaders make sermons about the immorality of abortion as people who’ve had abortions sit in their pews.” Gasp! The horrors! Imagine a “faith leader” “making a sermon” against lying, or cheating, or adultery, when people who have actually committed these totally morally neutral acts are sitting in the pews listening and feeling uncomfortable! But as we women share our stories of abortion, “we can form a group identity, set our own agenda, name our own struggles, and develop strategies for resistance and resilience to stigma in the culture.”

There is also the “1 in 3 Campaign,” so named for the supposed statistic that one in three women has had an abortion in her lifetime. The goal of the 1 in 3 Campaign is “to start a new conversation about abortion—telling our stories, on our own terms.” Only then, when all those women who have had abortions feel free to shout the news of their personal and private medical procedures involving their bodies from the rooftops, can we end “the stigma and shame women are made to feel about abortion.” Or there is the raunchy Lady Parts Justice, a group of comediennes who use their craft to expose “creeps hellbent on destroying access to birth control and abortion.” They hold comic events throughout the nation, host a podcast called “Repro Madness,” and have developed an app, “Hinder,” so you can “keep track of all the unhinged anti-abortion zealots right in the palm of your hand.” Their fall fundraiser, “The Golden Probes,” is the “first ever awards show that recognizes outstanding achievements in the fields of sexism and anti-abortion extremism.” There is even a helpful website with tips on hosting your own “Golden Probes” party from the comfort of your very own living room. “Pop a bottle of bubbly” and join them! Grill in the backyard! Make tacos!

Why all the stories about self? As multiple news sources have pointed out in recent months, Hillary Clinton and the Democratic Party have dropped the “rare” from the once-touted phrase, “safe, legal, and rare.” Abortion should be safe, and legal, but available to anyone, at any point in the pregnancy, with the bill footed entirely by taxpayers, and without any stigma whatsoever attached to it. As the decision in Whole Woman’s Health v. Hellerstedt makes clear, things like, you know, requiring a doctor to be able to get you into a hospital if something goes wrong also aren’t necessary. Abortion should be safe, yes, but goodness, let’s stay within reason. It’s not like this is a medical procedure or anything.

The movement has deliberately dropped the “rare” because if you want something to be rare, you’re also admitting that it’s not a good thing. Feminists can’t have that. When they admit that abortion isn’t an unqualified good, they leave the door wide open for the pro-life movement’s inconvenient questions. When does life actually start? Can the baby feel pain when he/she is being torn apart piece by piece? Is there a link between abortion and breast cancer? Do women who have abortions have a higher incidence of depression and adverse mental health afterwards? Does abortion really pose risks to long-term fertility?

The pro-abortion movement can’t debate the facts; they’ve already lost on that score, and they know it. That’s why most Americans don’t feel that abortion should be completely unrestricted, or why the abortion rate has fallen to its lowest point since Roe v. Wade, and why there are fewer abortion clinics in the U.S. now than ever before. That’s why the liberal establishment had an absolute screaming tantrum over the David Daleiden videos exposing Planned Parenthood’s sale of infant body parts last year—they don’t want the American public to think about what is really happening when an abortionist severs a baby’s head or scrapes a child out of a woman’s body.

So instead of debating the issue, the pro-abortion movement is trying to redirect the conversation. “Storytelling” is the attempt to dodge the inconvenient truths altogether. There is nothing wrong with abortion, and clearly, if all these women who have had abortions feel free to tell their “stories” about why those abortions were so critical, then it doesn’t matter if we as a nation are poking, prodding, tearing, and burning babies to death in utero. What matters is that every woman should be able to rid herself of a child at any point, without judgment, and without hesitation.

In some ways, this is all a bit shocking. Our nation has gone from legalizing abortion but saying it should be “rare” to celebrating it in a few short decades. In more ways, however, the radical language of abortion rights is nothing new. Evil is madness. When man seeks his own wisdom, he embraces foolishness. In the second chapter of Orthodoxy, “The Maniac,” Chesterton writes:

If it be true (as it certainly is) that a man can feel exquisite happiness in skinning a cat, then the religious philosopher can only draw one of two deductions. He must either deny the existence of God, as all atheists do; or he must deny the present union between God and man, as all Christians do. The new theologians seem to think it a highly rationalistic solution to deny the cat.

Welcome to the Brave New World, in which we can no longer even admit that killing a baby should be “rare.”