The Donald’s Not For Turning 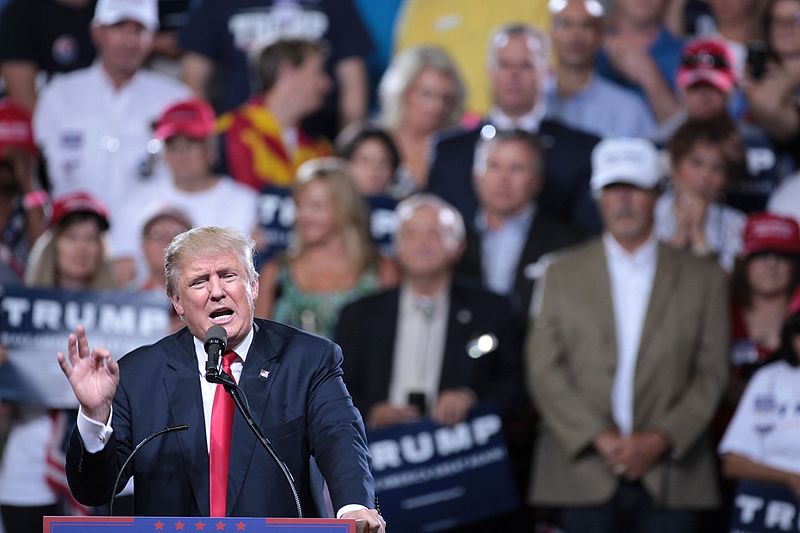 A week or so ago, the Never Trump crowd at National Review was chortling that Trump was softening on immigration. The chortling wasn’t prompted by any genuine concern over immigration. After all, NR was a stalwart defender of George W. Bush and had no trouble supporting John McCain as the Republican nominee. Instead, the grandees at NR are still smarting that the peasants ignored their advice and voted for Trump in the GOP primaries.

There was never much substance to the stories of Trump’s wobbling on immigration, which were based on conflicting Trump statements about how many illegal immigrants would be forcibly deported if he became president. The only people who think this is a major issue are proponents of open borders who want to scare Americans away from closing our borders and enforcing our immigration laws. After all, existing laws already prohibit illegal immigrants from working here and from receiving many government benefits. If illegal immigrants can’t work here and can’t collect welfare here, they will quietly go home, without the need for any mass deportations.

And Trump said as much last night, in a major speech on immigration. Just as Margaret Thatcher famously said “the lady’s not for turning,” Trump could have said, “the Donald’s not for turning.” With respect to illegal immigrants, Trump said that their “one path” to legal status would be to go home and apply for legal immigrant status, just like any other foreigner hoping to come to America. And Trump also pledged to both reduce and restructure legal immigration, so that its principal aim became promoting the interests of America and Americans. As even National Review‘s Rich Lowry was forced to concede, “From an immigration hawk point of view, it is almost certainly the soundest speech ever given by a major party presidential candidate.”

Which means that the media will work assiduously to downplay, distort, and disparage the speech. The reason for this is simple: if a clear contrast on the substance of immigration policy between Trump and Clinton emerges in the minds of voters, that contrast will almost certainly work to Trump’s benefit.