The Enemies of Economic Independence

The founders sought more than political independence from Europe. They also sought to secure America’s economic independence. To that end, the second bill enacted by the first Congress was the Tariff Act of 1789, the stated purpose of which was “the 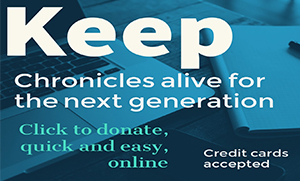 encouragement and protection of manufactures.” The end result of America’s reliance on the tariff was both prosperity and economic independence, as American manufacturing became the envy of the world and Americans ended up relying on fellow Americans for most of the goods they purchased. This happy situation was brought to an end by our elites’ fatuous embrace of free trade, but many ordinary Americans remain unconvinced of the wisdom of globalization.

On June 28, Donald Trump gave a speech in Pennsylvania recalling America’s history as a protectionist nation and quoting George Washington. The self-proclaimed guardians of American conservatism shrieked in horror. Kevin Williamson, displaying all the grace and good humor that has characterized National Review since Trump won the delegates necessary to secure the Republican nomination, sputtered that “it is impossible for a mentally and emotionally normal adult to support Donald Trump’s bid for the presidency without calling into question his judgment or his honor.” National Review never wrote that way about supporters of Gore or Kerry or Obama, but, then again, Gore and Kerry and Obama all support free trade, as does National Review.

Not to be outdone, NR‘s editor Rich Lowry disparaged the very idea of economic independence—he called it “autarky”—and accused Trump of peddling “cut-rate AFL-CIO economics,” echoing Williamson’s charge that Trump is “to the left of Hillary

Rodham Clinton on most of the relevant issues of our time.” Actually, Trump’s skepticism of free trade is solidly rooted in an American conservative tradition going back to Washington and Hamilton. Are Lowry and Williamson really so ignorant as to believe that protectionists like Calvin Coolidge and Robert A. Taft were to the left of contemporary Democrats who favored free trade? Or that free trade, which the French liberal Frédéric Bastiat claimed would lead to the “peaceful, ecumenical and indissoluble union of the peoples of the world,” is conservative?

Lowry also echoes President Obama and blames decades of job loss in American manufacturing on “technology-driven” increases in productivity. It is true that automation has served to diminish manufacturing employment. But automation does not explain why many Americans used to make televisions and radios and machine tools and consumer electronics and computers and no longer do. Those jobs were lost because of American trade policy, not because machines replaced men on assembly lines.

Hillary Clinton embodies the “bipartisan consensus” on free trade that Lowry extols. After all, her husband signed NAFTA and extended most favored nation trade status to Red China. But consistently close polls in manufacturing states like Ohio and Pennsylvania suggest that Trump may have a winning hand in his opposition to free trade. He should not be dissuaded from playing it by the likes of Williamson and Lowry.