The Impossibility of a Lasting Arab-Israeli Peace 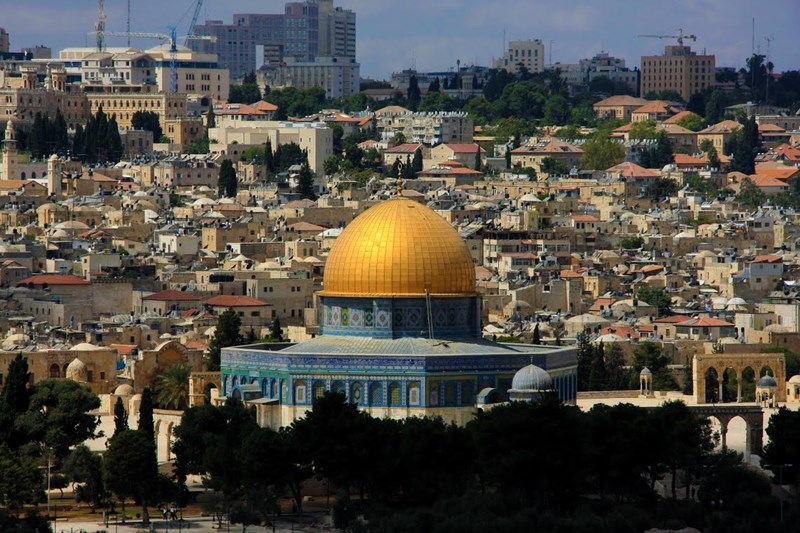 President Donald Trump’s decision to recognize Jerusalem as the capital of Israel and to move the U.S. Embassy from Tel Aviv to the Holy City has been criticized on many grounds, most of them ostensibly sensible, in America and abroad. In the Western media, over the past two days, we have encountered six chief objections:

1. The United States will cement its image, well justified over the past half-century, as anything but an impartial fair broker capable of negotiating a fair settlement of the Arab-Israeli dispute.

2. The Israeli government will be emboldened to renege on its already de facto defunct Oslo Accords promise of negotiating the future of Jerusalem as part of an eventual peace settlement.

3. Trump has made an upfront gift to the government of Israel, which should have been kept in reserve as a reward for its willingness to make concessions in some future negotiations.

4. At home, Trump is courting his constituency of pro-Israeli evangelicals—which he does not need to do, because they will not desert him anyway—while the Jewish-American vote he cannot hope to placate come what may.

5. Trump’s decision violates the international law—no recognition of any annexation resulting from war—and the letter (not to mention the spirit) of a host of UN resolutions on the issue.

6. Trump’s decision will inflame the Islamic world, alienate the moderates, harden the radicals, and likely aggravate the security of the United States and its foreign outposts and interests.

So far, so conventional. The Muslim reaction has been predictable. As for the moderates, Jordan’s foreign minister Ayman Safadi has warned his U.S. counterpart Rex Tillerson of “dangerous consequences”: “Such a decision would trigger anger across Arab, Muslim worlds, fuel tension and jeopardize peace efforts.” On December 5 Egyptian foreign minister Sameh Shoukry spoke to his French colleague Jean-Yves Le Drian, who agreed that the US administration should “reconsider its plan before making a final decision, due to its potentially dangerous impact on the region and the peace negotiations,” President Abdel Fattah al-Sisi spoke with Trump to affirm the Egyptian position “on preserving the legal status of Jerusalem within the framework of international references and relevant UN resolutions.” Morocco’s King Mohammed VI expressed his “deep concern and strong condemnation of the US decision.” The United Arab Emirates’ foreign ministry also warned of “grave consequences.” The government of Iraq announced that it regarded the U.S. move with “utmost worry” and warned of “this decision’s ramifications on the stability of the region and the world.”

On the more radical side, President Recep Tayyip Erdogan has said that this could go as far as cutting Turkey’s diplomatic relations with Israel. “You cannot take such a step,” he said, which he described as a “red line” for Muslims everywhere. While welcoming King Abdullah of Jordan in Ankara on December 6, Erdogan called on “the entire world to say Jerusalem is protected by UN resolutions” and that any move that would challenge its status should be resisted. Iran’s Supreme Leader Ayatollah Khamenei declared that the enemies are attacking “the Islamic Ummah and the path of the Prophet of Islam.” Iranian president Hassan Rouhani called on Muslims everywhere to start “a major uprising against the U.S. intrigue.” Even this is eminently mild rhetoric compared to the reaction of Islamist Internet sites all over the world.

For a foreign policy realist, however, Trump’s decision makes perfect sense. It clears the fog of Oslo, a “process” which has not progressed since Bill Clinton’s desperate push at Camp David in the final days of his presidency. It accepts the reality that Jerusalem—however delineated—is the capital of the Jewish state. On this issue, at least, there exists an overwhelming consensus within Israel, regardless of the principals’ party-political, “left” vs. “right,” pro- or anti-Netanyahu inclinations. It does not necessarily imply the recognition of East Jerusalem as an integral part of Israel, or deny a priori the possibility of its future status as the capital of the putative Palestinian state. The symbolic and political significance of Trump’s decision may be, paradoxically perhaps, to exact from the Likud government more in the way of concessions now that the favor has been proffered, than would have been the case had the carrot been withheld for future use as a reward for good behavior.

The structural problem in the Arab-Israeli conflict which remains overlooked by the media—the mother of all problems—is not Trump’s recognition of Jerusalem as Israel’s capital. It is whether the Palestinian Arabs can ever recognize Israel as a legitimate entity.

From the orthodox Muslim point of view, the struggle against Israel is more than a “war of national liberation”: it is an act of worship for which God rewards a struggler in the form of victory in this life and eternity the hereafter. In line with this teaching, Hamas’ military wing, the Brigades of Martyr ‘Izziddin Al-Qassam, call their attacks ‘amaliyyat Istish-hadiyah, or “martyrdom operations.” The religious contextualization of the Arab-Israeli dispute makes its resolution structurally impossible. The conflict is no longer stated in the secular, “rational” terms of power, territory, resources, and guarantees. Hamas, Hizballah, and other Islamic groups have brought a qualitative change to the Middle Eastern discourse: from their point of view no permanent peace is possible because it would be against Allah’s will to grant any piece of land once controlled by the faithful to non-Muslim infidels.

An exact mirror-image of this view, of metaphysical sophistry seeking to push its way into legitimate discourse, is the claim—embraced by many in the American evangelical movement—that the modern state of Israel is the embodiment of a biblical covenant, in other words a Waqf under another name. This claim has been utilized by secular Israelis, too, when it suits their political purposes, notably by the former Prime Minister, the late Golda Meir: “This country exists as the accomplishment of a promise made by God Himself. It would be absurd to call its legitimacy into account.” Ms. Meir was referring to the pledge that, according to the Old Testament, God made to Abraham that “unto thy seed have I given this land, from the river of Egypt unto the great river, the Euphrates.” Quite apart from the fact that this claim may justify Israel’s extension from the Nile to the heart of Iraq, it is a recipe for never-ending war as it limits Israel’s capacity to seek models of coexistence based on the presumed equality of all parties.

The same applies to religiously inspired radicalization on the Arab side. It goes hand in hand with the decline of support for the corrupt Palestinian Authority in favor of the Islamists. Even if Israel is eventually recognized by all of its Arab neighbors as part of a peace package imposed by the outside world, the lasting legacy of Islamic movements will be that a growing segment of the Palestinian opinion—especially among the young, who are the majority today and the leaders of tomorrow—will be unlikely to accept the legitimacy of the Jewish state’s existence, and will refuse to regard it as a permanent feature of the Middle Eastern political landscape.
?The ultimate radicalization of a conflict demands rejecting the legitimacy of one’s adversary’s right to exist. It makes the conflict structurally unmanageable and leads to “final solutions.” It is a sin of which all parties in the Middle Eastern conflict are guilty to some extent, but not to the same extent. Legitimate concern for Palestinian rights and the problem of discrimination of non-Jews in Israel and the Territories should not blind us to the fact that the issue of hate of “the Other” is inherent to political Islam. It antedates the creation of the Jewish state.

The American interest includes the continued existence of the State of Israel, on geopolitical rather than emotional, moral, Koranic or Biblical grounds. It should promote a settlement that would remove the constant threat to Israel’s existence from its Arab neighbors—and the demand for the renunciation of various Islamic injunctions that forbid permanent peace—is reasonable legitimate. Among reasonable people of goodwill the concept of “land for peace” is still fundamentally valid, but it needs to be re-thought in Washington far more fairly and even-handedly than before. Our embassy in Jerusalem, counterintuitively, may be a right step in that direction.