The Middle East: The Current Score 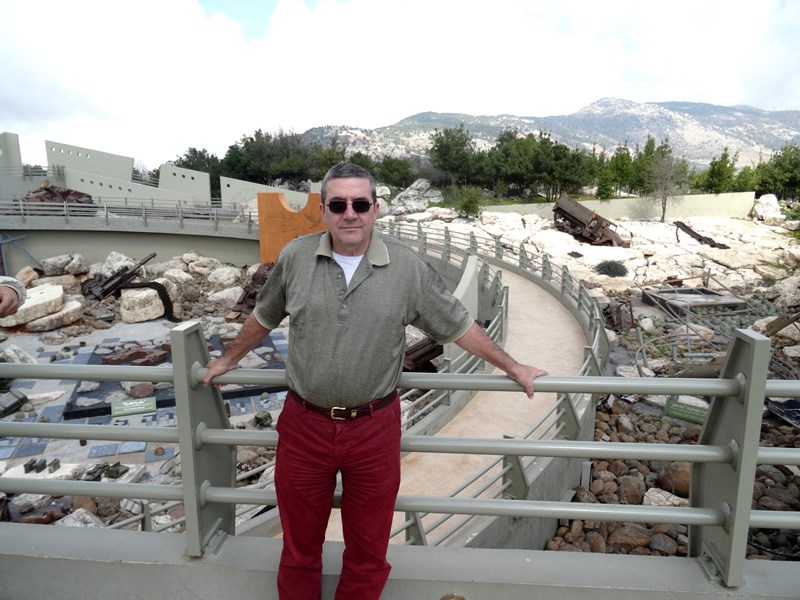 “Peace in the Middle East” is like the unicorn: we can envisage the beast, paint it in detail even, but we can’t groom a living specimen. The problem transcends geopolitics and ideology, it is also metaphysical. The people inhabiting the region are vying for limited resources, such as land and water. In addition, many also see themselves (and their rivals) as actors in a metahistorical drama preordained by an authority higher than themselves. After two weeks in the region’s still-diverse Levantine microcosm, I can report that my interlocutors of different faiths and political persuasions agree on at least one point: that there will be no lasting peace in our lifetime.

The most pressing immediate question for Lebanon is whether Israel is preparing for a new incursion into the majority-Shia south of the country, in order to neutralize the network of Hezbollah bases and training facilities. During my visit to the guerrilla group’s museum complex and its subterranean former command center at Mt. Mleeta, my guide—a fluent English speaker—insisted that the outcome of any such operation would be the same in 2018 as it was in 2006. “Israeli forces would have to withdraw yet again without accomplishing their objective,” he said. “We are now even better armed and trained than 12 years ago, and we also have thousands of hardened veterans from the battlefields in Syria.”

The air of self-confidence is more than bravado for foreign visitors. Two weeks before my visit, Bashar’s government forces downed an Israeli F-16 fighter which attacked a Hezbollah supply convoy in Syria. “They can no longer operate with impunity,” my guide said; “the old rules no longer apply.” He and others say that the group has a network of bases, outposts and rapid deployment units, both in southern Lebanon and all over Syria, which are capable of absorbing a major attack. They are also said to possess new precision-guided surface-to-surface missiles, based on the Iranian models, which can be used to strike targets deep inside Israel in retaliation for an attack. In addition to actively fighting Sunni jihadists in Syria, the group has also helped train local militias loyal to the Damascus government, and it retains advisors and operations experts embedded in those units. On balance, its decentralized structure would make an Israeli “decapitation strike” difficult to envisage; and another round of costly occupation would be hard for the beleaguered Israeli prime minister Benjamin Netanyahu to sell at home.

Netanyahu claims that Iran’s overall behavior in the Middle East—notably Tehran’s support for the Bashar regime and for the embattled Shi’ites in Yemen—is chronically destabilizing and must be stopped. Yet as most Lebanese are well aware, the United States has supported some of the most ghastly Sunni jihadist groups for years, most notably in Syria. America’s Saudi “allies” and Turkey had groomed the Islamic State from its early days, with Washington’s tacit approval. In fact the only people who would warmly welcome a new U.S. Middle Eastern adventure, except for Israel, are the Sunni jihadists. Virtually all Christians and Shiites I’ve spoken to think that war against Iran would be a catastrophic blunder—that the price would be prohibitive and long-term consequences incalculable—but with an air of resignation they warn that in the years to come America will not set herself free from the need to pander to Saudi whims. They see a consistent American bias in favor of the Sunni Muslim party in virtually every Middle Eastern conflict which pits them against Christians or Shiites.

Another, admittedly less critical point of friction which developed during my visit concerned the coastal end of the Lebanese-Israeli border, where Israel started building a new section of the wall on February 8. The area has been fairly peaceful since the Israeli anti-Hezbollah operations in 2006, but it is close to the provisional Blue Line which in several places crosses thirteen disputed border zones, known as “reservation points,” which still need to be demarcated. Some Lebanese politicians warn that the country’s army—widely seen as being in cohorts with the Hezbollah—should avoid being drawn into any local clashes with Israeli forces. The army denies any such collusion, although it is obvious that it at least tolerates the existence of the militia as an armed state-within-the-state.

Even before the new section of the wall was built, Israel and Lebanon were engaged in a dispute over their maritime frontier. It concerns offshore drilling rights in a potentially rich oil and gas field, which spreads from their coasts all the way to Cyprus. On this issue the Lebanese are adamant to seek international arbitration and refuse bilateral talks. The importance of this field is also reflected in Turkey’s decision, in the last week of February, to threaten force to prevent a drillship chartered by the Italian ENI group from entering an area claimed by the Greek-Cypriot government but disputed by Ankara.

In Syria, the debacle of the jihadist “opposition” continues unabated. Bashar al Assad has won, with the Hezobollah/Russian/Iranian help to be sure, but the U.S. government will not accept that outcome. A rare area of agreement among a majority of Lebanese is that the survival of Bashar is preferable to any likely alternative. The Shiites of course are unanimous on this issue, and their Hezbollah volunteers have made a substantial contribution to the outcome. Initially the leading Sunni bloc supported the Syrian rebels and called for international action to change the regime in Damascus, but many Sunnis have grown ambivalent, however, reflecting the dilemma of their brethren in Syria itself: most would prefer to see someone other than Bashar in power, but not the zealots intent on imposing Sharia. Most Christians support Bashar, partly because his victory offers the only chance for the survival of their coreligionists in Syria, but more importantly because he is seen as the only barrier between the fragile Christian redoubt in Lebanon and the forces of jihadist darkness further east.

The latest round of atrocity management over Ghouta gathered steam as I was leaving Beirut. It is distinctly deja-vu, and it relies entirely on two long-discredited fake news workshops. Both the “White Helmets” and the “Syrian Human Rights Observatory” were created, and are still financed, by the U.S. intelligence apparatus, its UK and other NATO subsidiaries, and George Soros. The latest “Something-Must-Be-Done-To-Stop-The-Slaughter” bandwagon is weaker than the concerted attempt prior to Aleppo’s fall to the Syrian government forces last year. The ensuing UNSC ceasefire resolution was passed only because the Russians inserted the key proviso that it will not apply to any jihadist groups, not just ISIS (in disarray) and al-Qaeda’s Syrian subsidiary al-Nusra, which has been duly renamed Ahrar al-Sham and PR-repackaged into a “mainstream” and “moderate” group, courtesy of our tax dollars.

The jihadist scene in Syria is confusing. Ahrar al-Sham joined forces with something called the Nureddin Zengi Brigade on February 18—and presto, the “Syrian Liberation Front” (SLF) came into being. This was preceded by the public falling out between the U.S.-supported Free Syrian Army groups and Hayat Tahrir al-Sham (HTS) in the north of Syria. At the same time HTS has been fighting both Ahrar al-Sham and Nureddin Zengi Brigade . . . for reasons not entirely clear even to those observers of the Syrian scene who know it better than I.

The Syrian Liberation Front claims it will serve as “a shield for the Syrian people and revolution” and “take part in building the institutions and future army of a free Syria.” It called on all of the Syrian rebel factions to “join the new front and turn it into an active institution unifying the Syrian revolution and rendering it victorious.” All of which is delusional. The SLF is a phantom entity, and the jihadist redoubt at Ghouta is finished. And yet—like hungry crocodiles in a shrinking pond—various Sunni jihadist “fronts,” “brigades” and “movements” will continue fighting over fragments of Syria in areas still beyond government control, in the north (Idlib) and northeast, and hoping for a few more morsels of the U.S./NATO/Western largesse. (For the mosaic of Syria’s opposition puzzle, go here.) Nevertheless, to many Sunni Arabs—the region’s simple majority—history often seems to be reduced to a melodrama in which a noble, tolerant, cultured Islamic world has been and still is unjustly attacked by an intolerant, greedy West, addled by Christian bigotry and racist stereotypes, aided and abetted by Shia heretics and Jews. All the problems in the Middle East today, in this paradigm, derive not from anything dysfunctional in Sunni Islam’s scriptural legacy or historical practice, but rather in the sins of the West, and (of course) its Outremer minion, Israel.

Two weeks in the Levant is enough to fill a hefty notebook with the assessments, scenarios and insiders’ tips of varying quality. They come from mutually antagonistic sources, and each informant must be presumed to have an axe to grind. Another common trait—in marked contrast to the Western media consumers—is that nobody takes the key players’ officially stated positions, let alone corporate news stories, at face value. And of course nobody believes that there will ever be a new dawn of mutual respect, tolerance, peace and prosperity.

Previous PostWhy Is the GOP Terrified of Tariffs?Next PostWe Are Going, Gentlemen