The Seedbed of Renewal 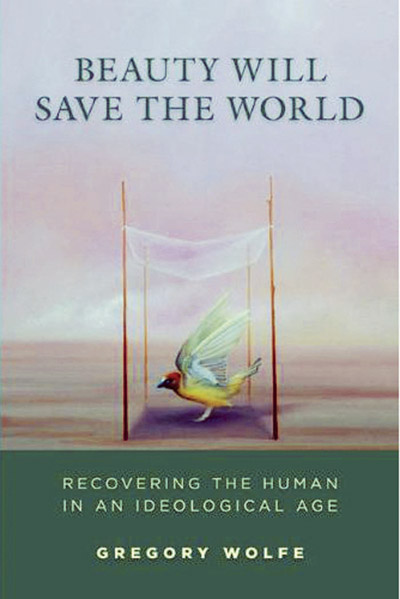 From the November 2011 issue of Chronicles.

Many people who consider themselves conservative are woefully ignorant of the culture they claim to defend.  The list of causes is long: Television has largely destroyed storytelling, public school denigrates the idea of a common culture, and the internet has killed off lingering remnants of community.  The music industry has replaced popular songwriting and songmaking with prepackaged “pop stars.”  In response, too many conservatives cling to talk radio and conservative “best of” lists, cursing the darkness.

Gregory Wolfe is not among them, a youthful sojourn among the right-wing chattering classes notwithstanding.  He has been the editor and driving force for two decades behind Image, a journal devoted to contemporary art and literature that draws upon the Western religious tradition.  This is a quixotic project, to say the least, in a political culture dominated by economic ideologues of left and right.  But, unlike many projects on the establishment right, it is devoted to creating the seedbed of cultural renewal rather than political victories.

In the arts the progressives have too often seized the high ground, claiming the purpose of art was épater la bourgeoisie, yet ignoring “the deeper wellsprings of human and divine order” that give rise to lasting art.  Instead, contemporary art succumbs to fad and ideological fancy, and so loses even the weakest connections to the source of its value.  In response, Wolfe turns to the tradition of Christian humanism and its defense of beauty in all its guises against the ugliness of modernity.  Wolfe invokes the language of prophecy and imagination, art and faith, which must interact.

Faith asks art to be about something more than formal virtuosity and to consider that meaning itself is already inherently metaphysical, even religious.  Art asks faith to become incarnate in the human condition without compromise—or evasion—and remain compelling.

This collection features essays on subjects ranging from Thomas More to Malcolm Muggeridge, Andrew Lytle to Gerhart Niemeyer, as well as more thematic pieces on the role of the artist in a fractured, postmodern world and the place of the Catholic novelist in a secular society.  Drawing on such writers as Walker Percy, Wolfe argues that the collapse of the secular imagination is a welcome event for the religious artist, dissolving the false modern dichotomy between faith and reason and allowing a third element, the imagination, once again to work between them.

Wolfe’s artistic tradition begins with the Gospels and moves through to the modernism of Eliot and Flannery O’Connor, which seeks to express traditional norms in new forms.  But his modernism does not stop with Eliot, or even D.H. Lawrence, whom he appreciates for the questions the novelist raises in his work, even as he disagrees with the answers.  Wolfe embraces contemporary writers like Larry Woiwode and Ron Hansen, as well as lesser-known ones such as Harold Fickett.  But, unlike many conservative critics who disdain most of the cultural products of our age, Wolfe is engaged with images as well as words.  As its name implies, Image has long nurtured and considered painting, film, and other visual arts.  Included here are essays on the painters Fred Folsom, Mary McCleary, and Makoto Fujimura, artists who combine skill with moments of transcendence.  Fujimura, for example, drew upon Eliot and Dante in his collection of paintings called Water Flames.

Wolfe believes traditionalism is dead, desiccated by leftist ideology and rightist philistinism.  What is needed, as Russell Kirk knew, is a revivified imagination for what he called the Age of Sentiments, when images on a screen will be more important than words on a page.  Indeed,  “beauty will save the world” echoes Kirk’s own statement that “imagination will save the world.”  Wolfe finds much to admire in the Michigan man of letters, whom he includes in a separate essay entitled “Politics and the Imagination,” along with essays on similar authors, such as Marion Montgomery, Lytle, and Wendell Berry, in whose work Wolfe has found inspiration.  Wolfe notes Kirk’s sacramental vision, in which it is “impossible to separate Kirk’s sense of transcendence from his love of particular people, places, and things.”  This vision, defined by Kirk as the moral imagination, reflects what Wolfe calls “one of the truest and most inclusive visions of our cultural inheritance.”  It is this vision that conservatives must recover, lest they become (or remain?) irrelevant as a cultural force.

Wolfe is not a political philosopher, and neither he nor we would likely wish some of the principles espoused by his favored artists established in law.  His argument is aesthetic, and catholic in its holistic appreciation of various expressions of the deepest truths of human existence.  But one should not (and Wolfe assuredly does not) mistake art for politics.  Beauty will save the world, not govern it.

[Beauty Will Save the World: Recovering the Human in an Ideological Age, by Gregory Wolfe (Wilmington: ISI Books) 278 pp., $29.95.]