The Treasury of Virtue

From the December 1991 issue of Chronicles.

“Contrary to widespread belief, evidence is accumulating that Western democracy is in continuous and serious decline,” writes Claes Ryn in the opening of this eloquent, concise, and hard-hitting manifesto that goes immediately to the heart of our times. “Many commentators proclaim democracy’s triumph over evil political forces in the world and hold up today’s Western society as a model for all humanity. They do so in the face of glaring symptoms of social decay,” he continues, and adds, a little later: “Although the difficulties of Western democracy are manifold and have no single source, the most important can be seen as directly or indirectly induced by a deficiency at the ethical center.”

Though written against a background of rich scholarship, The New Jacobins is not an academic book. Nor is it one of those volumes of semi-fashionable “conservative” journalism that appear from time to time and are hyped for their marginal empirical criticisms of the reigning establishment. Rather, Professor Ryn’s work resembles one of those great political pamphlets that have appeared occasionally at points of crisis in Western history to mobilize the decent and thinking into a recognition of peril. So apposite to our present situation is the book that I am tempted to turn this notice into a string of striking quotations, but let two or three suffice:

Nationalism, by contrast [to patriotism], is an eruption of overweening ambition, a throwing off of individual and national self-control. Nationalism is self-absorbed and conceited, oblivious of the weaknesses of the country it champions. It is provincialism without the leaven of cosmopolitan breadth, discretion, and critical detachment. It recognizes no authority higher than its own national passion. It imagines itself as having a monopoly on right or as having a mission superseding moral norms. . . .

Of those in the West today who are passionate advocates of capitalism and want it introduced all over the world, many are former Marxists. The shift from being a Marxist to becoming a missionary for capitalism may be far less drastic than commonly assumed. . . . The Jacobin spirit can align itself with that set of potentialities in capitalism that are most destructive of the ways of traditional society. . . . A certain kind of advocacy of capitalism turns out to have much in common with the Jacobin passion for an egalitarian, homogeneous society. . . .

It is indicative of the influence of the Jacobin spirit in the Western world that a fondness for abstract general schemes and Utopian visions should today have attraction even for people said to be “conservative” or “on the right.” This development says a great deal about the scope and depth of the Western flight from reality.

Constitutional democracy and Jacobin democracy are two different things. Constitutional democracy consists of a healthy social order with dispersed power. Like a healthy individual, constitutional democracy lives by prudence and moderation and with a set of ethical rules (a constitution in the case of a state) that govern the pursuit of prudent ends by ethical and restrained means. Jacobin democracy is egalitarian and plebiscitary, but also, of course, centralized and elitist, and aggressive both at home and abroad. It is the burden of Professor Ryn’s alarum that we are fast inclining into an advanced state of that latter condition—that loud hosannas to the beauty and success of democracy portend not its triumph but its end. And that our real problem is ethical, not political or utilitarian—the substitution of self-congratulatory abstract political goals for a decent and ordered life and state. He is, of course, right, and nowhere has the argument been better stated in short compass.

Ryn makes his case admirably, especially in those passages in which he shows the neoconservatism to be a symptom of the problem and not a cure; as well as in the chapter, worth a book, that shows us that today’s trumpeters of capitalism are talking about something that is as different from our forefathers’ love of private property and freedom of trade as their “democracy” is from the constitutional order of our Framers. It would be well if this work could be widely dispersed, and I wish I could be as optimistic as Professor Ryn that a reaffirmation of traditional principles will serve. But I am not, for several reasons.

It may be that the social fabric no longer exists in which good principles can find root. We need to be able to produce young men who want to ride hard, shoot straight, speak the truth, and revere their ancestors, and not to imitate Michael Jackson, lust after the fast buck, and crow over the skill of lobbing high explosives accurately onto alien women and children from a safe distance. We do, indeed, still turn out such young men, but given the existing regime, their virtues are quickly perverted to bad ends or degraded into cynicism.

It is healthy and wholesome to appeal to tradition and to try to enshrine it in our education. But, as Allen Tate pointed out long ago in his criticism of Irving Babbitt, we are already at so great a level of disconnection from tradition as a living reality as to render our achievement in that regard doubtful. Alas, why appeal to the need for a leavening of aristocracy and constitutionalism in the life of democracy? That question was settled at Appomattox, a century and a quarter ago, in favor of aggressive and self-congratulatory democracy. If Americans had any real connection with their constitutional traditions, then the Straussian sophistries (which Ryn skillfully skewers as the source of neoconservatism) would not be officially enshrined. They would be regarded merely as silly, eccentric, and inconsequential German abstractions with no relevance to American history or principles.

And, I fear, we suffer not only from bad doctrine, but from defects of character. The kind of spirit that compels me to buckle my seat belt and forbids me to smoke, that finds virtue in subsidizing my private decision to kill my unborn child while forbidding me to criticize any favored foreigner or minority group from fear of hurting tender feelings—that kind of spirit is not Jacobinism only. It is, rather, the natural reflection of what has come to be the predominant and normal strain of the American national character. And it is so far from what our fathers regarded as the rights and duties of constitutional liberty as to render their spirit unrecoverable. The absentee, abstract, and artificial moralism that Professor Ryn so eloquently exposes is not anything new. It was already evident a century and a half ago in what Robert Penn Warren called, in his book on the legacy of the Civil War, the Treasury of Virtue.

The great political pamphlets of the West that this work resembles (and I mean political pamphlet as a complimentary term) were addressed to the independent gentlemen of every community who were capable of thought and action. But who is to read and act upon this eloquence in a society of bureaucrats, proletarians, hedonists, and con artists calling themselves politicians? Yet I should not allow my pessimism to blight Professor Ryn’s accomplishment. He has identified for us, as well as it can possibly be done, our malady and the course of treatment we must follow to survive. The rest is up to us. 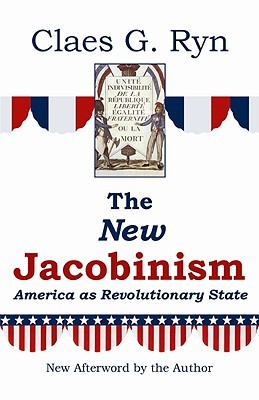