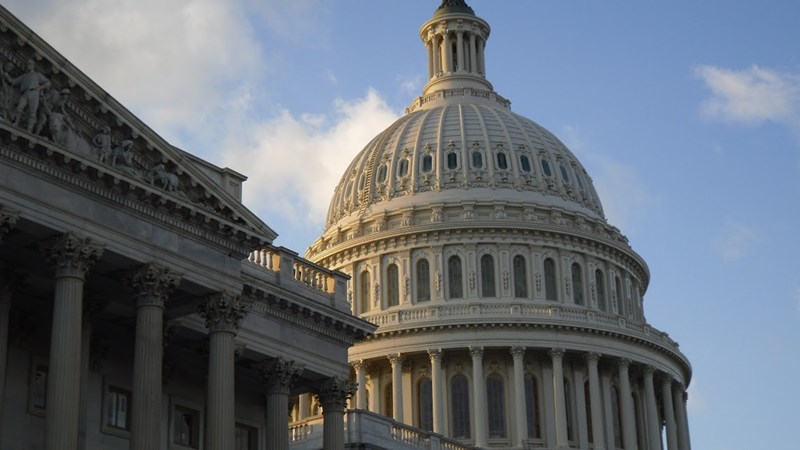 Donald Trump is president today because he was seen as a doer not a talker. Among the most common compliments paid him in 2016 was, “At least he gets things done!”

And it was exasperation with a dithering GOP Congress, which had failed to enact his or its own agenda, that caused Trump to pull the job of raising the debt ceiling away from Republican contractors Ryan & McConnell, and give it to Pelosi & Schumer.

Hard to fault Trump. Over seven months, Congress showed itself incapable of repealing Obamacare, though the GOP promised this as its first priority in three successive elections.

Returning to D.C. after five weeks vacation, with zero legislation enacted, Speaker Paul Ryan and Majority Leader Mitch McConnell were facing a deadline to raise the debt ceiling and fund the government.

Failure to do so would crash the markets, imperil the U.S. bond rating, and make America look like a deadbeat republic.

Families and businesses do this annually. Yet, every year, it seems, Congress goes up to the precipice of national default before authorizing the borrowing to pay the bills Congress itself has run up.

To be sure, Trump only kicked this year’s debt crisis to mid-December.

Before year’s end, he and Congress will also have to deal with an immigration crisis brought on by his cancellation of the Obama administration’s amnesty for the “Dreamers” now vulnerable to deportation.

He will have to get Congress to fund his Wall, enact tax reform and finance the repair and renewal of our infrastructure, or have his first year declared a failure.

We are likely looking at a Congressional pileup, pre-Christmas, from which Trump will have to call on Chuck Schumer and Nancy Pelosi, again, to extricate him and his party.

The question that now arises: Has the president concluded that working with the GOP majorities alone cannot get him where he needs to go to make his a successful presidency?

Will he give up on free-trade Republicans to work with Democrats to protect U.S. jobs and businesses from predator traders like China?

We could be looking at a seismic shift in national politics, with Trump looking to centrist and bipartisan coalitions to achieve as much of his agenda as he can. He could collaborate with Federalist Society Republicans on justices and with economic-nationalist Democrats on tariffs.

But the Congressional gridlock that exhausted the president’s patience may prove more serious than a passing phase. The Congress of the United States, whose powers were delineated in the late 18th century, may simply not be an institution suited to the 21st.

A century ago, Congress ceded to the Federal Reserve its right “to coin money (and) regulate the value thereof.” It has yielded to the third branch, the Supreme Court, the power to invent new rights, as in Roe v. Wade. Its power to “regulate commerce with foreign nations” has been assumed by an executive branch that negotiates the trade treaties, leaving Congress to say yea or nay.

Congress alone has the power to declare war. But recent wars have been launched by presidents over Congressional objection, some without consultation. We are close to a second major war in Korea, the first of which, begun in 1950, was never declared by the Congress, but declared by Harry Truman to be a “police action.”

In the age of the internet and cable TV, the White House is seen as a locus of decision and action, while Capitol Hill takes months to move. Watching Congress, the word torpor invariably comes to mind, which one Webster’s Dictionary defines as “a state of mental and motor inactivity with partial or total insensibility.”

Result: In a recent survey, 72 percent of Americans expressed high confidence in the military; 12 percent said the same of Congress.

The members of Congress the TV cameras reward with air time are most often mavericks like John McCain, Lindsay Graham and Jeff Flake, who will defy a president the media largely detest.

At the onset of the post-Cold War era, some contended that democracy was the inevitable future of mankind. But autocracy is holding its own. Russia, China, India, Turkey, Egypt come to mind.

If democracy, as Freedom House contends, is in global retreat, one reason may be that, in our new age, legislatures, split into hostile blocs checkmating one another, cannot act with the dispatch impatient peoples now demand of their rulers.

In the days of Henry Clay and Daniel Webster, Congress was a rival to even strong presidents. Those days are long gone.