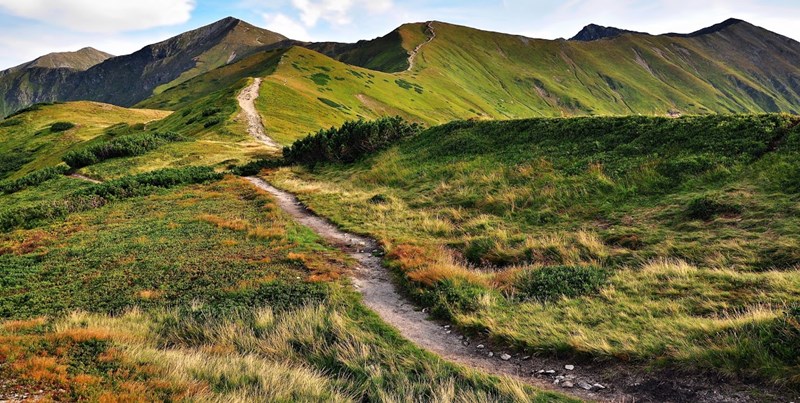 From the August 2014 issue of Chronicles.

The modern world abounds in modern heresies.  One might say that modernity itself is a heresy—modernity understood in the broadest possible terms as the antithesis of the traditional: the fundamental distinction, as Claude Polin recently argued in this magazine, overlying all subordinate political and cultural oppositions, beginning with liberalism and conservatism, right and left.

Modern man’s supreme confidence is chief among these heresies: first, in the ability of the human mind to rise to every challenge to its mental powers and its technical ingenuity, to resolve the most seemingly intractable problems, and to determine its own future; and second, in the basic solidarity of the human race, the willingness of its various racial and cultural subgroups to cooperate rationally in the pursuit of a single common end, or good—an end that each, taking the long view, would recognize as being advantageous to them all.  The modern heresy, in short, is the certainty that the human mind really is omnipotent, and that humanity at bottom is both rational and benevolent, a race of enlightened gods.

This certainty is being tested by the phenomenon of climate change, and it is certain to go on being tested for the foreseeable future, no matter whether global warming turns out to be myth or reality, a man-made or a natural event.

The response from the left and the right to the supposed crisis has been uniform insofar as both sides assume that the situation can be reversed by technological means.  The disagreement is between the people who argue that the global industrial economy should be disrupted to address the problem, and the international political system radically readjusted to focus upon an unprecedented threat to human civilization and the earth itself, and those who insist they should not be.  What we have yet to hear is any suggestion that, of all the possible challenges with which humanity could conceivably be confronted, global warming caused by human behavior is precisely the sort with which human nature is least suited to cope, let alone overcome.

Climate change, real or imagined, is more than a challenge for the future; it is an invitation to look to the past, to reflect on history and the question of historical freedom versus historical determinism.  This invitation, ignored in the angry clash between scientific theories and national party politics, has been recognized only at the moralistic rhetorical level where angry spokesmen for Third World countries demand that the First World should be held liable for damage inflicted on the natural environment of their societies, which are consequently owed payment of tens or scores of billions of dollars in indemnities by the West.

The obvious retort to this claim—a retort feckless and intimidated Western politicians haven’t made, and almost certainly never will make—is that the so-called developing countries, arriving late to the Industrial Revolution, couldn’t grab their party cards fast enough, while demanding, as soon as they were in a position to do so, that Western governments and corporations should aid them in making up for lost time as swiftly as possible.  So long as a single husbandman in Saudi Arabia drives a Nissan pickup truck behind his flocks, so long as one diamond mine operates in South Africa, so long as a sole Vietnamese fisherman puts to sea every morning in a gasoline- or diesel-powered boat—until, that is, the “developing world” renounces industrial power completely and forever—the hypocritical pleas and cynical resort to the victimology these cultures learned from the West deserve to be discounted and ignored.  Nevertheless, claims of this kind do serve to introduce unfathomably great and unimaginably complicated questions having to do with historical responsibility and the extent to which peoples are capable of foreseeing the results of their collective actions, of determining their destinies, and of shaping what one might call their historical futures, however oxymoronic the phrase may sound.

It is natural for humans to think in the relatively short term, and as natural to people living in the global technocracy of the 21st century as it was for hunter-gatherers, and after them primitive farmers, in prehistoric times.  There are two obvious reasons for this.  One can only guess at, never foresee with any confidence or clarity, the future.  Also, one may simply not be around tomorrow, and one’s family and community as well.  “Seize the day” is a maxim that is indispensable for every living organism.  If one does not survive in the short run, there is no need to worry about surviving in the long one.  If you are starving today, and stumble upon an unexpected cache of food and water, it may be wise to ration both, but not necessarily to concern yourself overly about what might happen after that cache is exhausted in a week, or two weeks.  (Survivalists will tell you that, when running short of water in the desert, you should swallow what remains all at once, rather than consume it in sips over hours or days.)  Things change, as they say, allowing us, as often as not, to wait to cross the next bridge when we come to it.  If food is scarce owing to drought, still the weather is governed by a law similar to the basic one that holds even for sophisticated modern economies: What goes up must, eventually, come down.  (Here, the difference between the primitive man and the modern one is that the latter is certain he will discover in time sufficient technique to rule the weather and compel it to serve his interest.)  The same holds for people living in industrial societies, and those in subsistence ones.  The present means of industrial production cannot be modified or substituted for better ones in a few years, in decades, probably not even in a century or so.  Nor is it certain that modifications and substitutions will fix the problem, nor even that a “problem” exists at all.  Meanwhile, there are houses to be warmed, mouths to be fed, hospitals to be maintained, and so on, all by the operations of industry.  What is to be done?  Surely, when contemplating this business of global warming, the degree of fatalism that is a basic component of the human personality should recall us to the common sense from which it naturally springs.

Thinking for the short term is really all that societies, unlike individuals, can be expected to do.  But short-term thinking means narrow thinking, another valuable human attribute permitting us to concentrate in the focused way that addressing one’s mind effectively to the short term requires.  And the effect of narrow thinking is to encourage societies, including nation-states, to concentrate on problems and solutions almost exclusively as they bear upon themselves.  The liberal assumption of innate human solidarity is being tested already by the threat of global warming, and so far it is failing these tests, at one international conference after another.  Human solidarity, so far as it exists, almost certainly does not extend so far as to allow the Chinese, for example, to sacrifice their dream of elevating their country to the status of world-preeminent power simply on behalf of the greater global health, even if doing so would bring environmental benefits for themselves.  Similarly, the United States is unlikely to allow the Chinese the upper hand industrially and militarily, preferring rather to sacrifice Al Gore on a stone altar dedicated to Gaia in order to maintain her supremacy.  Any international pact regulating industrial emissions and other forms of pollution would assure a contagion of international duplicity, as each country attempted to outmaneuver the others with the aim of maximizing its own industrial advantage, and minimizing the advantages of all the rest.  Meanwhile, the flooding of Manhattan by a tidal wave remains a long way off in the future.  And when (or if) such a catastrophe does occur, Shanghai will be flooded, too.  The human species is a far more adaptable species than it is a foresighted or a cooperative one.

Humanity does not “make,” in the sense of determine, history; it would be truer to say that history makes, or forms—while manipulating—us.  Politics is not the business of formulating grand designs and then carrying them out; it is rather (as Montaigne understood) a matter of muddling through—of tentative gropings and leaps in the dark, succeeded by wild and often panicked improvisations, often undone by following actors.  No one planned, or planned for, the Industrial Revolution, and almost nobody living through it recognized there was such as thing, until it had become irreversible.  True, the discoveries and applications of science were made by men consciously devoted to the project of dominating and controlling nature, a project that led inevitably to the domination and control of man by man, but that is another aspect of the story.  Nor did most people foresee the effects of industrialism and its consequences, though a few did, and said so in books, some of which are today regarded as prophetic works.  Assigning blame in history is as impossible as assigning responsibility is, for the very good reason that you must establish the second before you can the first.  (No one alive today wishes to return to a Malthusian existence, though that may indeed be the existence for which we were designed.)  Nor is industrialism something that can be repealed.  Industrialism, for all the good (or goods) it has created, is probably incompatible with the welfare of nature, of human nature, and of human civilization.  But we stumbled into it two centuries ago, and we will have either to stumble out of it or to stumble along with it, more likely a combination of both.

George Gilder, a technophile who seems to suppose that homo sapiens, individually and collectively, never met a problem he couldn’t solve, argues that government, which must act on old and therefore static information, can only get in the way of private technologic innovation in its attempt to address the unpleasant “externalities” (as economists say), or dangerous unforeseen results, of technological industrial activity.  That is so.  But it is also true that these externalities need to be dealt with by some agency, and that agency cannot be innovation itself, whose expertise lies elsewhere and which, besides, is always focused on further innovations.  If the innovators did not innovate so fast, and so promiscuously, it might indeed be true, as Gilder and his friends believe, that technology could invent solutions to the problems it has caused, before new technologies produce still newer innovations, and a host of newer problems.  But the pace of innovation has grown overwhelming.  Somehow, in the techno-industrial world, institutions—pure science, applied technology, finance, government—are generally out of step with one another.  And so history remains more the medium of our existence than a means of directing and controlling it.