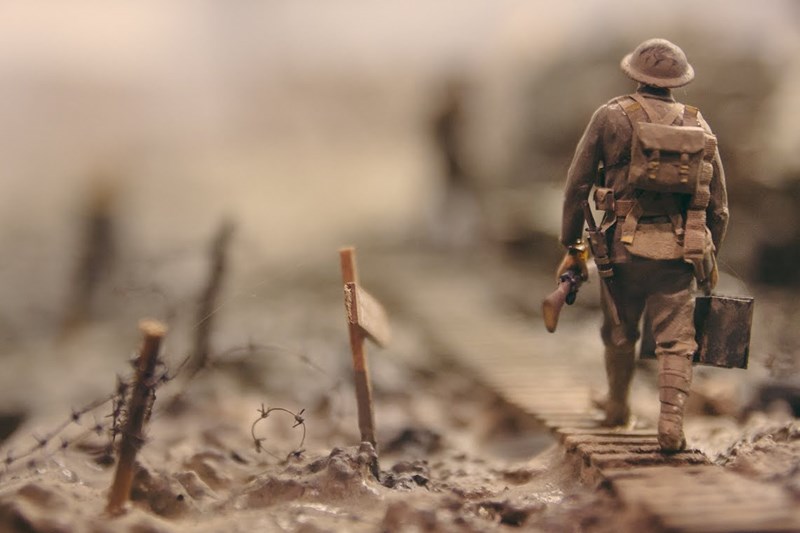 In his latest interview for Serbia’s National Public Service Radio, Srdja Trifkovic discusses the geopolitical significance of the Balkan Peninsula, through the centuries, in the context of today’s complex strategic equation in Southeastern Europe.

Q: The Balkan Peninsula is an area where empires, cultures and religions have clashed for centuries. For starters, can we define the geostrategic significance of the Balkans, or at least to outline some of its permanent features?

ST: Those permanent features are primarily geographic. The peninsula is the land bridge between Central Europe and the Middle East. At the same time, it is the point of encounter and conflict between various cultures, civilizations and religions. This had been a constant feature of the region even before the division of the Roman Empire [into its eastern and western domains] in the fourth century AD, which was an event of meta-historical importance.

A key feature of the Balkans is that for the greatest part of their history the peoples inhabiting the peninsula have not been the masters of their destinies. The matrix of geopolitical vectors: the Byzantines’ attempt to protect the border on the Danube from the incursions of Goths, Bulgars, Avars, Slavs, and others in the early medieval era, which ended in the late medieval times the fall of Constantinople, Bulgaria and Serbia to the Ottomans. This was followed by the creation of the Hungarian line of defense against the Turks. After the fall of Hungary [in 1526], it was immediately followed by the Habsburgs’ establishment of the Military Frontier in the western heartland of the peninsula in the 16th century.

This has always been an area of chronic conflict and instability. In the modern times it was manifested—as we can say now, 99 years later—in the failed Yugoslav experiment. Yugoslavia was the heartland of what is today known as the “Western Balkans,” in reality the core of the region as a whole. Had unification come about half a century earlier, when Cavour unified Italy in 1859, or when Bismarck unified Germany in 1871, the prognosis could have been more favorable and the outcome less catastrophic. Unfortunately, in the final stages of the Great War, unification based on the linguistic and allegedly racial-ethnic kinship was obsolete. Divergent national identities had been well established. The potential for new conflicts, new destruction and bloodshed, remains undiminished. It is far greater than the potential for cooperation and a happy joint path to some “European” future . . . [ST segment continues at 8 minutes 30 seconds]

A defining moment came with the Crimean War 1853-1856, when Great Britain and France joined the Ottomans against Russia. This was a major development: Russia had been Britain’s ally against Napoleon and had the potential to become Europe’s hegemon after the Congress of Vienna. She had lagged behind [the West European powers]. This war was chiefly a British project. The entire second half of the 19th century was marked by the so-called great game between Britain and Russia, primarily in Central Asia, where the primary British concern was to prevent Russia’s access to the Indian Ocean, potentially through Persia or Baluchistan. Russia’s access to the Mediterranean through the Bosphorus was London’s secondary obsession. Its primary concern was to deny Russia access to a warm ocean. Even if the Russians had succeeded in their long-term design to demolish the four minarets and return the cross to the dome of the Hagia Sophia, they would still be imprisoned in a continental sea controlled by the British at its western entry, Gibraltar, and at its southeastern passage, at Suez.

This “great game” was partially resolved in the aftermath of the Russo-Turkish war in 1878. Tzar Alexander II, following Serbia’s underwhelming performance in its own war against the Turks, decided to create a Greater Bulgaria. The peace of San Stefano [between Russia and Turkey, March 1878] envisaged the creation of a huge Bulgarian state, from the walls of Constantinople, across the shores of Thrace which are now part of Greece, to the entire Macedonia, and even the newly liberated parts of Serbia in Leskovac, Vranje and Pirot. This was overturned at the Congress of Berlin [13 June-13 July 1878]. From that moment on, Serbia’s Prince Milan, later King, adopts an austrophile position, having been disappointed in Russia. With the May coup in 1903, however [when the last king of the Obrenovic dynasty was deposed and killed], Serbia was not explicitly “pro-Russian,” but her policy started leaning to St. Petersburg. Even though Serbia was left high and dry [by Russia] during the Annexation Crisis in 1908, she was eager to join the Balkan coalition put together under the Russian patronage in 1912 which resulted in the successful war against the Turks in the First Balkan War.

The alliance fell apart in the second Balkan war, catastrophic for Bulgaria, and a year later came the July crisis of 1914. Here I need to stress that the key actor in that crisis was Germany, not Austria-Hungary. The Dual Monarchy would not have been able to present Serbia with an unacceptable ultimatum, had she not received a cheque blanche from the Wilhelmine Germany. The Germans wanted to use the Austro-Serbian clash as the cause for a preventive war against Russia. They were greatly concerned that Russia, after the war with Japan and the 1905 revolution, embarked on the path of intense modernization under Chancellor Pyotr Stolypin. Her subsequent growth rates were comparable to those of China after Deng Xiaopig. The Balkan dispute between Austria and Serbia was very niftily converted by the Berlin decision-makers into an all-European war, in which Germany would first destroy France in six weeks—in accordance with the Schlieffen Plan—and then turn to the slower-mobilizing Russia. All along, the Balkans were an object of the games played by the outsiders,

Let me recall some pertinent statements by the greatest statesman of the 19th century, Otto von Bismarck, political genius par excellence. At the time of the Congress of Berlin he warned that Germany should not tie her lively frigate to the old Habsburg barge He also said that the whole of the Balkans was not worth the bones of a healthy Pommern Grenadier. Some years after the Kaiser removed him from chancellorship in 1890, he said that he did not know when the new war would come about, but he knew where: “some damn stupidity in the Balkans.” . . . [ST segment continues at 31 minutes 45 seconds]

Q: Russia’s influence in the Balkans appears to be more strongly felt that before, including the projection of her soft power manifested in the presence of Russian-sponsored media and NGOs. How significant is this?

ST: After three trips to Moscow, St. Petersburg and the Crimea this year, and twelve visits to Russia over the past three years, I can say with some certainty that Moscow does not have a coherent strategy in the Balkan region. There are many divergent policies at play. There’s the Ministry of Foreign Affairs, which is staffed by many people appointed during the tenure of Andrei Kozyrev in the 1990’s, who now occupy senior positions. They are reluctant to make any proactive moves which would further aggravate—as they see it—Russia’s relations with her “Western partners.” On the other side, you have a circle close to the defense minister Sergey Shoygu and Dmitry Rogozin, who advocate a more active role. You also have the oligarchs, who don’t give a hoot for the Serbs as Russia’s “Slavic, Orthodox brothers” but only care where’s the loot. In any event, they feel more at home in Greenwich Village, or London’s Chelsea, than in Moscow or St. Petersburg.

And of course we have Vladimir Vladimirovich Putin, who is not a superior chess master who plans his five or six moves ahead. He has allowed the “Orange Revolution” to hit him in Ukraine under Yushchenko in 2004, and—a decade later—the sequel, with far more significant geostrategic consequences, at the Maidan. The return of the Crimea, and the possibility of some form of autonomy for the Donbass, is scant comfort for the loss of the strategic depth which Ukraine had provided to Russia’s vulnerable southwestern flank . . .

The potential for further bloody conflicts in the Balkans still remains. I greatly fear that nothing has qualitatively changed in the region, that all of the salient features of the conflict in the 1990’s are still present.

Previous PostThe Nutball the Neocons Wanted in NATONext PostWhat Should We Fight For?