Who ‘Fought to Preserve Slavery’? 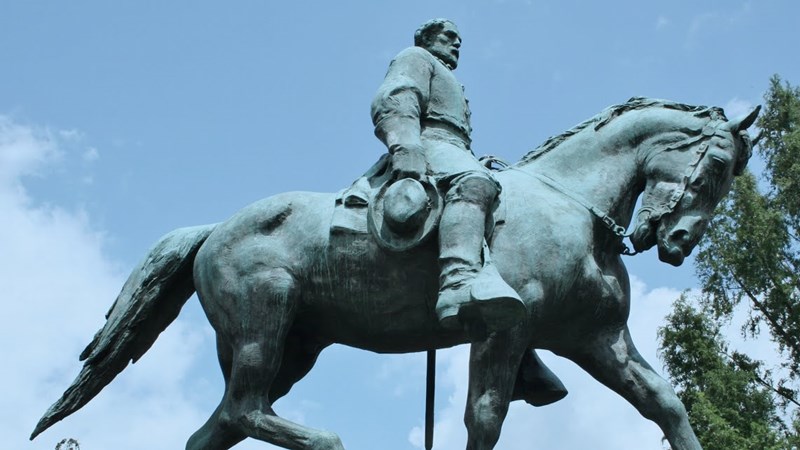 The campaign against memorials to long-dead Confederates seems to have taken a bit of a sabbatical. Perhaps the media have only paused the hype in favor the celebrity groping mania, or maybe pulling down or defacing outdoor art is not a cold-weather activity. In any case, the relative calm was a blessing worth counting.

Nonetheless, in the supposition that Dixiephobic iconoclasm will return in full force in the not too distant future, it’s perhaps appropriate to address a canard favored by moderate historical revisionists. This is the claim that Lee, Jackson, Stuart, and other Confederate notables are duly consigned to eternal opprobrium because they “fought to preserve slavery” while Washington, Jefferson, Madison, Monroe, and other Founding Fathers, although slave owners themselves, did not.

Neither point of that distinction is as clear as its proponents would have us believe.

With respect to the Confederates, the centrality of African slavery to the South’s determination to secede is unavoidable. While apologists sometimes raise such issues as the Morrill Tariff, the state declarations of secession are quite unambiguous that the Northern states’ hostility to slavery, and in particular their refusal to comply with their constitutional obligation to return escapees, was the primary, if not the sole, cause for (in the words of Mississippi) “dissolving its connection with the government of which we so long formed a part.”

At the time of its adoption, the scope of what came to be known as the Fugitive Slave Clause was applicable across the Republic, with the arguable except of Massachusetts, where slavery had been declared illegal by that state’s Supreme Court under the 1780 state constitution. Elsewhere, despite the adoption of gradual emancipation laws, slaves were held in Northern states for years, even decades, after the Constitution’s entry into force. Also note that the Clause applied originally not only to slaves (persons “held to labour”) but to apprentices and indentured servants (persons “held to service”).

Still, by 1861 the Clause was relevant only to black slaves escaping from Southern states. The latter argued that since the Northern states were not honoring the “compact,” they likewise were no longer bound by it. As argued by South Carolina: “We maintain that in every compact between two or more parties, the obligation is mutual; that the failure of one of the contracting parties to perform a material part of the agreement, entirely releases the obligation of the other; and that where no arbiter is provided, each party is remitted to his own judgment to determine the fact of failure, with all its consequences.” In the layman’s terms: we had a deal but you welched on it, so the deal’s off.

But while slavery was certainly the cause of secession, it wasn’t the cause of the war. Nobody would have fought to preserve or abolish anything if the North had been willing to let the South go in peace. An independent South had no desire to overturn the federal government of a rump Union, nor to invade Northern states and impose dominion over them. When the Southerners fought, they fought because the North was willing to resort to arms for the sole purpose of keeping them in the Union. Thus, if the North was not fighting to abolish slavery, how could Southerners be fighting to preserve slavery?

The fact that secession itself, not slavery, was the cause for which the Union was willing to resort to war—in time racking up a death toll (as revised upwards in 2012) of 750,000 souls, the proportional equivalent of over 7.5 million Americans today—is evidenced by the amendment proposed by Ohio Republican Congressman Thomas Corwin, and approved by both the House of Representatives and the Senate just days before Abraham Lincoln’s inauguration, to guarantee slavery forever in the places where it existed:

“No amendment shall be made to the Constitution which will authorize or give to Congress the power to abolish or interfere, within any State, with the domestic institutions thereof, including that of persons held to labor or service by the laws of said State.”

The Corwin Amendment proves that for the North slavery wasn’t the bone of contention and that indeed the United States would be willing to accept it in perpetuity (or at least would promise to do so) if the southern states would remain in the Union. Outgoing President James Buchanan signed the Amendment, though that was legally superfluous. Lincoln pronounced the substance of the Amendment already to be “implied constitutional law” but added that he had “no objection to its being made express and irrevocable.” He even sent copies to southern governors as an inducement not to secede. The latter were unimpressed. If the Yankees would not honor words already in the Constitution, what good were new ones?

To be sure, few Southerners could have entertained much of an expectation that the North would allow their peaceful separation. Some “fire-eaters” no doubt welcomed the prospect of war, sure of their victory and of the despised Yankees’ humiliation. Achieving a moral advantage sought by many initiators of war both before and since, Lincoln was successful in getting the Confederates to fire the first shot, abetted by hotheads like Edmund Ruffin. Sam Houston warned that Southerners’ “fiery, impulsive” nature would prove their undoing. He was right.

Of course, by 1863 the Civil War did become a fight against slavery. Lincoln’s Emancipation Proclamation foreclosed the possibility of the Confederacy’s recognition by Great Britain, which Southerners had hoped might be as critical as French intervention had been during the Revolution. Lincoln was clear that the Proclamation was a wartime expedient; his own opinions on racial matters are today as inadmissible as any secessionist’s. Once the Lee and Jackson memorials are down, we can look forward to those of Honest Abe following suit, a phenomenon perhaps already underway.

But at least Washington and Jefferson are safe. Nobody can accuse them of “fighting to preserve slavery,” right?

Lincoln wasn’t the first to see emancipation of an enemy’s slaves as a tool of military policy. During the American Revolutionary War, the British issued two “emancipation proclamations” of their own. (The British did not abolish slavery in their own empire until 1833. Unlike us, they somehow managed to do it without killing each other in the hundreds of thousands.)

In November 1775, John Murray, 4th Earl of Dunmore, royal governor of Virginia, issued a proclamation of  martial law, which included a promise of freedom to “all indentured Servants, Negroes, or others, (appertaining to Rebels,)” if they would defect to His Majesty’s forces to bear arms. (At the time, British and Americans alike daintily avoided the distasteful term “slave,” preferring “Negro,” “servant,” or “person.” The 1861 secession proclamations were not so fastidious.) While only a few hundred black slaves (there is no estimate of response from white indentured servants) reached safety with the British to be enrolled in “Lord Dunmore’s Ethiopian Regiment,” up to 100,000 may have fled servitude—from Patriot and Loyalist owners alike.

A second proclamation from General Sir Henry Clinton, the Commander-in-Chief of British forces fighting the Americans, was not contingent on fugitives’ enlisting in the royal service. Issued in June 1779, when the war was going poorly for England, it may have been something of a desperation measure that nonetheless had some impact:

“First published in loyalist printer James Rivington’s New York Gazette of July 21, 1779, news of the proclamation—subsequently named for Philipsburg Manor in what’s now Sleepy Hollow, New York, where Clinton had his headquarters—quickly spread through the colonies. When British troops captured Charleston, South Carolina, in 1780, thousands of slaves joined them. The same pattern was replicated in Virginia in 1781, where thousands more joined the British armies and naval warships that were freely operating on its land and rivers. Both George Washington and Thomas Jefferson lost slaves to Clinton’s strategy as British commanders such as Charles Cornwallis upheld its provisions.”

Whatever the numbers that had availed themselves of Dunmore’s and Clinton’s appeals, the American side was sufficiently exercised about the matter to seek reversal of the results in the final resolution of the war. The Treaty of Paris of September 1783, which is the official “deed” to American independence from our former sovereign—“In the name of the most holy and undivided Trinity,” as solemnly invoked in the preamble—specified (Article 7):

“ . . .  his Brittanic Majesty shall with all convenient speed, and without causing any destruction, or carrying away any Negroes or other property of the American inhabitants, withdraw all his armies, garrisons, and fleets from the said United States, . . . ”

So, it seems that, at least in part, Washington and Jefferson were fighting to preserve slavery after all. Or at least fighting to recover slaves that had slipped their grasp.

Upon Washington’s triumphant entry into New York to accept the handover of authority from Clinton’s successor, General Sir Guy Carleton, and provide for the evacuation of British forces on November 25 (long known thereafter as Evacuation Day, but now largely forgotten), the American commander raised the issue of Article 7. Carleton, with the poise befitting his station, replied that the Article applied to no such persons under his authority, since having already been set at liberty by His Majesty, they no longer constituted “property” within the meaning of the treaty language. This left only the question of compensation of their former masters, for which purpose Carleton prepared a registry called the Book of Negroes to record the 3,000 or so erstwhile slaves embarking to Nova Scotia, some of whom later resettled in the British manumission colony of Sierra Leone.

As recorded in his published correspondence, the Father of Our Country told Carleton that his position was “totally different from the letter and spirit of the Treaty” but, presumably having more important priorities, chose not to press the point. There is no indication any compensation was ever paid.