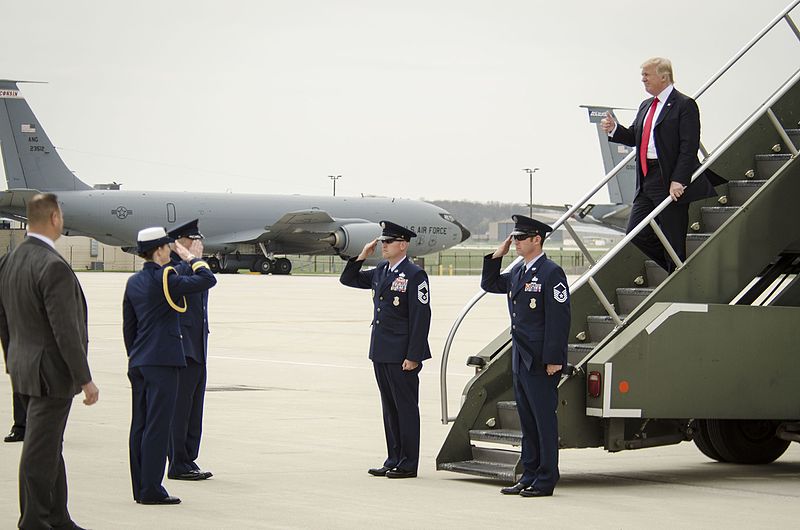 Suppose the Trump Administration’s game of chicken with Pyongyang goes wrong. Suppose it results in the vaporization of a goodly portion of Seoul’s 10 million-plus population, not to mention almost all of the 28 thousand or so American troops in South Korea.

It’s not an unrealistic scenario. Sure, there are those who say it can’t happen, that common sense will prevail—as though common sense were a plentiful commodity. But pretty much every gaming out of “kinetic military action” (to use the buzzword du jour) in Korea leads to a grim outcome.

Never mind the human cost for a moment, or the devastating reprisal that would be visited on millions of North Koreans, almost all of them hapless victims. Ask: What would be the impact on Donald Trump’s political fortunes? Would he be impeached for what would be a self-inflicted catastrophe of world historical proportions?

Even if he remained in office, would he be rendered nothing more than a pathetic, disgraced placeholder? Say goodbye to the Mexican wall, to restructured trade ties, to the whole MAGA agenda.

Why is it hard to shake the sense that some of those egging on Trump’s newfound bellicosity in Korea and elsewhere would thrilled with such a development?

Ever since he unleashed cruise missiles on a Syrian airbase in reprisal for an extremely dubious claim that the Damascus government had used chemical weapons against civilians, Trump seemingly has gotten in touch with his inner neoconservative. Repudiating in deed if not in word the America First policy on which he pledged his sacred trust during the campaign, Trump and his appointees have instituted a national security policy that hardly differs from Obama’s or what Hillary’s would have been if she had won:

Part of this reflects bad personnel selections. Boxed in by Russia-gate, part of it may be a short-term calculation born of perceived necessity—one step forward, two steps back. (After all, Steve Bannon has called himself a Leninist.) The pinprick strike on Syria indicates it may have been mainly for show.

Most of all, though, we see how weak Trump’s position is, election or no election. The Establishment may not have been able to stop him at the ballot box, largely because of how horrible the competing candidate and her campaign were. But they still may get the last laugh.

Perhaps more is at work than just flipping Trump to the neocon team, the way George W. Bush, who had promised a more “humble” foreign policy, was converted after 9/11. Can the Deep State and the MSM really rest easy with Trump in the White House? Goading and cheering him into a senseless war maybe provide a definitive solution to the Trump problem.

However bad it goes, the President’s newfound admirers certainly would not blame the disaster on their globalist ideology. Rather, the scapegoat would be readily at hand: a shallow, superficial, unqualified Twitter-addicted unstable personality who never should have been allowed into the Oval Office. “We supported him all the way but he just messed it up.”

If and when catastrophe strikes, in Korea, or Syria, or Iran or any one of the other places where Trump is being encouraged to press the envelope, former Trump critics now hailing the return of “leading from the front” will not take the fall. No, the albatross will be hung around Trump’s neck and those of those benighted deplorables who elected him.

Who then would be left to defend him?