A True Brexit, After All 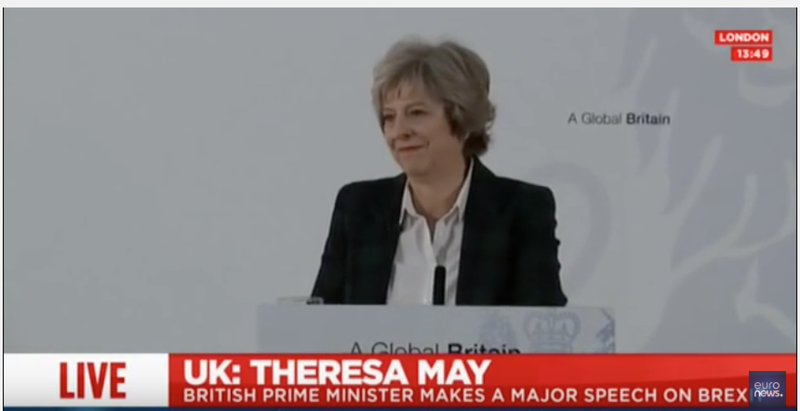 It’s been almost seven months since Britons voted to leave the European Union. By now it seems likely that a genuine, hard Brexit—as opposed to some “associate-EU-membership” fudge—will actually happen. PM Theresa May has a strategy, it seems. It is not to the liking of the British liberal elite, but it is in line with the old Tory instinct for political self-survival.

The London-based leftist establishment was as unprepared for the June 24 referendum result as its Bicoastal counterparts were for Trump’s victory four months later. The MSM stigmatization of Brexiters and Trumpers as deviants and unspeakables, the matter-of-course arrogance, and the initial refusal to accept the result as legitimate, were basically the same on both sides of the Atlantic. The syndrome was presciently defined two decades ago in Christopher Lasch’s posthumously-published collection of essays The Revolt of the Elites and the Betrayal of Democracy. The managerial elite of “experts” (lawyers, lobbyists, media types, PR consultants, academics, think-tanks analysts, IT specialists, celebrities, etc.) is connected on the basis of their commitment to an ideologically uniform forma mentis. It is highly mobile and totally divorced from any historical, naturally evolving communities. It lives in an abstract world of managing information, words and figures. It creates its own, postmodern form of discourse. It is militantly secular. It regards with utter contempt the Flyover Country in America, and all those Northern crappy towns in England.

My initial hunch was that there would be an anti-Brexit elite consipracy: “the coalition of multicultural fanatics, postnational technocrats, neo-Marxists and crooks who run the EU will be loath to risk another defeat.” My friend Michael Stenton, a professor of military history at Britannia Royal Navy College responded that my fears were natural and that he also shared them in the immediate aftermath, but the Tory instinct for power is considerable:

Michael Gove, in effect, opted for Teresa May. He may believe that she will bring across the centre of the party to Brexit. This would unify the party—by excluding the Eurofanatic rump—and allow it to dominate British politics. I believe the elite class—the small elite—is much less impressed or intimidated by the EU than it used to be. Cameron told the European Council that they sunk his chances by refusing to allow a British cap on immigration. That was key. It means we cannot be accommodated.

That message was sent on July 5; and seven months later it seems that Dr. Stenton was right. The elite class does seem to be smaller and less capable of guiding events than it had seemed. Immigration is the key, as it has always been. The Brussels nomenklatura’s slogan “No negotiation without notification”’—the demand Britain’s for formal submission to the EU rules by invoking Article 50 of the Lisbon Treaty—is meaningless. Prime Minister Theresa May—a lukewarm Euro-federalist of yore—has a different plan. She does not need to be in any hurry, even though Juncker, Merkel et al would dearly like to rush her. Brexit time is on Britain’s side.

Theresa May’s speech earlier this week on this key issue was down to earth and devoid of ideology or rhetoric on the “common values”. It was British, in an old fashioned, pragmatical sense: we are not exceptional, we have to do this because our people decided so, and because in the end it may well be in our best interest. No Churchillean blood-sweat-tears demagoguery; but it was a eloquent proof that the British Tory establishment that is still connected to “the nation.”

Theresa May’s talk can be seen as an opening bid for further talks with Brussels leading to some mid-2017 deal-making scheme on Britain’s part-post-membership, but it does not look so: the break will now be final. It is no mean feat for May to openly resist the forces of population replacement, in contrast to Angela Merkel’s insanity. May will not agree to “free movement” (i.e. rampant alien migrant invasion) in return for trade sops. With her latest speech Theresa May has finally taken back the entire Brexit discourse back to London. No more technical details, no more bureaucratic stonewalls. Good news for the supporters of the rebirth of Europe. The British will make solid, strictly bilateral deals, not least with the incoming U.S. Administration. The bureaucrats in Brussels, may huff and puff, threatening that May’ Brexit will be “hard, hard, hard” (Juncker) . . . but he is an emperor with no clothes. The EU is a spent force, ideologically and financially. Britain’s complete break with the monstrosity is a good and glorious thing, not only for Britain but also fot those Continentals hoping to break away from it.