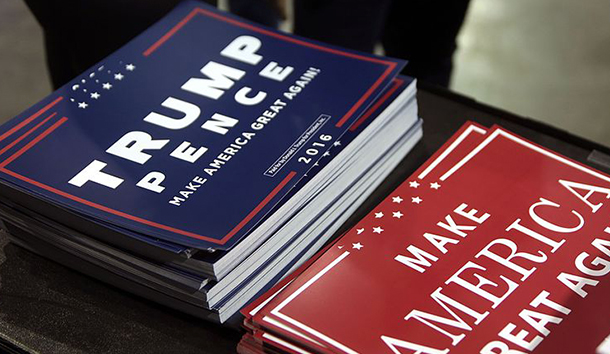 With Donald Trump soon to be inaugurated President of the United States, I can put forward what I see as the central factor in his victory. It is masculinity.

Trump is a condottiere, a soldier of fortune like Bartolomeo Colleoni whose statue by Verrocchio still stands in the Venetian square bearing his name. It is a marvelous image of power and movement, of obdurate masculinity, one of the greatest equestrian statues in the world. No other politician known to me evokes that statue. The unsung value of the times is feminization, an unyielding drive to reduce the maleness of men. The sheer numbers of women in prominent positions means that the issues with which they identify have to be addressed by men, especially politicians, if they wish to be successful. Watch, for example, an orchestral concert on TV, and note the number of women players whose bare arms catching the camera are a resource not available to jacketed men. The persistent myth of the “glass ceiling”—which does not exist—extends the cause. And “macho” is the all-purpose sneer aimed at undermining and demoralizing men. The word had no currency in the days, still in living memory, when warrior America was fighting the big wars. These days, any man who adopts the public persona of John Wayne is headed for failure.

Until Donald Trump. His every word and stance drives against the tenor of the times. The extraordinary performance at his news conference leaves his enemies as much baffled as shocked. But he wins. Perhaps the key demographic of the Presidential election is this: a majority of women voted for him, by 8 points. (The only recusants were college-educated white women). An entire theory of social values has been shattered, and I see no reason why things should change back. The brilliant device of the daily Twitter—now an arm of Government—will ensure that the President remains in close touch with the public. Trump does not triangulate masculinity.