Are America’s Wars Just and Moral? 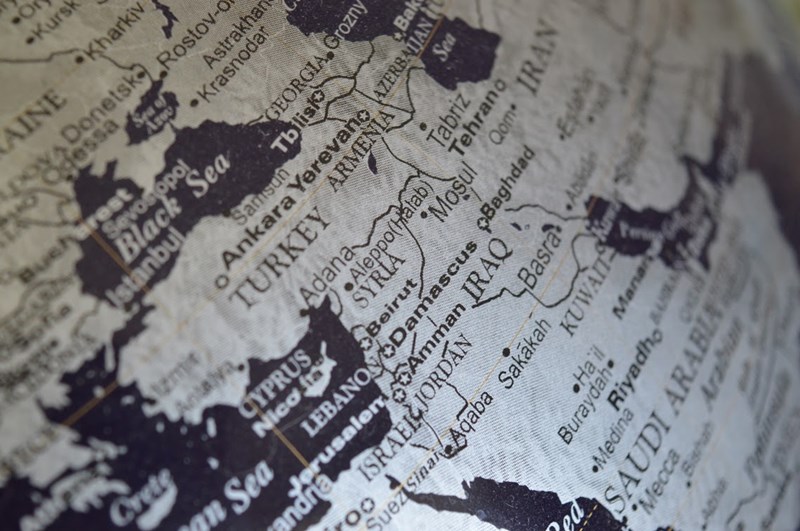 “One knowledgeable official estimates that the CIA-backed fighters may have killed or wounded 100,000 Syrian soldiers and their allies,” writes columnist David Ignatius.

Given that Syria’s prewar population was not 10 percent of ours, this is the equivalent of a million dead and wounded Americans. What justifies America’s participation in this slaughter?

“The result of the western-engendered carnage in Syria was horrendous: at least 475,000 dead, 5 million Syrian refugees driven into exile in neighboring states (Turkey alone hosts three million), and another 6 million internally displaced. . . . 11 million Syrians . . . driven from their homes into wretched living conditions and near famine.

“Two of Syria’s greatest and oldest cities, Damascus and Aleppo, have been pounded into ruins. Jihadist massacres and Russian and American air strikes have ravaged once beautiful, relatively prosperous Syria. Its ancient Christian peoples are fleeing for their lives before US and Saudi takfiri religious fanatics.”

Realizing the futility of U.S. policy, President Trump is cutting aid to the rebels. And the War Party is beside itself. Says the Wall Street Journal:

“The only way to reach an acceptable diplomatic solution is if Iran and Russia feel they are paying too high a price for their Syria sojourn. This means more support for Mr. Assad’s enemies, not cutting them off without notice. And it means building up a Middle East coalition willing to fight Islamic State and resist Iran. The U.S. should also consider enforcing ‘safe zones’ in Syria for anti-Assad forces.”

Yet, fighting ISIS and al-Qaida in Syria, while bleeding the Assad-Iran-Russia-Hezbollah victors, is a formula for endless war and unending terrors visited upon the Syrian people.

What injury did the Assad regime, in power for half a century and having never attacked us, inflict to justify what we have helped to do to that country?

Is this war moral by our own standards?

We overthrew Saddam Hussein in 2003 and Moammar Gadhafi in 2012. Yet, the fighting, killing and dying in both countries have not ceased. Estimates of the Iraq civilian and military dead run into the hundreds of thousands.

Still, the worst humanitarian disaster may be unfolding in Yemen.

After the Houthis overthrew the Saudi-backed regime and took over the country, the Saudis in 2015 persuaded the United States to support its air strikes, invasion and blockade.

By January 2016, the U.N. estimated a Yemeni civilian death toll of 10,000, with 40,000 wounded. However, the blockade of Yemen, which imports 90 percent of its food, has caused a crisis of malnutrition and impending famine that threatens millions of the poorest people in the Arab world with starvation.

No matter how objectionable we found these dictators, what vital interests of ours were so imperiled by the continued rule of Saddam, Assad, Gadhafi and the Houthis that they would justify what we have done to the peoples of those countries?

“They make a desert and call it peace,” Calgacus said of the Romans he fought in the first century. Will that be our epitaph?

Among the principles for a just war, it must be waged as a last resort, to address a wrong suffered, and by a legitimate authority. Deaths of civilians are justified only if they are unavoidable victims of a deliberate attack on a military target.

The wars in Syria, Libya and Yemen were never authorized by Congress. The civilian dead, wounded and uprooted in Syria, and the malnourished millions in Yemen, represent a moral cost that seems far beyond any proportional moral gain from those conflicts.

In which of the countries we have attacked or invaded in this century—Afghanistan, Iraq, Syria, Libya, Yemen—are the people better off than they were before we came?

And we wonder why they hate us.

“Those to whom evil is done/Do evil in return,” wrote W. H. Auden in “September 1, 1939.” As the peoples of Syria and the other broken and bleeding countries of the Middle East flee to Europe and America, will not some come with revenge on their minds and hatred in their hearts?

Meanwhile, as the Americans bomb across the Middle East, China rises. She began the century with a GDP smaller than Italy’s and now has an economy that rivals our own.

She has become the world’s first manufacturing power, laid claim to the islands of the East and South China seas, and told America to keep her warships out of the Taiwan Strait.

Xi Jinping has launched a “One Belt, One Road” policy to finance trade ports and depots alongside the military and naval bases being established in Central and South Asia.