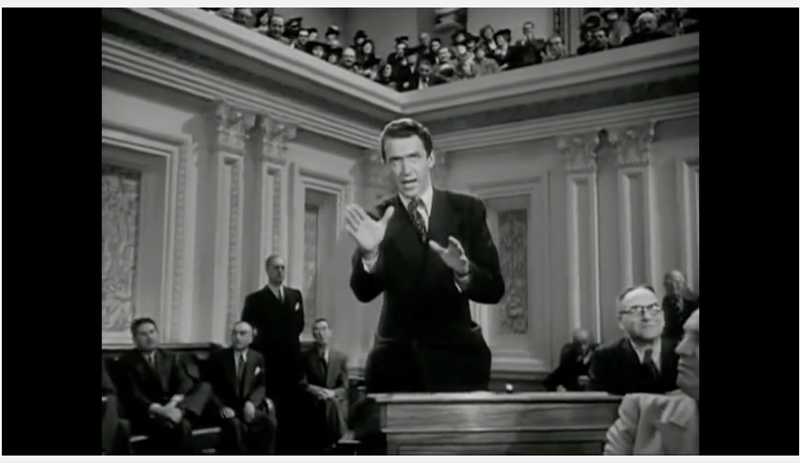 As the Stupid Party licks its wounds after the not-too-surprising disintegration of its bid to repeal and replace Obamacare, talk is again turning to abolishing the Senate filibuster with a “nuclear options” that would allow legislation to clear the World’s Greatest Deliberative Body (WGDB) with a simple majority of 51 votes (or 50 plus the Veep in case of a tie). While this latest fiasco took place solely among House Republicans, it happened in large part because of the need to craft a bill that would qualify for filibuster-proof Budget Reconciliation procedural consideration by the Senate. The result was a flawed, unviable piece of legislation that in the end satisfied nobody.

Threats from Senate Democrats to filibuster the nomination of Judge Neil Gorsuch to the Supreme Court have fed more talk of “going nuclear.” Senate Republicans are loath to take that step, anticipating the day they are back in the minority, even though it’s increasingly clear that they can pass almost nothing while the minority party still has blocking power in the upper chamber.

There’s just one little problem. There is no filibuster in the Senate.

The filibuster in its classic form—a tag-team of minority-party Senators inveighing at length on the floor to delay a vote they are sure to lose—hasn’t existed for decades. (The commendable filibuster-like speeches by GOP Senators Rand Paul and Ted Cruz in 2013 were essentially dramatizations.) Today, the proximate obstacle to getting legislation through the Senate with a simple majority is cloture, specifically Senate Rule XXII, which provides for limiting debate following a vote of three-fifths of Senators present. Ironically intended as a means to streamline Senate business, in practice Rule XXII means not much can get done without a 60-vote super-majority. Once Senators inform their respective leaderships they have 41 votes against a bill, it’s sayonara, time move on to something else.

The cloture rule empowers a lazy man’s filibuster. It allows a minority (today, the Democrats) of 41 Senators to “filibuster” a bill—including bills to repeal Obamacare, defund Planned Parenthood, confirm judges, building the Mexican Wall, etc.—from the comfort of their offices or fundraising receptions. They don’t have to haul their carcasses down to the Senate floor and speechify as long as their feet and bladders can hold out before they eventually have to fold and a simple majority vote proceeds.

Let’s stop making it easy for them. The Senate should revoke Rule XXII and go back to the archetypal filibuster that generally existed in the 19th and early 20th centuries.  Set up the cots in rooms abutting the Senate chamber, empty the spittoons, send out the Sergeant-at-Arms to round up stragglers! Let’s watch the assembled solons reenact Mr. Smith Goes to Washington on live TV! Especially with C-SPAN coverage, we’ll see how much time and political capital Democrats want to burn defending their enormities in front of the nation—and then make ‘em vote, up-or-down.

A return to the old-timey real-life filibuster would be magnificent political theater and valuable public education on the issues. It would also respect the WGDB’s tradition of affording the minority their right of unlimited debate while allowing for an eventual majoritarian vote to proceed. Best of all, it would provide a much better chance of getting Donald Trump’s legislative agenda to his desk.

Jim Jatras is a former U.S. diplomat and foreign policy adviser to the Senate GOP leadership. He is the author of a major study, “How American Media Serves as a Transmission Belt for Wars of Choice.” Twitter: @JimJatras.